You get the feeling from its buying spree that Electronic Arts may not want to stay the second-largest gaming company in the Americas and Europe forever. And from its recent decision to snatch up Glu Mobile for $2.1 billion, you'd guess it thinks boosting its mobile footprint will get it there.

Coming amid a wave of gaming industry consolidation, this will be one of the costliest video game acquisitions in history. Glu, whose gaming stable includes Design Home, Covet Fashion and MLB Tap Sports Baseball, has produced several quarters of underperformance relative to other gaming companies. 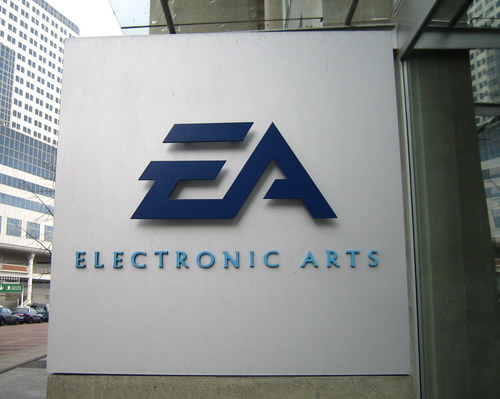 Not surprisingly, it received numerous takeover offers. But investors have appeared to approve of the choice Nick Earl's company made in the end. Glu's share price rocketed by 34% in extended trading following Monday announcement. One of these investors is China's Tencent, which bought a 15% (now 12.2%) Glu stake in 2015.

Andrew Wilson's Silicon Valley gamemaker, whose Star Wars games have brought in over $3 billion in revenue, said on Twitter it was "looking forward to welcoming the Glu Mobile team," and to "creating the industry's best mobile team together."

EA sits on a cash-rich balance sheet, and plans to use it. At the end of the year it bested its rival Take-Two Interactive to snatch up the UK-based racing game developer Codemasters for $1.2 billion.

These are good times to be in the business of selling videogames: Global revenue in the games business was up 13.3% last year. With real-world entertainment stuttering to a halt during the coronavirus pandemic, virtual entertainment is what's left. Video game sales in the US alone soared to a record of nearly $57 billion in 2020.

It is also a consolidating market, as bigger companies sit on cash and seek to plug their gaps. Other consolidations in the sector in recent months have included Microsoft's $7.5 billion purchase of ZeniMax Media, and Sweden's Embracer acquiring Gearbox and Easybrain.

The 36% premium EA is paying on Glu's share price – $12.50 a share, up from a closing price of $9.39 – shows the gaming mergers market is competitive. Shares of Glu's rival Zynga also soared after by 13% as investors wondered if other acquisitions could be in the offing.

For EA, which does well among male gamers with titles like FIFA 21 and Madden NFL 21, purchasing Glu also carries a hope of attracting what could be an enormous market of female gamers.

Lest you think this an entirely high-minded aim, Glu's stable includes Kim Kardashian: Hollywood, not to mention celebrity games based around the likes of Britney Spears, Gordon Ramsay, Jason Statham and Nicki Minaj.

Critics, though, questioned the 38-year-old company's record in past acquisitions, as well as the timing for a large move into mobile gaming. "Mobile games are decent if you aren't in your house," quipped one gamer on Twitter.

EA also has occasionally attracted fire for using monetary in-game systems and microtransactions. These are often called loot boxes, though the company prefers to label them "mystery boxes" or "surprise mechanics."

Glu, also based in the San Francisco Bay area, formed in a 2004 merger of two gaming companies, California's Sorrent and London's Macrospace.

The acquisition is expected to close at the end of June, after which, EA hopes, it's game on.