Amazon's cloud and ads rocket even as growth slows

Leaving the ecommerce giant's core online shopping business growing at its slowest rate since 2019, at 15%. While revenue still increased 27% to $113 billion, for two consecutive quarters the online giant's sales have been slower than expected. Many companies are now lapping weaker second quarters than a year ago. This is signally not the case for Amazon. 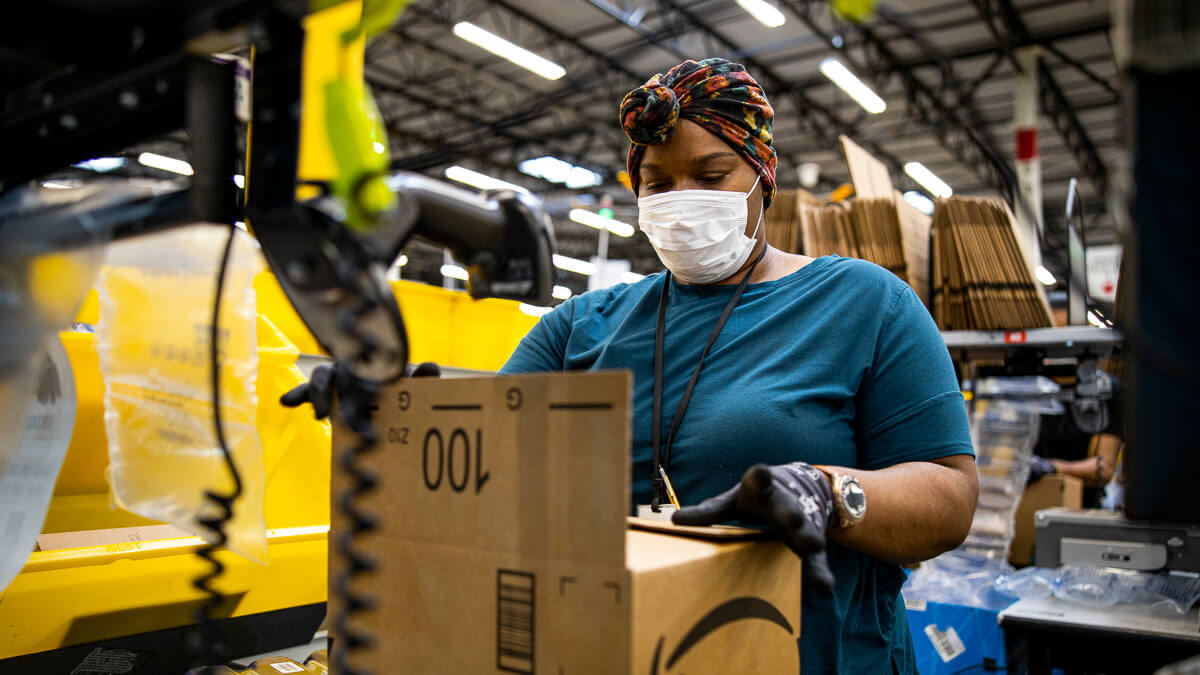 It wasn't all bad, with sales topping $100 billion now for three quarters running, and quarterly profits of $7.8 billion. Put in context, Amazon makes over $1.4 billion a day.

Summertime and the cloud business is easy

Its cloud revenue, though, beat estimates, with Amazon Web Services growing 37% in revenue to $14.8 billion, up from $10.8 billion a year ago. This is the second straight quarter of plus-30% growth for AWS, already the cloud industry's biggest player, and whose head Andy Jassy replaced Jeff Bezos in the top job on July 5. Bezos had reigned for 27 years before departing to eat Skittles in space. AWS's market share, 41% in 2020, is more than double that of second-place Microsoft, estimates Gartner.

AWS has plans to build new data centers in Israel and the UAE, and a new relationship with Dish Network to build out cloud-based 5G infrastructure.

Mad Men of the Amazon

Advertising is also raising Amazon's tides, with ad revenues up by a yearly 88% to $7.9 billion. Amazon calls it its "Other" unit, but it commands 10% of the US ad market  "bigger than Snapchat, Twitter, LinkedIn, Spotify, and Pinterest's ad businesses combined," pointed out Tanay Jaipuria on Twitter.

The last quarter saw self-serve capabilities and some 40 new features added to its Amazon Advertising portal. Interestingly, for a company which has previously exercised a clenched grip over customer data, it is piloting a service letting merchants contact shoppers on email directly.

While the big question is how sticky these pandemic shopping habits will prove, Amazon is still on pace to overtake Walmart as the world's biggest retailer by sales as early as 2022. Unlike Google and Facebook, Amazon is not going to mandate vaccines among staff returning to their offices in September.

It also faces a harsh gaze from regulators, legislators, and prosecutors in the US and Europe. Just today for instance, it emerged Amazon has been hit with a record-breaking 746 million GDPR fine for processing personal data in violation of EU rules.

Jassy pointedly observed the company had helped provide "PPE, food, and other products that helped communities around the world cope with the difficult circumstances of the pandemic". Best not break it up in case it's needed again, was the subtext. But after announcing a deal in May to buy the film studio MGM for $8.5 billion, Amazon's not exactly lying low, either.