Tech rift widens as US shuts out China Telecom

After a few strokes of the regulatory pen, it suddenly finds itself homeless in the US. The Federal Communications Commission (FCC), which regulates the US telecom sector, has revoked its license to provide telecom services on US soil. In a show of bipartisanship, not one of the four sitting commissioners voted against that decision.

Their rationale is best summed up by Brendan Carr, one of the FCC commissioners affiliated with the Republican Party. In his published statement, he said "the FCC's own review found that China Telecom Americas poses significant national security concerns due to its control and ownership by the Chinese government."

Similar language, of course, has been used before by US officials to justify punitive measures against other Chinese telecom and technology firms. 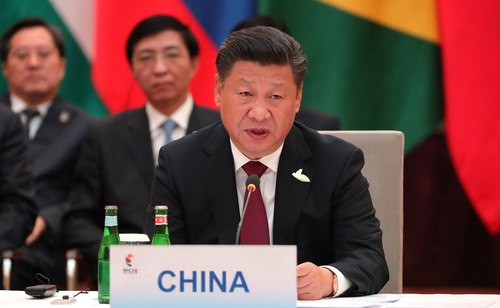 Unlike the trade sanctions imposed on Huawei, which have crippled the Chinese vendor in some of its most important markets, the move against China Telecom will barely inflict a bruise.

The main job of its US subsidiary is to provide businesses and carriers with connectivity to China. While not broken out in China Telecom's financial statements, sales from the Americas will account for a tiny share of the company total.

China Telecom generates the bulk of its $62 billion in annual revenues by selling fixed and mobile services to millions of domestic consumers.

The FCC's intention, though, is not to throttle China Telecom but simply banish it from the States. Increasingly aggressive outside China, the Chinese government already relies heavily on homegrown technologies to track, reward and punish its own citizens, as demonstrated by its controversial social credit system.

As Chinese fighter planes scream through Taiwanese airspace, Democrats and Republicans alike have grown concerned that similar technologies could be used to snoop on Americans and even bring down critical infrastructure.

That explains why the FCC is not stopping at China Telecom. In her own statement on the decision, FCC Chairwoman Jessica Rosenworcel said that "we are moving expeditiously to complete our security reviews for similarly situated carriers like China Unicom Americas, Pacific Networks and ComNet."

Standing up to China

The entire affair clearly provides further proof of the widening rift between the American and Chinese technology ecosystems. If that does not especially hurt the Chinese service providers, it could turn into bad news for other Chinese technology firms that still export goods to the States.

"The action demonstrates that the FCC can stand up to the world's big players and suggests that the FCC will have no problem to deny equipment authorizations for the likes of DJI, Huawei, Hikvision, Lenovo and others as it contemplates in the Covered List proceeding," said Roslyn Layton, the co-founder of China Tech Threat, a group that monitors and advises on Chinese technology, in an email to Light Reading.

Less known than the Entity List, which names organizations forbidden from buying American technology, the Covered List identifies companies that "pose an unacceptable risk to the national security of the United States."

Compiled by the FCC in March this year, it currently names just five companies, all of which are Chinese. They include network equipment vendors Huawei and ZTE as well as Hytera Communications, Hikvision and Dahua Technology, three developers of video surveillance and telecom products.

But Carr is already pushing for DJI to be added to the list. A Chinese drone maker, it has reportedly built a dominant position in a US market for non-military drones estimated to be worth $4.2 billion annually.

Lenovo, the Chinese maker of PCs and other devices that Layton calls out, made revenues of about $18.8 billion in the Americas last year  31% of the company total  and claims that North American sales grew at a double-digit rate. The revocation of its own permits to sell equipment in the US would be nothing short of disastrous for Lenovo.

This would also be a massive escalation, however, and one that would probably trigger a Chinese response. The difficulty for US lawmakers is the extent to which globalization has enmeshed the Chinese and American technology markets.

A standout example is Apple, which assembles gadgetry in China and sells much of it to Chinese consumers. Last year, it generated revenues of about $40 billion in China, roughly 15% of total sales.

The entanglement of Chinese and US technology is stark in some of the clubs and associations that have recently sprung up in the telecom sector.

The FCC might be able to evict China Telecom from the States, but it has no authority to eject it from the O-RAN Alliance, an organization headquartered in Germany that is developing new specifications for telecom networks.

China Telecom is a prominent telco member of that group and one of 44 Chinese organizations that participate in it, according to Strand Consult, a Danish advisory firm. Despite that, some US policymakers view these O-RAN Alliance technologies as a secure alternative to Huawei.

Widely used software systems are another potential concern. Kubernetes, an open-source platform that began life in 2014 as a Google project but is now managed by the Linux Foundation, appears to be at least part-Chinese.

By late 2017, Huawei had gained a seat on the Kubernetes Steering Committee and was claiming to be the fifth-biggest contributor to the platform. Europe's biggest operators now want Kubernetes to underpin some of the new O-RAN functionalities.

The telecom industry's big fear is that a rift between China and the US will eventually cut through standards. For all the wrangling, American companies are still allowed to sit alongside Huawei in the 3GPP and other standards bodies working on 5G and its successor technologies.

A return to multiple international standards would undoubtedly bring an increase in equipment prices and service fees. That is unlikely to be in anyone's interest.