How one US cable exec is helping Ukraine, and how you can too

Roughly one year ago, Derek Elder was president of Sercomm Technology, living between Atlanta and Sarasota, Florida, and working to supply fiber, 5G and cable equipment to network operators worldwide. It was to be one of his last major leadership roles after an almost 30-year career in the US telecom industry.

Today, Elder is criss-crossing between the US, Poland and the cities of Lviv and Kyiv, Ukraine. (It's relatively safe, he says, given the successes of the Ukrainian military). He's doing it in collaboration with an informal network of business leaders, working at the behest of government officials, to keep the country's networks and computer systems up and running throughout Russia's invasion of the country.

"This rallying of this informal network of experts around the world is part of the reason why Ukraine is still in the fight," he said during a recent WhatsApp call with Light Reading from Lviv. "We're able to crowdsource information, crowdsource troop movements, crowdsource material. We're working at crowdsourcing everything the country needs to stay alive." 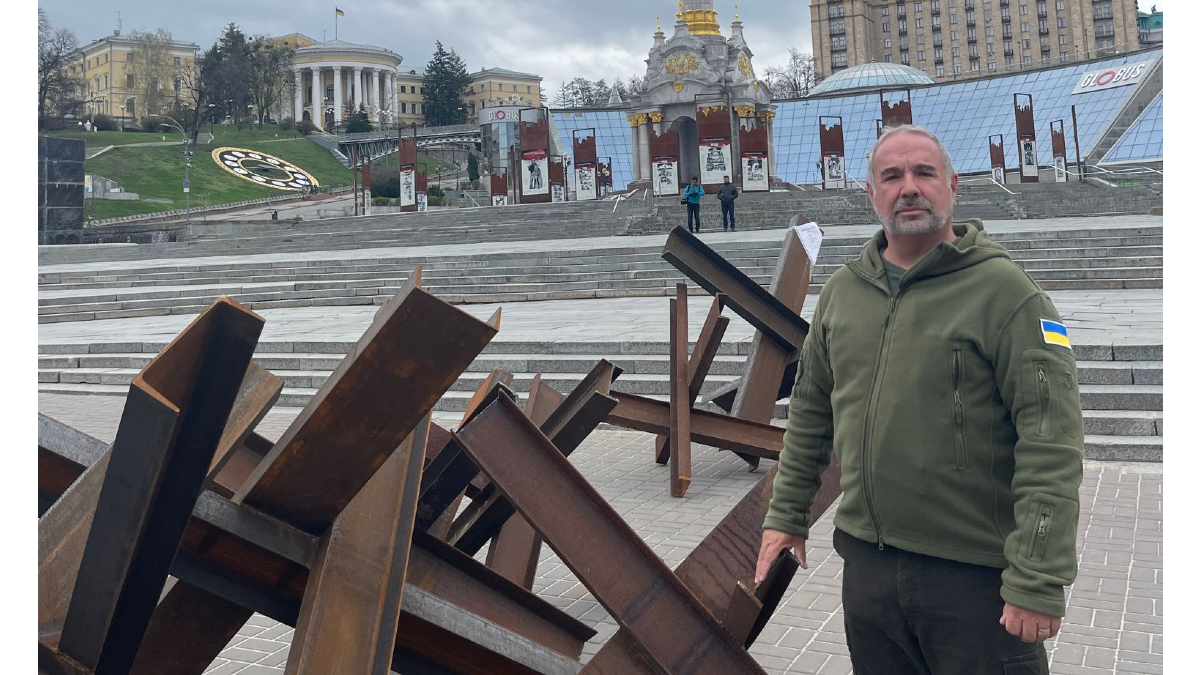 "On Friday of last week there was a cruise missile strike on a neighborhood in the southeast part of Kyiv. And it took out a power substation that happened to be serving a local data center that supported the websites that supported the refugees," he said, explaining that the once-obscure Ukrainian government website is now handling requests from millions of displaced Ukrainians. "This strike highlighted the need for redundancy, so we're helping them get it. We are reaching out to the HPs, the Dells and the Ciscos and trying to solicit donations of equipment to help them scale and harden their infrastructure," including generators.

His latest project? Obtaining around 60 emergency cell towers to set up portable 3G and 4G networks in cities hit by Russian forces. "The first things that they [the Russians] would blow up would be the cell towers and the TV and radio towers, because they wanted to disrupt information," he said.

"These cities are blacked out and don't have any sort of telecom connectivity," he continued. "These are the places where the Russians are going in and commanding the airways. They're putting on Russian news, Russian propaganda. They're telling the people that [Ukraine President Volodymyr] Zelenskyy has surrendered, that the war is over. Having these telecom networks available is like the path to freedom. It's what keeps the people from giving up."

From Atlanta to Kyiv

For Elder, Russia's invasion of Ukraine hit close to home. His wife is Ukrainian, they own a house in the country, and his wife's extended family lives there. Shortly before Russia's invasion of the country, Elder and his wife worked to evacuate all of their close relatives who wanted to leave. First, they went to Dubai, assuming that the situation would be resolved relatively quickly.

"Well, Dubai's expensive," Elder laughed. "So where should we go? That's, you know, still warm, but not nearly as expensive? So we went to Egypt for a month." After that, he said, they settled in Poland because it's immediately west of Ukraine, allowing Elder to transport equipment and other necessary supplies into Ukraine and to bring out additional family members.

Elder credits much of his work in the country to the contacts he developed in YPO, a global CEO leadership organization with a sizable Ukrainian contingent. He's also on the board of IT company Miratech, which maintained a business in Ukraine before Russia's invasion of the country.

In the early days of the war, Elder said that he and his YPO contacts first started working to obtain critical basic supplies like medical equipment and body armor. "Once we got all of those things moving, which is the important triage of keeping people alive, then we started branching off into more specialized areas," he said. "Because my expertise is in telecom and I have a lot of relationships in telecom, I'm spending my time on that front."

In recent weeks, those efforts have taken him from the country's border and into the heart of Kyiv. "From Lviv, you take the train because, on the west side of Kyiv, the bridges were blown out to keep the Russians from getting in. You can drive, but once you get close to Kyiv, you have to go off the highway and, I would say, it's complicated," he explained. "If there's anybody after President Zelensky that deserves a peace prize or whatever, it's the CEO of the Ukrainian railway. I mean, even in horribly war-torn places, they've kept the trains running, at great risk to the employees, to be able to get people and important material in and out."

Elder said that he's been working with Ukrainian telecom officials, including Liliia Malon of the National Commission for the State Regulation of Electronic Communications, Radio Frequency Spectrum and the Provision of Postal Services (NCEC). It's basically Ukraine's version of the FCC, and he said that the agency has transformed into a kind of central procurement operation for networking equipment needed by operators around the country.

That way, he said, "they can speak in one voice out to the world on what they need across all of the infrastructure in Ukraine, both fixed line and wireless. So, that's where I'm spending most of my time now, is figuring out where that equipment can come from."

Elder and his partners have developed a list of the network equipment that's needed across the country. He said that he's working his list of contacts across the industry in the hopes that individuals or companies will donate what's needed. According to Elder, much of the equipment is what Western network operators might view as obsolete. However, "this stuff is desperately needed in Ukraine to just get the most basic connectivity to the war-ravaged areas," he said.

Light Reading is publishing an abbreviated list of Elder's equipment requests below, in the hopes that our readers might be able to help. Contact us here.