Intelsat needs more than a debt restructuring to fly

Satellite communications has always been a partly invisible affair. Once the satellites have been launched into space, they are forever lost to the eye in the distant darkness, unlike the terrestrial basestations that dot the land. Now one of their oldest operators is also going dark.

Conceived when JFK sat in the White House, Intelsat is turning private after spending eight years as a publicly listed company. A financial restructuring announced this week is designed to more than halve debts at the bankrupt business, slashing them from nearly $15 billion to just $7 billion. Intelsat's aim is to emerge from bankruptcy protection by the end of this year as a private company. With plans for a public return in the next five years, it watched its share price crash 38% on the day of its restructuring announcement. 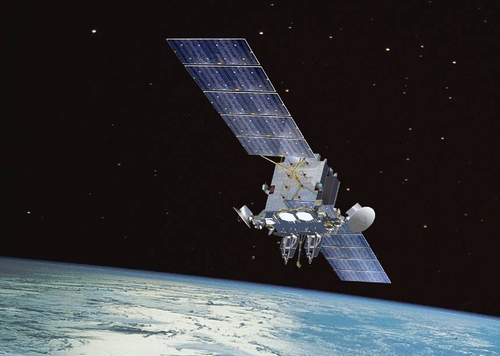 Just what has gone wrong at Intelsat? Unlike satellite compatriots such as Iridium, its dream was never to put satellite phones into the hands of ordinary consumers, a strategy upset by the advent of 2G and 3G technologies. Instead, Intelsat became an early pioneer of fixed satellite services (FSS), using dishes on the ground (the visible part of its business) to provide communications services for telecom operators, broadcasters and government organizations. More recently, it has launched itself into the market for in-flight connectivity.

This, however, is the only part of its business that showed sales growth for the recent second quarter. Thanks to Intelsat's $400 million takeover of Gogo last December, it was able to book an additional $64.2 million in revenues generated by the in-flight connectivity specialist. Strip that out and sales were down 8%, to about $444 million.

Annual revenues peaked at about $2.6 billion way back in 2012. Since then, they have dropped like a faulty satellite, to about $1.9 billion last year. Just as Iridium and others were hurt by the success of terrestrial mobile technology, Intelsat has suffered (albeit less dramatically) as cable and fiber-optic services have chewed into its market.

Intelsat has been burdened by losses throughout most of its existence and has failed to report an annual profit since 2017. In its last fiscal year, its net loss stood at nearly $910 million. Satellites, unsurprisingly, are darned expensive. Depreciation and amortization costs alone at Intelsat came to about $653 million last year.

What has really crippled the company, though, are its interest expenses, the biggest line item by far in its full breakdown of costs. Last year it coughed up almost $814 in interest expenses, and the 2019 figure was nearly $1.3 billion, equalling about 62% of sales. Private equity shareholders have gorged Intelsat on debt to fund acquisitions (such as Gogo) and pay dividends.

All that culminated in a bankruptcy filing in May 2020, when Intelsat effectively acknowledged that it could not continue to service debts while spending another $1 billion on so-called "clearing activities." These were mandated by government officials who have seized much of the C-band spectrum used by Intelsat and other satellite companies and sold it to US mobile operators, raising more than $80 billion so far. The spectrum requisition has forced Intelsat to squeeze customers into the upper part of the C-band, leaving the lower part free for new 5G services.

Intelsat is confident it will eventually bounce back. The debt restructuring and decision to go private are the first milestones in that process of recovery. It is eventually due about $4.9 billion in compensation payments under the government plan, although it will have to wait until 2024 to receive most of this money.

But the big question is what service role Intelsat will eventually play. Its mainstream business has been shrinking for nearly a decade, the accounts show. New technologies and new competitors are crowding into the communications sectors, including younger satellite ventures sporting more advanced systems. Elon Musk's Starlink is just one that could challenge Intelsat by selling connectivity services to operators.

Competition from tech and Internet giants will be hard to withstand. In a sign of the frenzied interest in satellite, Amazon this week wrote to the Federal Communications Commission to complain about a new satellite application by SpaceX, Starlink's parent. "SpaceX's novel approach of applying for two mutually exclusive configurations is at odds with both the Commission's rules and public policy," it said. The letter came from Kuiper Systems, an Amazon subsidiary that plans to invest $10 billion in a satellite system for broadband connectivity.

In this week's statement about restructuring, Intelsat intriguingly talks about building "the world's first global 5G satellite-based, software-defined, unified network of networks." Its constellation of satellites, it goes on to say, "will be capable of supporting virtually any access technology, enabling the next generation of global mobility, IoT, and 5G services with never-before-seen simplicity, coverage, economics, and performance."

Yet this sounds like a wholesale reimagining of the Intelsat business, and the details are thin. Intelsat makes not so much as a single reference to 5G in the last quarterly report it filed with the SEC, and it talks in a very generic way about 5G in its previous annual report. In going private, it will not have to worry about the scrutinizing of plans to which it has been subjected as a public company. But without a stronger proposition, Intelsat could ultimately be in for a hard landing.