Intelsat, Kymeta show off sat 5G in a moving car

Was it satellite-enabled 5G you were after, in a moving car?

So if you want to take your eventual driverless car somewhere far off data networks, but it's a car that relies heavily on cloud computing networks, now you might be in luck. Hooking up cars and satellites, fun as it might sound, has been inhibited so far by big antenna sizes. 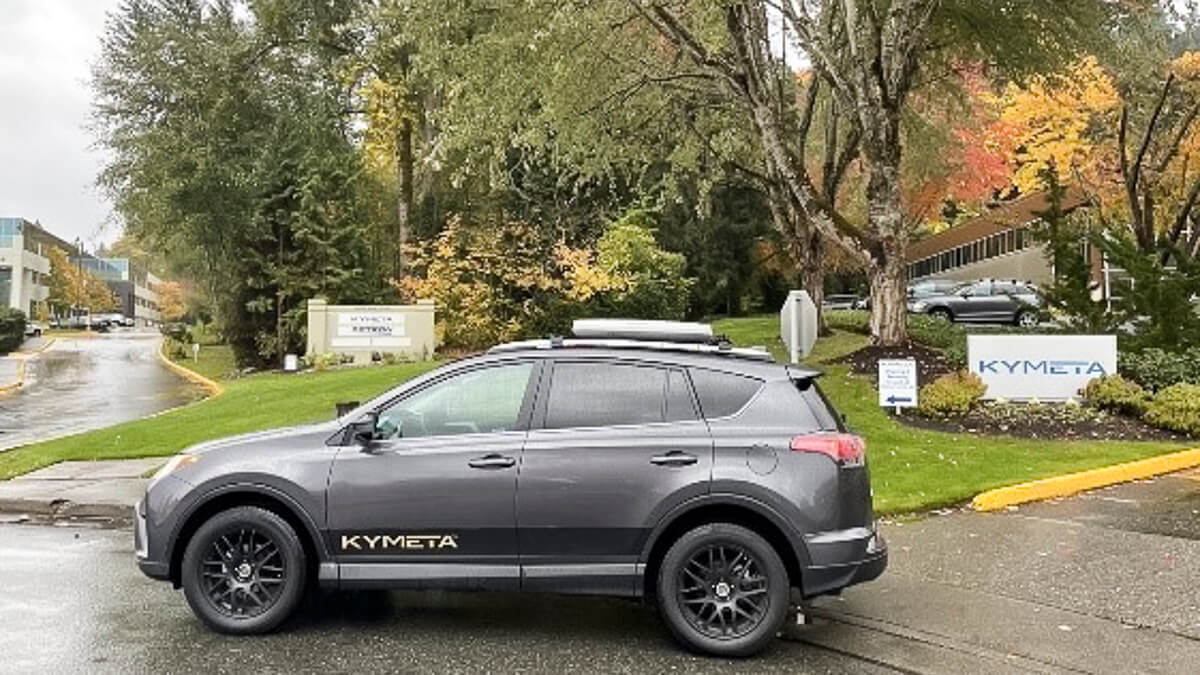 Instructions from above: Getting your 5G connectivity from a LEO satellite means your smart car can stay online wherever you are.
(Source: Kymeta)

Elon Musk's Starlink satellite network has been working on receivers to interact with moving vehicles, but at about 20 inches wide, the dishes for now can only work in trucks and camper vans.

Kymeta has an electronically steered, flat-panel antenna it calls the u8. It's a step up from the company's previous antenna, oddly enough called the u7, in that it provides full coverage of the whole Ku band.

The Ku band is the chief microwave band for satellite communications, and is split into different segments which vary by geographical region. One of the advantages is it can be used with smaller antennas, and Kymeta's antenna has no moving parts as it tracks and steers towards satellites.

This early testing for the development of 5G standards over satellite is "an important step in the next generation of connectivity and where 5G is heading," said Ryan Stevenson, Kymeta's chief scientist, about the company's participation in the test.

Get out of the sky, get into my car

It all ultimately involves much more than just neat things you can do with 5G and satellites.

Autonomous vehicles will generate up to 40 terabytes of data an hour, from cameras, radar, and other sensors. This is as much as an iPhone uses in 3,000 years. They will slurp up even more, says Morgan Stanley. But only 10% to 15% of the earth's surface is covered by mobile phone networks. So autonomous vehicles are an easy sell for satellite internet.

Even more conventional automaking is moving towards the ideal of a "connected car", with up-to-the-minute infotainment apps and other downloadable new features. Selling updates can free carmakers from the boom and bust cycle of traditional vehicle sales, and might create recurring revenue, thinks Ford CEO Jim Farley.

It's a trick Tesla has got very good at. And downloading software updates by satellite has the extra advantage that you can reach vast numbers of vehicles at the same time.

Find me up in the clouds

For Intelsat, it offers a useful extra quiver to its bow.

Offering inflight connectivity for commercial aircraft, with more airplanes in the air, drove the company's network services revenue in the third quarter up 43% from the same period last year, to $241.7 million. But the company needs a bit more of that, with its third quarter loss of $145.7 million up by almost a factor of ten from $15.5 million a year ago.

Intelsat and OneWeb also went to the Pentagon this week, to show off jointly how satellite terminals could simultaneously link to geostationary and low-earth orbit satellites to offer two-way voice, video, and data downloads for the US military.

The two companies used a Kymeta U7/8 terminal, as well as Litecom's GEO terminal and OneWeb's Intellian terminal.

And for Intelsat, the satellite operator will be hoping that between cars, planes, and fighter jets, it can sell enough connections up to its constellation to start seeing profit from space.