Recently, Vodafone Spain completed the deployment of 12,000 Distributed Converged Cable Access Platform (D-CCAP) sites. In the second quarter of 2018, Vodafone Spain will complete the DOCSIS 3.1 upgrade of its nationwide network covering 7.9 million coaxial lines and provide up to 1 Gbit/s access broadband and 4K video services on the live network. This is the largest DOCSIS 3.1 network reconstruction project in Europe so far. 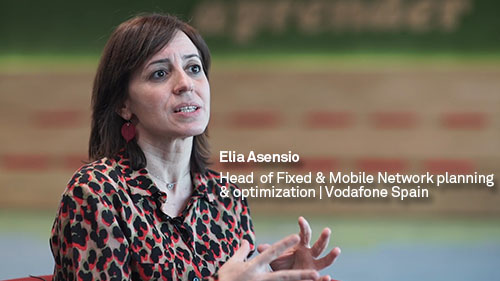 FMC with multiple services to face challenges
After more than ten years of high-speed expansion, Vodafone Group has made strategic adjustments to change its focus from voice services to data services, and centering on customer experience to consolidate its market position and cope with the fierce market competition. In addition, Vodafone Group invested in or acquired multiple fixed network operators, including traditional multi-system operators (MSOs) to develop fixed-mobile convergence (FMC) services. For example, in March 2014, Vodafone Group spent 7.2 billion euros to acquire ONO, one of Spain's traditional MSOs.

As soon as the acquisitions was completed, Vodafone Spain quickly settled on the future-oriented fixed network strategy of multi-service convergence network and gigabit access from any media. However, the competition was still very fierce. Telefonica had the highest broadband coverage in Spain. After Orange acquired Jazztel (a local operator in Spain), its coverage had caught up with Vodafone Spain.

Therefore, Vodafone Spain wanted to have more differentiated new services in the market to acquire more subscribers and raise ARPU, and finally they chose 4K TV and started in bars. In Spain, there are 120,000 bars and 130,000 restaurants and coffee shops. Data shows that 4K sports live broadcast can help the revenue growth of bars or restaurants. Therefore, 4K video services are extremely popular in the Spanish bar market, which gives Vodafone Spain a new market breakthrough point.

Distributed CCAP architecture revolution
According to the service planning of Vodafone Spain, the future bandwidth requirements increase rapidly. It is estimated that the average traffic of each node will exceed 3 Gbps in 2019 and will reach 5 Gbps in 2022. To cope with future pressure of bandwidth growth, Vodafone Spain decided to use distributed CCAP to replace centralized CCAP and reduce the shared domain of its existing spectrum bandwidth capability of home coverage from 3,500 to 500, which 7-folds the downstream capacity compared with the centralized CCAP.

Vodafone Spain has planned that the spectrum will be kept in the 860 MHz range at the initial stage. In the middle stage, live-network amplifiers could be upgraded to support the 1.2 GHz high frequency to expand the bandwidth, or conduct further fiber deeper distributed CCAP splitting. When the average traffic of each optical node exceeds 5 Gbps, the traditional Digital Video Broadcasting-Cable (DVB-C) spectrum will be released for data- and IP-based video bandwidth. Huawei D-CCAP has the best full-spectrum DOCSIS 3.1 performance in the industry and supports up to 10 Gbps downstream and 1.5 Gbps upstream capabilities. Once deployed, it can meet the bandwidth growth requirements of Vodafone Spain in the future. This helps Vodafone Spain avoid centralized CCAP's high accumulative cost from network construction and frequent service interruptions caused by optical site splitting year by year.

Quick win achieved, what's next?
Until now, Huawei has successfully completed the cutover of over 200 hub equipment rooms and 12,000 D-CCAP sites. Due to the broadband capacity expansion brought by the distributed deployment of the coaxial network and the increase of network signal-to-noise ratio (SNR), the network traffic of Vodafone Spain is lighter than before, and the maximum E2E network latency is reduced by 70% compared with that before the network reconstruction. The overall network quality is greatly improved.

At the same time, Vodafone Spain's DOCSIS 3.1 network transformation has taken effect commercially as well. In 2017, Vodafone Spain provisioned coaxial gigabit broadband and 4K HD TV services in some regions. A total of 250,000 new convergent package subscribers were obtained in 2017. The FMC strategy reduced the churn rate by 75% and improved subscriber loyalty. "We are in a more competitive position, we are being much more efficient than we were in the past, and also we are much more competitive in terms of commercial offers." Elia Asensio continues.

Is Your Workforce Ready?

What Can the Telecoms Industry Learn From Top-Flight Orchestral Conductors?