OTT Has Become a Copycat League

National Football League fans of a certain age might recall when the late Bill Walsh brought his "West Coast Offense" system to the San Francisco 49ers and took the league by storm with a system that stretched defenses beyond the breaking point. Other coaches and teams soon adopted variations of that system to counter inevitable defensive adjustments.

Before and since, the NFL has been known as a copycat league -- whenever something new and inventive is discovered and found to be effective on the gridiron, you can count on everyone else to copy it into their playbooks, inject some nuances and call it their own.

This type of thinking has rapidly emerged in the OTT video market -- most of the major players appear to be working off very similar game plans: As the OTT market becomes increasingly fragmented with various SVoD and new virtual MVPD services, all of the platform players are gravitating to aggregation systems that cross-search, sell and manage a broad array of individual apps. Owning and operating the streaming platform -- and having control of the billing and provisioning relationship and the revenue-sharing models that it entails -- has superseded the importance of the individual (and increasingly niche-oriented) streaming services. The sum has become greater than the parts.

Though Apple is known as an innovator in many areas (arguably a lot less so these days), its video and TV strategies have been also-rans and have failed to set the world on fire. And yesterday's video-oriented announcements -- Apple TV Channels and the coming Apple TV+ service -- likely did little to fan the flame, raise the heat and help to set Apple apart in this crowded market. 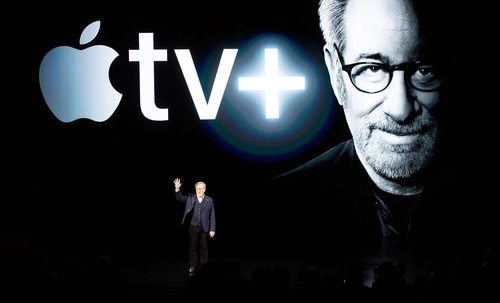 Will Apple TV+'s star power be bright enough to shine through in a crowded market of premium streaming video services?

Despite a few nuances, Apple TV Channels looks like a carbon copy of the approaches (down to the name) taken by Amazon Channels and The Roku Channel -- bring everything together and remove the friction required to sign up for new services and find content within the supported individual services. And that angle is in the same vein as what Comcast will try to pull off with Xfinity Flex, a streaming platform targeted to broadband-only customers.

And there's no telling if Apple TV Channels and the company's TV app refresh will move the needle much with respect to drawing a massive number of new consumers to its platform. It's possible that it might help Apple retain the base it has while picking up some consumers that tap in on the various third-party devices that Apple's new TV App will support (Roku, Amazon Fire TV and a selection of smart TVs). But for the most part it looks like a position-holder and a big pile of same ol' same ol'.

Then there's Apple TV+, the premium-level, ad-free digital video service in development that will feature a library of exclusive, original content. With respect to the name, Apple does not score points in the creativity department -- it'll be in the market alongside other services that have tacked on "+" to their names: Disney+, ESPN+, Tennis Channel Plus and FX+, among them.

Details on Apple TV+ are in short supply (Apple won't announce info on pricing and availability on the new product until this fall), but it will clearly try to stand out from the streaming crowd with sheer star power, as it's working with several big names, including Oprah Winfrey, Steven Spielberg, Jennifer Aniston, J.J. Abrams and M. Night Shyamalan, for a variety of series and specials.

Though reports have speculated that Apple will offer originals for free when viewed on the company's own devices (nothing of the sort was announced on Monday), yet another premium OTT service could be a hard sell and further dilute the market and exacerbate a new first-world problem commonly being referred to as "subscription fatigue." Deloitte's latest Digital Media Trends study, for example, found that almost half of consumers taking a subscription streaming service feel there are too many choices out there already. I didn't consult Mark Mothersbaugh on this point, but he and his surviving bandmates probably aren't the least surprised.

Apple hasn't announced everything that will be packed into Apple TV+ and what price it will fetch, but some industry watchers believe that, even if Apple produces some very good shows, the offering won't nearly be enough to cut very deeply into the hides of OTT giants like Netflix, Amazon Prime Video, Hulu, not to mention what Disney and maybe WarnerMedia cook up for their respective direct-to-consumer services.

Analysts at Jefferies Group speculated that the price of Apple TV+ would likely come in "substantially below" Netflix ($12.99 per month for its most popular plan) and whatever price is set for the Disney+ service. "If Apple is playing the long game here, it could pressure financials for years," they wrote in a research note, citing reports that Apple is shelling out more than $1 billion on originals.

Despite being fueled by high-octane Hollywood names, Apple TV+ will be "too thin to win," and will struggle to get traction against other major OTT players, nScreenMedia's Colin Dixon predicts.

And merely being different won't be enough in this game, especially if the difference you're making produces eye-rolls.

Dixon is also not a great fan of Comcast's angle with Flex, which will cost an extra $5 per month and require an operator-supplied device. That approach is a little different than those from other platforms focused on content aggregation, but not in a way that will make a difference or draw big demand from consumers, Dixon said.

"There isn't anything in there that makes it interesting. To me, it's a head-scratcher," he said in a recent interview.

Dixon says Comcast would be smart to give Flex away when customers upgrade to or take a higher speed tier. "There could be some incremental value there," he said. "Just give them the damn box, particularly if they are upgrading to a higher tier of broadband."