When Jan du Plessis quit his job as BT's chairman in March, it was reportedly after a bust-up with CEO Philip Jansen over company strategy. Jansen was said to be frustrated about the board's lethargy and resistance to change. He will presumably expect Adam Crozier, confirmed today as BT's new chairman (although not due to start until December), to propel a shake-up at the ailing UK telecom incumbent, whose share price has nearly halved in the last five years.

First linked with the BT chairman role on August 7, Crozier is best known for a successful, seven-year stint as CEO of ITV, a UK broadcaster, between 2010 and 2017. When he quit that role, ITV's share price was two-and-a-half times higher than it had been at the start of 2010. He is also credited with an earlier turnaround at Royal Mail and has a built a good reputation as the chairman of corporations including Whitbread, Asos and Kantar Group. 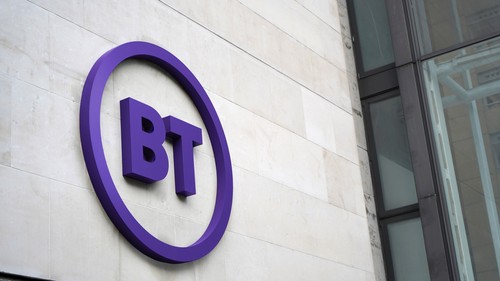 BT's statement on the news highlights Crozier's track record on the "modernization and transformation" of the companies he has led, buzzwords that most service providers routinely drop into their updates about important strategic matters. But Jansen's priority, it seems, is to fortify BT as a dumb pipe. After years of expensive blundering in the TV market that Crozier knows so well, BT is now focused on the even costlier rollout of new high-speed fixed and mobile networks.

In this area, Crozier's expertise will count for little. He appears to have zero experience of working for a telecom operator in a senior role  at least, none that BT can cite in today's press release. Jansen's hope, then, is probably that he functions as a kind of efficient and unfussy constitutional monarch, signing off management plans and persuading board members and shareholders to give Jansen their full support.

Teaming up on fiber

BT is under massive pressure because there is no substantial opportunity for sales growth from pure connectivity in the UK's saturated telecom sector. It can only boost revenues by growing its market share and, as the broadband incumbent, is in a largely defensive position. Several other companies with deep-pocketed investors are on the fiber attack. While not all of them will thrive, Openreach, BT's fixed-network business, seems bound to lose parts of its wholesale empire.

That said, BT has done a good job of rolling out fiber and converting broadband customers to more expensive fiber packages. Openreach was the group's high-flyer in the recent first quarter, reporting a 5% year-on-year increase in revenues, to about £1.35 billion (US$1.9 billion), even as group sales dropped 3%, to less than £5.1 billion ($7 billion).

The trouble is that fiber rollout alone is expected to cost BT about £15 billion ($20.1 billion) in overall capital expenditure. Under competitive and regulatory pressure, Jansen aims to increase fiber coverage from about 5 million premises in June to roughly 25 million by the end of 2026. He has, however, dangled the option of serving the final 5 million through a joint venture (JV) with other fiber investors.

Getting cozy with Crozier

Crozier's willingness and ability to generate boardroom support for this JV scheme might prove important. But even more critical could be how he feels about the sale of a stake in Openreach, something long seen by analysts as a possible answer to BT's funding and regulatory problems.

Spinning off and listing Openreach as an entirely separate entity in which BT holds a stake would hardly be counterintuitive. Many European mobile operators have already done this with their "towers," the masts that prop up basestations and other mobile equipment. It would allow BT to raise capital, share the fiber investment burden with other companies and focus more on operations. From a regulatory point of view, it would also address a persistent conflict of interest  the fact the UK's biggest broadband wholesale network is owned by one of its retail customers.

Jansen seems resistant, though. He ruled out an imminent stake sale on the recent earnings call and appears confident BT will be a much stronger company, with cashflow that is "going to go through the roof," once its fiber rollout and modernization program are complete. No doubt, the notion of divesting a network business jars with Jansen's repositioning of BT  first and foremost  as an infrastructure firm.

The modernization program means trying to realize annual gross savings of about £2 billion ($2.8 billion) by March 2025. To achieve that, BT is selling property, cutting jobs, ditching old technologies and automating whatever it can. Jansen claims to be on track, but he also acknowledges that short-term costs might rise in some areas as BT spends money to "fix some of the fundamentals."

A risk is that Crozier and shareholders think differently. They might feel the £2 billion target is insufficient, given BT's circumstances, and that an Openreach divestment is needed. For all Jansen's talk of savings progress, BT still looks very bloated alongside its peers. While it cut more than 5,600 jobs in its last fiscal year, it employs more people than Vodafone  nearly 100,000, compared with its rival's 96,500  even though Vodafone has a much bigger international presence and revenues that are 43% greater. Despite efficiency measures, BT ran up a free cash flow loss of £43 million ($59 million) for its recent first quarter, just £6 million ($8 million) less than in the year-earlier period.

Uncertainty about future strategic direction has grown since Altice, a French operator controlled by billionaire Patrick Drahi, bought a 12.1% stake in BT in June. The acquisition makes it BT's largest single shareholder, edging Altice ahead of Deutsche Telekom, with its 12.06% stake, and means nearly a quarter of BT is owned by European telecom giants. Earlier this month, Deutsche Telekom CEO Timotheus Höttges told reporters he was open to discussions with Drahi about strategic options regarding BT. Any collusion between the German operator and Altice could have huge ramifications for Crozier, Jansen and the business they run.