Open RAN will struggle to fit in, despite Euro telco demands

It is not a breezy read. The same European telco giants begging their governments to fund open RAN this week drafted their wish-list of technical priorities for the in-vogue technology.

Littered with phrases like "MORAN with shared O-RU only and MOCN support is unanimously requested," the document is guaranteed to give the average policymaker a splitting headache.

Asked to make a cash commitment to open RAN, policymakers will be curious to know why they should care. Of course, in this case, they are not the target audience. After begging authorities for money, Deutsche Telekom, Orange, Telefónica, Telecom Italia (whose friends call it TIM) and Vodafone are presenting their equipment makers and software suppliers with a checklist of requirements. It is a technical job spec for open RAN. 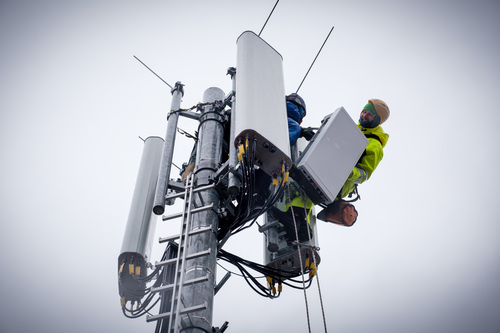 But it surfaces at an odd time and features some questionable statements. The most glaring is about ensuring open RAN is ready "for large-scale network rollout from 2022 onwards." Just a few weeks ago, Orange was saying it did not expect open RAN to have full "parity" with a traditional RAN until the mid-2020s. There does not appear to have been any particular breakthrough since then.

The timing is odd because operators are, right now, investing billions of euros in the rollout of traditional 5G networks. Only this week, Deutsche Telekom, the very largest of the operators wielding an open RAN begging bowl, said its 5G network in Germany would cover 90% of people by the end of the year. That network, built by China's Huawei and Sweden's Ericsson, ticks none of the open RAN boxes.

It's all about the fronthaul

At this stage, it is probably worth explaining what open RAN actually does. In the Huawei part of Deutsche Telekom's network, just about everything comes from the Chinese vendor. Trying to use a Huawei radio in conjunction with some baseband technology from Ericsson would simply not work. Open RAN, very basically, is an attempt to fix this sort of interoperability problem through new and improved interfaces.

A safe assumption is that Deutsche Telekom will have nearly finished building its 5G network by the time open RAN is fit and muscled. Using the technology, then, would mean either replacing equipment that is only a few years old, and barely depreciated, or introducing new gear into a network that already provides near-nationwide coverage.

One of the most interesting technical requests in the wish-list is for new "fronthaul gateways" that would "allow reuse of already deployed radio units as an interim solution."

The interface between this gateway and the radio could remain proprietary, the operators concede. But openness in the other direction would allow another vendor's baseband systems to be used. In theory, Deutsche Telekom could have its Huawei-and-Ericsson mash-up without scrapping all the gear it has already installed.

This will not happen without revolution in the market, mainly because Huawei continues to insist open RAN is going nowhere fast. A likelier scenario is that Deutsche Telekom forces Ericsson to produce fronthaul gateways, whips out its baseband technology and introduces someone like Mavenir, a new kid on the block, or even Nokia.

It unceremoniously booted the Finnish company out of its radio access network in 2017 but has recently been cooing about Nokia's enthusiasm for open RAN.

Yet this would punish one of Europe's big 5G vendors without lessening Deutsche Telekom's reliance on Huawei, a firm that looks increasingly dodgy to European authorities. Orange, with which Deutsche Telekom jointly procures equipment, would prefer to see Huawei suffer, judging by what Michael Trabbia, Orange's chief technology officer, has said.

"We need to have strong providers and with the current ecosystem and situation between China and the US  that is not changing that much with the change of US president  it is more difficult to have some providers in Europe," he recently told reporters. "It is certainly not our intention to not work anymore with or decrease the share of the European vendors."

Unfortunately, if Huawei stubbornly refuses to build open RAN gateways, Deutsche Telekom's only options would be to wait for its products to depreciate or swap them early.

A decision to rip and replace would entail some expense, to the probable dismay of shareholders who might not appreciate Deutsche Telekom's sudden desire to cultivate open RAN competition. Supplier diversity, after all, is unlikely to have any noticeable effect on telco profitability or give operators the stock market profile of Google.

Even if Huawei did provide new gateways, they are unlikely to come free of charge. Investors would still face additional spending on those and a baseband overhaul when customers might already be enjoying top-notch services. Commercially, it does not sound very sensible.

Don't be so dense

Another possibility is that open RAN is used for densification  that is, for completely new mobile sites. Operators could try selling this move to the investor community as an essential coverage boost that will bring service-quality improvements, and one that is needed to overcome the limitations of the higher-frequency spectrum assigned to 5G.

The trouble is that several operators, including Orange, have downplayed the need for densification. "We are using more efficient technology and think we will be able to have the same coverage and won't need to add sites," said Trabbia last December.

Beamforming and massive MIMO are among the 5G technologies designed to overcome the signal limitations of higher-frequency spectrum. And both are mentioned in this week's wish-list.

That document, like the public-sector funding request before it, contains not a single firm commitment to use open RAN, despite all the demands operators make of their vendors.

"It's like sending a wish-list to Santa but saying we can't guarantee you will get a Christmas present," says John Strand, the CEO of Danish advisory group Strand Consult.

What's more, the only one of the five telco signatories to have made any short-term open RAN promise is Vodafone. Last year, its UK subsidiary pledged to use open RAN at about 2,500 sites in the west of the UK currently served by Huawei.

But its decision followed a government ban on the use of Huawei's 5G products. The vehemence of Vodafone's lobbying against that ban suggests it would not otherwise have been so bold.