Companies that have everything to gain and nothing to lose from open RAN were quick to interpret Nokia's much-covered "pause" of technical activity in the O-RAN Alliance as foot-dragging by a threatened industry giant.

"It's simply in their economic interest to suggest that it's hard and it won't take place," said Dennis Hoffman of Dell, speaking in reference to some of today's networking equipment vendors as an IT company with few telecom credentials and a server business that open RAN would boost.

It was a short-lived delaying tactic if so, lasting barely a week. Nokia had stopped contributing to the O-RAN Alliance out of fear it was effectively sharing intellectual property with Chinese companies on the Entity List, a trade blacklist maintained by the US government. But yesterday it returned to the fold.

Nokia had good reason to worry. Unlike Dell, it is understood to be one of the main contributors to the O-RAN Alliance, a newish specifications group, alongside AT&T, Ericsson and Qualcomm. And anyone doubting how seriously Entity List rules are taken need only look at the Huawei situation. When the Chinese firm was added to the list, it was quickly dumped by key suppliers. 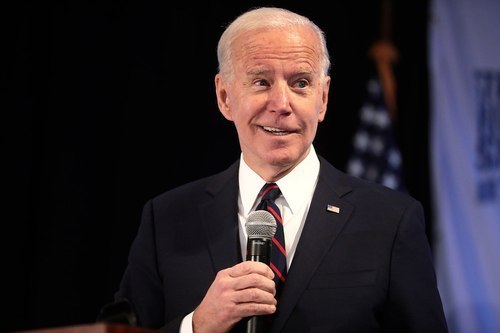 US President Joe Biden does not want to be seen as soft on China.

What made Nokia happy to resume work? The O-RAN Alliance has been unresponsive about the details of "approved changes to O-RAN participation documents and procedures" it says it has made.

But Light Reading has been able to obtain a copy of the email communication that was this week sent to O-RAN Alliance participants. By making future technical contributions non-confidential, the group has been able to satisfy US lawmakers that its work now complies with US regulations. And that was good enough for Nokia.

"These changes generally involve making future technical contributions non-confidential," said the O-RAN Alliance in its email. Regarding the set-up of its working groups, it went on to say that: "Effective on September 13, 2021, all new contributions containing technical information shall be uploaded to the 'Non-Confidential Contributions' directory."

It is also considering steps that would make its activities even more transparent to the public. Those could include disclosing more details about working groups, such as their charters, the names of participants and the timing and location of meetings. It has ruled out letting non-members join by Zoom, though.

Nor, more problematically, has it removed the veto held by its founder members. This had always seemed unlikely, but the email seems confirmation that five telcos  AT&T, China Mobile, Deutsche Telekom, NTT DoCoMo and Orange  have the same power as an Iranian ayatollah to block any proposals they do not like.

With that, the risk remains that China's fiercest US critics accuse the Biden administration of going soft. Standards bodies such as the 3GPP and ETSI have exemptions that allow US companies (and companies with American employees and technology) to mingle with Chinese firms including the blacklisted Huawei.

The rationale is that huffily abandoning work on international standards would not be in America's long-term interest. But these groups all meet criteria drawn up by the World Trade Organization (WTO). The O-RAN Alliance, even after its tinkering, might not.

It is the veto, in particular, that seems to alarm non-US authorities, including Europe's. Writing about the O-RAN Alliance in a report published last month, the European Commission said that "although interested contributors have opportunities to contribute to the elaboration of the specifications, the founding members have a privilege, because they have the necessary minority of more than 25% to block proposals."

Partly because of this veto, the European Commission reckoned "proof that the O-RAN Alliance complies with the various WTO criteria is still missing." It called for an independent assessment of the group  something that does not appear to have happened in the few weeks since its report was published.

The O-RAN Alliance, then, faces two threats. The first is that US authorities come under political pressure to reverse course and be tougher on the O-RAN Alliance. The second is that governments in other parts of the world decide it does not qualify as a standards body and erect obstacles to its progress.

One potential trap is the Wassenaar Arrangement. Established in 1996, and with 42 country members, it describes itself as a "voluntary export control regime" that prohibits the sale of some technologies to "states of concern." It is the reason ASML, a Dutch maker of the extreme ultraviolet lithography (EUV) equipment used to produce advanced semiconductors, does not ship some products to China.

"EUV is under export control according to the Wassenaar Arrangement," said Peter Wennink, ASML's CEO, on the recent second-quarter earnings call. "And that requires an export control license from the government of the exporting country, which, in this case, is the Netherlands. I think that's still under review."

The chance the O-RAN Alliance comes under scrutiny may be remote. ASML has a dominant role in the market, and the semiconductors made with its equipment could feature in Chinese weapons systems. By comparison, the O-RAN Alliance's activities are arcane and non-transactional.

Then again, open RAN has become extremely politicized, even touted in the US as a 5G alternative to Huawei. There is bound to be some concern about the sharing of 5G intellectual property inside a group partly controlled by China Mobile, a state-owned firm.

The O-RAN Alliance will obviously hope its latest fix is good enough, because anything more would be difficult. The big operators that founded the group will not want to relinquish control. Indeed, their very establishment of the O-RAN Alliance in 2018 was an attempt to seize control of technology development from vendors they deemed too powerful.

What's more, ejecting Chinese contributors in the US bad books is a move the O-RAN Alliance says it is not prepared to make. "O-RAN Alliance is open and neutral to all companies willing to join, and does not limit or exclude any interested company," it wrote in its email this week.

"As a German association O-RAN Alliance is not obliged by US regulation," it was quick to remark in the same email. If nothing else, the developments of the last few days show that big kit vendors like Nokia  which might see little or no upside from open RAN  are bearing all the risk.