Stroll between Ericsson and Nokia radio sites while chatting on your phone and the mobile signal should hand over like a baton exchange by relay runners.

X2, the technical interface that makes this interoperability possible, is baked into the standards approved by the 3GPP, the mobile industry's main international body.

Unfortunately, X2 cannot be taken for granted as a built-in and fully operational feature of the basestations that Ericsson, Nokia and other kit vendors sell to their customers, sources have told Light Reading.

Asking for X2 to be included means entering into specific vendor agreements and incurring integration costs, said one telco executive who requested anonymity. And without it, a call moving between basestations supplied by different vendors would probably drop. Handover could not be guaranteed.

To Mavenir, a US software company trying to break into the market for radio access network (RAN) products, this X2 issue is a major bugbear. Unless the 3GPP interface has been included in a mobile deployment, a new vendor could not slot into the mix and interoperate with the equipment already there.

It explains why operators have built their networks as vendor "islands," says John Baker, Mavenir's senior vice president of business development. Today, there is only the "odd case around the world" where X2 has been opened, he reckons.

"Ericsson provides 3GPP-compliant interfaces," said a spokesperson for the Swedish equipment vendor by email when asked for a comment on the accusation.

"We power more than 100 live 5G networks globally and we cannot comment on customer-specific deployments."

Huawei and Nokia had not supplied comments at the time of publication. 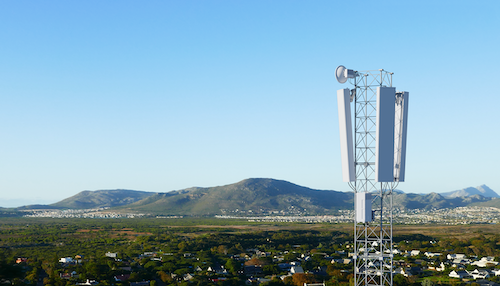 The problem is big enough from Mavenir's perspective for it to have begun lobbying the US Federal Communications Commission (FCC) to mandate X2 minus license fees in mobile deployments.

Mavenir executives pressed their case with none other than Jessica Rosenworcel, the FCC's chair, during a video conference in early January.

A subsequent letter to the FCC, written by Mavenir's legal representatives and seen by Light Reading, describes X2 as "fully specified but kept locked or licensed."

It goes on to say that: "Removing these arbitrary license fees will provide further cost reductions and allow multivendor deployments to roll out more easily in built-out networks."

How the issue will play out remains unclear at this stage, but US authorities have been sympathetic toward Mavenir as a pioneer of "open RAN"  a concept that promotes interoperability as a leg up for challengers to Ericsson, Huawei and Nokia, the giants of the RAN market.

Having excluded Huawei on the grounds that Chinese equipment is too risky, the Americans are reliant on just three other foreign vendors  Ericsson, Nokia and South Korea's Samsung  for their existing mobile networks. Open RAN could help domestic alternatives to win deals, say advocates.

So far, the open RAN community has reserved most of its criticism for CPRI, an interface between baseband units (which process signals) and radios.

Gaps in the specifications mean it cannot be fully opened, forcing operators to buy radios and baseband products from the same vendor, according to Mavenir.

It is pushing an alternative interface dubbed "open fronthaul," developed by a specifications body called the O-RAN Alliance.

The interface that supports basestation handover is different, says Baker.

"X2 was fully specified by 3GPP to be open so there is no work to be done here," he tells Light Reading via email.

"The current vendors should not be proposing extremely high fees (which are too high for the operator to pay) to open it  they are monopolizing in this case on work that has been done by the industry for an open standard."

While the O-RAN Alliance is currently working on an X2 alternative, it would not be usable in the networks that have already been deployed, says Baker. X2, by contrast, should support interoperability for everyone.

What's debatable is whether opening X2 or dropping the license fees attached to it would significantly change the market dynamics, or even if X2 is high on the telco priority list.

One source at an operator, requesting anonymity, said the issue was being "blown out of proportion" and that it ignored how networks are usually deployed.

In short, just because operators can intermingle Ericsson and Nokia basestations in the same geographical area does not mean it is desirable. Doing so might not make sense commercially or technically, regardless of X2.

"What operators are comfortable with is one vendor per coverage area," says Gabriel Brown, a principal analyst with Heavy Reading (a sister company to Light Reading). "I'm sure there are other issues, such as interference management, and not just X2."

The nature of these macro network deployments means X2 might be needed only at the very edge of one vendor's footprint, where it meets another. If this "mobility border" is relatively small, X2 could even be redundant, said one of Light Reading's telco sources.

On the other hand, it may be relevant if operators are introducing campus-style networks built by new suppliers into a brownfield deployment. That arguably makes it a bigger deal for open RAN vendors like Mavenir, whose initial opportunity is mainly in such localized networks.

"The area where there may be some case for it is these small cells," acknowledges Brown.

X2 workarounds are also available, including another interface called S1. Where X2 supports interoperability between basestations, S1 does it through the mobile core.

Mavenir, however, considers it far from ideal, arguing that S1 can only perform a so-called "hard handover," involving the relocation of the gadget and (usually) establishment of a new call.

"It is a suboptimal process from a radiofrequency perspective and the new call set-up will add lengthy delays, possibly causing dropped calls," says Baker.

Any vendor refusal to open X2 unless customers pay heavily for the privilege would inevitably meet with a backlash if there were telco demand for that feature. There has been little sign of widespread upset about X2 pricing, although operators are often wary of publicly criticizing their suppliers.

Mavenir, meanwhile, appears philosophically opposed to any charging for interfaces whatsoever, judging by its FCC letter.

"The O-RAN Alliance and ONF [Open Networking Foundation] groups are a mechanism for operators to take back control from these vendors ensuring that all interfaces, including those that have been specified by 3GPP, are open and are made available free of charge," it says.