Dish Network exec: Some vendors prioritized, but none dumped

Dish Network has collected a wide range of vendors to assemble its open RAN 5G network. According to one of the company's top networking executives, that's the whole point.

Further, according to Dish's Sidd Chenumolu, VP of technology development, the company has not yet culled any of its vendors.

Those comments are noteworthy because a quiet guessing game has developed in the wireless industry over who's in and who's out in Dish's burgeoning 5G network. There is widespread belief that Dish hired a large number of vendors to pit them against each other so that the operator could eventually pick the one that performs best in each category.

Indeed, Dish's Chief Network Officer, Marc Rouanne, suggested as much during the company's recent analyst day. He described Dish's primary vendors, including IBM, Oracle and Mavenir, as a team working together.

"Like a big football team, if somebody gets hurt in the field, we have somebody on the bench that can be replacing them on the spot," Rouanne said. "That's what we call self-healing, high-availability geo-redundancy. Our network is designed for that, just like a football team."

But, according to Chenumolu, so far all the players remain on the team. 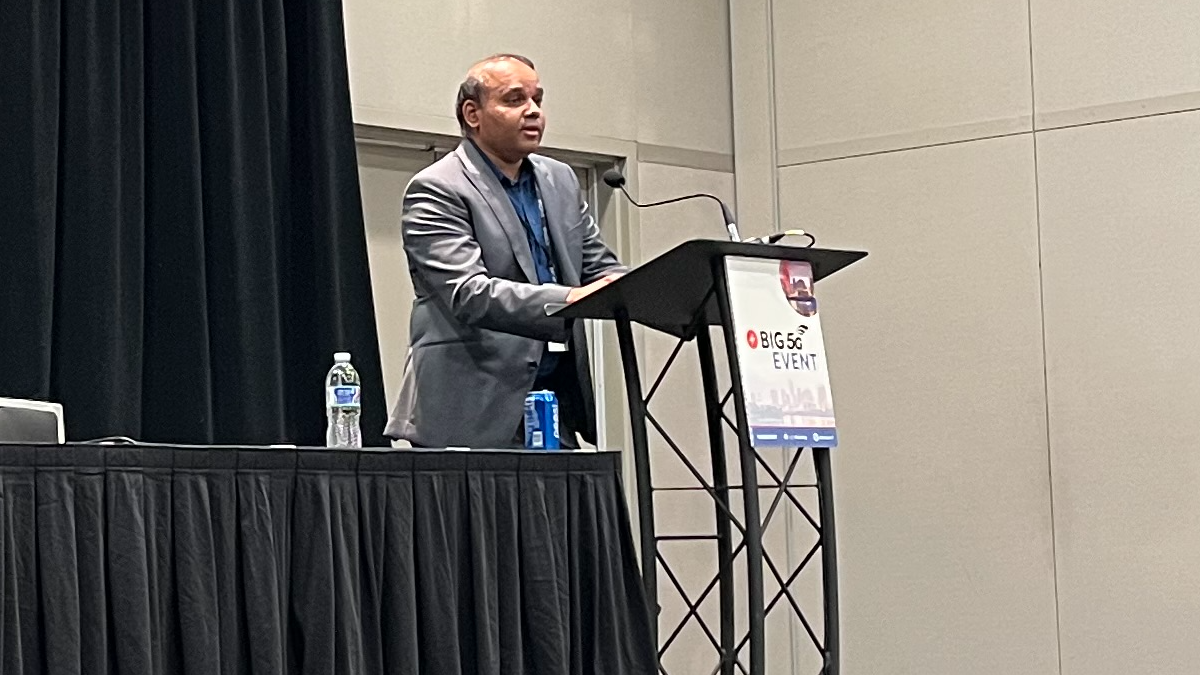 "We definitely give equal priority for all the partners," he said, expressly stating that Dish hasn't given any of its vendors the boot.

However, Chenumolu did clarify that some might get more attention than others. "One has to realize that, as a startup, we have a limited number of resources, so always there's one partner who's ahead compared to others. So, for that reason one is prioritized over others," he said. 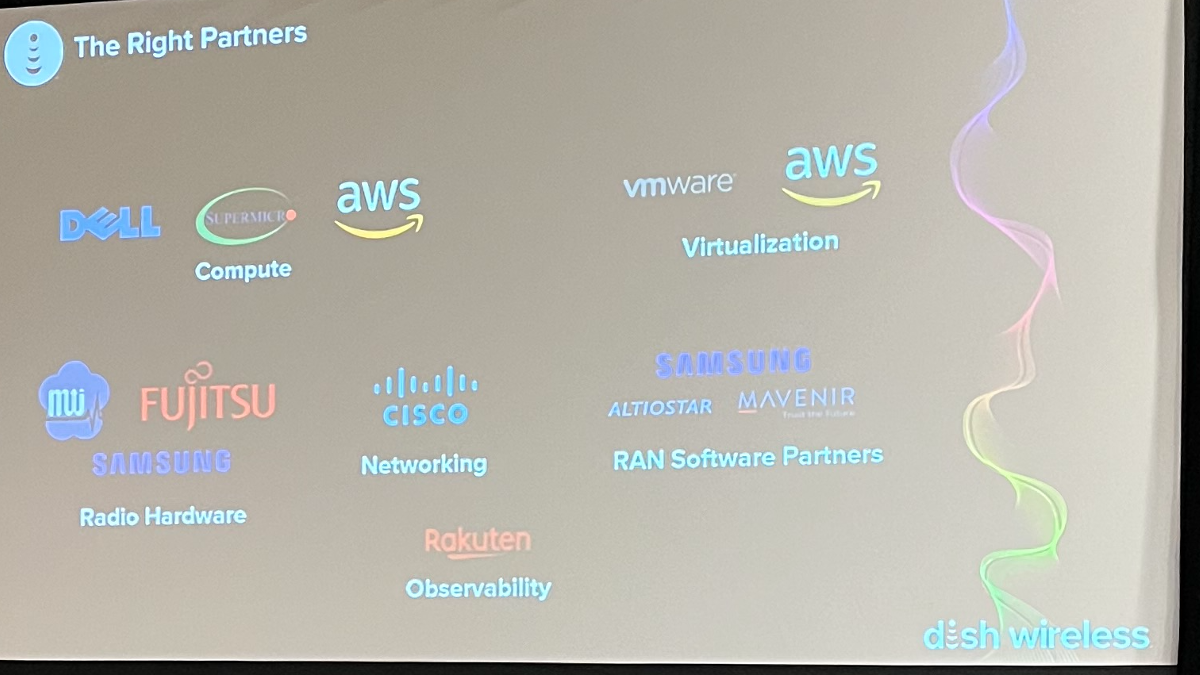 Chenumolu listed some of Dish's top vendors during a recent presentation at the Big 5G Event. Click here for a larger version of this image.
(Source: Light Reading)

For example, Chenumolu said Fujitsu (one of Dish's 5G radio hardware vendors) and Mavenir (one of its radio management software vendors) have powered much of the current network buildout. That's because they both entered the company's ecosystem early and were able to meet deadlines, he said.

"Fujitsu is deployed extensively at first because of supply chain restrictions," Chenumolu said, noting that Dish's other radio vendor, MTI, has had trouble meeting Dish's orders. "Due to supply chain we had to adjust our market build because we could just not afford to wait," he explained.

Similarly, he said Dish inked a deal with Mavenir before inking a deal with Altiostar (its other radio management vendor). Therefore, Mavenir has played an outsized role in Dish's buildout so far. Japan's Rakuten acquired Altiostar last year.

"We do have deadlines to meet," Chenumolu said. "It makes sense for us to prioritize, but in no way is it a reflection of our partnership with people."

That said, Chenumolu acknowledged that Dish could swap out vendors if the need arises. He said doing so is easy because of the open RAN design of Dish's network. Open RAN technology promises to allow network operators to mix and match vendors across a variety of network elements. That's a change from today's traditional, classic network designs, which are typically tightly integrated and supplied by a single vendor.

"We will change [vendors]. We have to adapt to the growing industry needs," Chenumolu said. "Customers are our priority, not the vendors."

There's certainly precedent for it. Rakuten  another open RAN operator  recently told Light Reading that it plans to dump Red Hat's OpenStack in favor of its own technology.