Did anyone see this coming? Former Ericsson CEO and current Verizon CTO Hans Vestberg is to replace Lowell McAdam as the operator's CEO starting August 1.

McAdam, who has been with the company for 35 years, posted a message addressed to Verizon Communications Inc. (NYSE: VZ) employees Friday saying that the decision was the culmination of a two-year plan. He also noted that the best time to transition a CEO is when things are going well: McAdam said that was also the case when he took over from Ivan Seidenberg in 2011, as the operator had just acquired full ownership of Verizon Wireless and was able to pursue a singular, focused strategy as a result.

McAdam, who is currently chairman and CEO, will remain as executive chairman of the board through the end of the year, and then serve as chairman in a non-executive capacity starting in 2019. Vestberg will, effectively, lead the company into the 5G era. 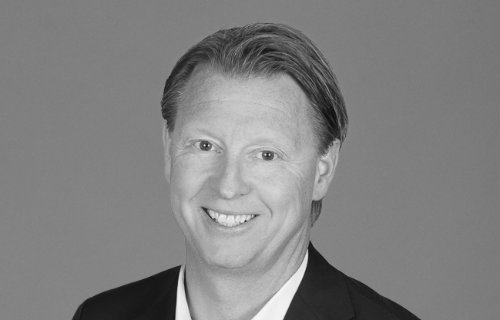 Of Vestberg, McAdam said: "I know that he has the right expertise, experience and business acumen to lead us forward and build on our strategy. Importantly, Hans is an inspiring leader, with high energy and a passion for delivering on the core values that truly make Verizon the world leader it is today."

Vestberg joined Verizon little more than a year ago as head of the network and technology team following a rather tumultuous end to his reign at Ericsson AB (Nasdaq: ERIC). (See Former Ericsson CEO Vestberg to Be Verizon's King of Networks and Ericsson Ejects CEO Vestberg.)

Verizon's share price is trading down slightly at $48.62 following the news.

kq4ym 6/22/2018 | 8:40:50 AM
Re: No collusion And it probably does make sense that the "best time to transition a CEO is when things are going well." although that of course could be a convenient reply when a CEO is being replaced and the company just happens to be doing well.
Reply | Post Message | MESSAGES LIST | START A BOARD

wanlord 6/11/2018 | 11:05:28 AM
No collusion Maybe bringing in an outsider is a smart move because he can claim no knowledge or involvement regarding Verizons puppet Ajit Pai...
Reply | Post Message | MESSAGES LIST | START A BOARD

In regards to your comments about the BoD talking to investors.  I think that is a no on 3 accounts:

1 - Discussion of a CEO candidate would DEFINITELY be material non-public information and;

2 - The primary owners are actually fund holders who would not want to be locked out of trading (holding material non-public information).

3 - The number of fund managers you would have to talk to at Fidelity or Vanguard (examples) would become unwieldy.

mendyk 6/11/2018 | 9:05:05 AM
Re: What?? Over the past few years, Verizon has had a fragmented sense of direction (thinking about AOL and the on/off video strategy). Maybe Mr. Vestberg can bring some focus to the leadership ranks.
Reply | Post Message | MESSAGES LIST | START A BOARD

Gabriel Brown 6/11/2018 | 7:55:32 AM
Re: What?? It's more than an outside-the-company choice. It's someone who is not enmeshed in the US telecom industry. This will have a big influence on how he relates to customers, regulators, investors, employees, competitors, suppliers, and so on. I can see both good and bad aspects to this. Either way, a foreign CEO is unusual for a major US telco.

Edit: You would assume the VZ board has done its due diligence on what investors think about Vestberg.
Reply | Post Message | MESSAGES LIST | START A BOARD

wanlord 6/10/2018 | 11:21:43 AM
What?? While I understand the want to bring in an outsider, why not pick someone that actually has success running a complicated telecom & media company? This guy is a joke and is surely going to result in losing good executives. This is typical of VZ though, they promote incompetence and this guy proved that at Ericcson.
Reply | Post Message | MESSAGES LIST | START A BOARD

rocket101 6/8/2018 | 4:17:20 PM
Re: No surprise Vestberg....This is thew same guy who took ERIC under in a tailspin, correct? ERIC revenue and stock decimated under his leadership, was VZ so desperate to appoint a recycled guy as CEO to lead at such an important juncture? What was his acheivement at ERIC? Could not even compete in 4G with the likes of Huawei and ZTE and now wants to take a lead in 5G?
Reply | Post Message | MESSAGES LIST | START A BOARD

bosco_pcs 6/8/2018 | 12:18:25 PM
Re: European Fever? Guess it depends on where BT has most assets/operations, IMO. Americans didn't fair well in the UK in the financial sector. And financials are definitely more international than certain telecom subsectors.

But if BT is willing to pony up, I am sure there will be qualified candidates, Brexit or not
Reply | Post Message | MESSAGES LIST | START A BOARD