Verizon Media Cuts Jobs, Has No Growth Plans to Share

Verizon Media CEO Guru Gowrappan is cutting costs as the phone company's subsidiary tries to make the best of its content and digital advertising portfolio.

A source close to the company confirmed to Light Reading that Gowrappan, who took over as Verizon Media (VM) CEO in October, has been working with VM's leadership team to review every single product in that vast bucket of bits and bobs that called itself Oath for a few months beginning in 2017.

As such, and as first reported by The Wall Street Journal, VM sacked about 7% of its global media workforce last week -- somewhere between 700 and 800 people -- as it closed down some properties and streamlined operations. According to The Journal, the group had 11,385 employees at the end of 2018 and that's down from 12,845 employees, following Verizon's purchase of Yahoo in 2017. 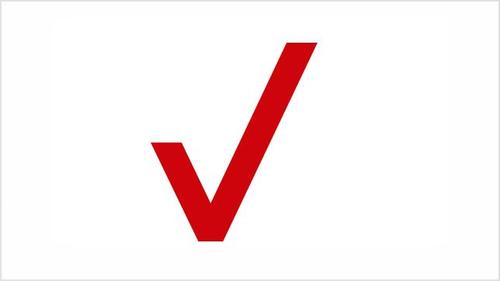 Light Reading asked Verizon Media for an interview with executives to find out more. We wanted to hear how VM sees itself playing in the media universe, and whether having a 5G network even matters in the context of pushing ads to people.

Our request was denied.

"Our goal is to create the best experiences for our consumers and the best platforms for our customers," a Verizon Media spokesperson said, via email. "Today marks a strategic step toward better execution of our plans for growth and innovation into the future."

It's worth asking what those plans are since, to date, Verizon Communications Inc. (NYSE: VZ)'s media business has focused on Yahoo as its core brand. Fewer brands have survived as high a fall in value as Yahoo has over the last decade. (See Microsoft Makes $44.6B Hostile Bid for Yahoo.)

A source close to the company said VM is looking to use its connection to Verizon to help "accelerate growth and innovation" in its media business, "especially when it comes to 5G."

That part could be interesting. We've reported on one such effort already, where Verizon Media was aiming to teach filmmakers and content creators about 5G, with the hopes that they might be able to use this knowledge to tell stories that take 5G's core characteristics into account.

There's no doubt that 5G content creation is a cool story, with untapped potential. But how does VM get from overpaying for old desktop-based web portals to creating new experiences for a network that isn't even here yet?

The phone company's history in media shows it's not afraid to spend billions, or change its mind. Verizon bought AOL for $4.4 billion in 2015. It then purchased Yahoo for $4.8 billion in 2016. The moves gave Verizon access to the millions of people who use Yahoo and AOL for email and who read articles and watch videos distributed through their various online properties.

Even with all that access and reach to consumers on different mobile and broadband networks, Verizon couldn't make its media reality add up to the price it paid for old brands. In late 2018, Verizon took a $4.5 billion accounting charge related to its Oath media business, of which AOL and Yahoo are anchor tenants.

Every few months we've become used to hearing about Verizon walking back its past dreams of being a content creator, aggregator, and pay-TV powerhouse. Last year, Light Reading reported that Verizon abandoned plans to launch its own over-the-top live TV service and it shut down its Go90 video service, killing off its network of short-form content meant to be watched on mobile devices. (See Vanquished in Video, Verizon Admits OTT Defeat and Verizon's Go90 Shakes Hands With Eternity.)

Other Verizon media strategies over the years have included Verizon launching a linear mobile TV service, expanding its Fios TV as an online platform, and the telco even once discussed wholesaling its IPTV portfolio to other carriers so they could launch their own consumer video apps. The most recent video-related story from Verizon is that it won't compete with other video producers or content studios and would, instead, become the "best partner from a distribution perspective."

Even after the recent job cuts, it seems Verizon Media won't stop spending and won't give up. There is some kind of value to be found in all the access, reach and connections Verizon has to millions of consumers and businesses. After all, Google, Netflix, Apple and Facebook have found it and make money on it each day and that'll likely accelerate on Verizon's 5G network.

From the outside, there are a lot of questions and not much to do but watch and wait. We look forward to hearing more as the new group of Verizon's media executives finish their hike to the edge of the blast radius of their company's media missteps.