"5G," "open access" and "carrier neutral" are not expressions one normally associates with Newt Gingrich, and it may have surprised the 75-year-old US politician to see they were used in a story published under his name on the Fox News website this week.

One year ago, 5G was a telecom technology generating limited interest outside the incestuous confines of the industry. Now it is at the very center of a geopolitical clash between the US and China. Even POTUS and a former presidential candidate are brushing up on telecom lingo in their China diatribes -- or hiring advisors to do it for them.

Suddenly, this year's Mobile World Congress promises to be a historical event, and not just a way of enriching the GSM Association (GSMA), a trade body that organizes the show. When schoolchildren fire up their artificially intelligent tutors decades from now, "MWC Barcelona 2019" will be a compulsory module in history classes about the Great US-China Tech War of the early 21st century. 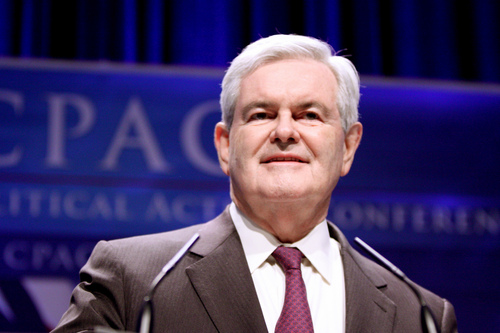 Newt Gingrich just became the latest US politician to wade into 5G waters.

The kerfuffle about 5G may seem odd to semi-tech-literate consumers who associate the mobile "generations" with higher-speed smartphone services. But the likes of Uber, a Californian software company whose mobile app is revolutionizing public transport, would probably not exist had 4G never arrived. Americans worry the next industrial revolution will happen in China if it gains the upper hand in 5G. Should 5G eventually make its way into cars, robots and industrial equipment, as developers intend, the US could find itself at an even bigger economic disadvantage.

Gingrich seems to think a state-backed 5G network (based on open access, carrier-neutral principles) is the answer to the perceived US lag. The idea is not new and was floated in early 2018 amid apparent concern that Chinese companies could exploit vulnerabilities in privately owned networks. Resurrecting the concept, Gingrich instead says it would be a "moonshot" that might reinvigorate a US wireless sector moving too slowly toward a 5G future. Without such bold proposals, this year's MWC could turn into "a victory lap for Huawei and Beijing," he warns.

His intervention comes in the same week Donald Trump weighed into the debate surrounding 5G. Using Twitter, his favorite mode of communication, the former host of The Apprentice said the US aim is to win in 5G (and even 6G) through competition, and not by trying to block other technologies. The remarks have been widely seen as a possible olive branch for Huawei, the Chinese 5G developer that has been under sustained US attack for the past few months.

There is certainly a precedent. It was Trump, after all, who rode to the rescue of ZTE, Huawei's smaller Chinese rival, after US hawks banned it from buying the US technology it needed for its network products. US authorities have not (yet) imposed a similar ban on Huawei, but they did push for the arrest of its CFO on charges of fraud and have excluded Huawei from their own telecom market. US Secretary of State Mike Pompeo is currently threatening to excommunicate European countries if they do business with Huawei. Several international allies have already imposed restrictions on Huawei, including Australia and New Zealand.

If nothing else, the statements from Gingrich and Trump prove that 5G-related fears lie behind the campaign against Huawei. But those fears do not provide justification. For that, US hawks have argued Huawei and ZTE are bad actors that rip off US innovation, sell network gear to "axis of evil" countries like Iran and North Korea, and include spyware in their products so that China's government can snoop on its geopolitical foes. Huawei is even now playing down any reference to artificial intelligence (AI) in its network products. Amid all the anxiety about AI, the last thing it wants opponents to hear is that Chinese AI manages 5G networks in most parts of the world.

Against this backdrop, Huawei's spying denials are meaningless. Sympathizers do not help its case with shrill counter-arguments (and logical fallacies) about the National Security Agency's alleged wiretapping activities in Germany, or by insisting US spies are probably active in equipment from Cisco Systems and Juniper Networks, two US makers of Internet gear. In the event of a full-blown tech war between the US and China, international governments may simply be faced with a statement made famous by one of Trump's White House predecessors: "You're either with us, or against us."

That may turn out to be the underlying theme of this year's Mobile World Congress. For the GSMA, the entire fracas is both a positive and a negative: A positive, because of the adage that any publicity is good publicity; a negative, because the dispute involves a Chinese company that spends millions each year to show off its wares, and that reportedly took 3,000 employees to last year's event.

Mats Granryd, the GSMA's director general, unsurprisingly shied away from making any reference to the geopolitics in his pre-show remarks about this year's main themes. "We expect the most significant theme of MWC Barcelona to be how 5G will change the world, and in particular the role it will play in ushering in a new era of intelligent connectivity." That explains why so much is at stake.