Is 2019 the year of 5G? There's certainly an argument to be made for that assertion, considering the industry is seeing some of the first commercial launches of the new network technology in locations ranging from the US to South Korea to China.

Perhaps more importantly, the hype and noise around 5G this year is almost deafening, helped in no small part by operators' launches, vendors' sales and regulators' worries about a US-China 5G arms race.

Regardless, in terms of 5G realities, 2019 is clearly a prominent marker on the 5G highway at the very least, given the advancements providers have been making in the space in recent months.

Thus, it's worth taking a clear-eyed look at what kinds of innovative 5G technologies are hitting the scene in 2019. Here are our Light Reading finalists for the annual Leading Lights award for Most Innovative 5G Technology: 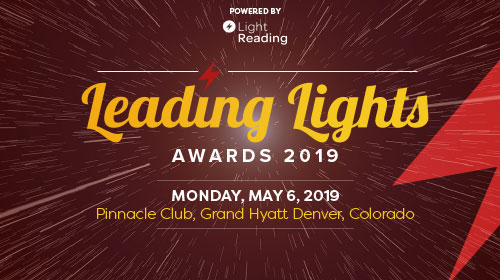 Movandi  BeamXR
5G startup Movandi is promising to improve the coverage of high-band millimeter wave (mmWave) 5G with the introduction of its BeamXR repeater later this year. The RF specialist showed off a 28GHz box at the recent Mobile World Congress event in Barcelona, Spain, and is also planning a 39GHz box.

Co-founder and CEO Maryam Rofougaran told Light Reading earlier this year that the repeater is "an affordable way to extend coverage." That's obviously critical considering early mmWave deployments by Verizon and AT&T can be measured in feet, and as a result critics are worrying that mmWave 5G will never create the kind of broadly available services ultimately envisioned by 5G proponents.

Pivotal Commware – Echo 5G
Although Pivotal Commware's initial devices somewhat resemble a chest-burstin' facesitter from the film Alien, the tech behind the device is solid. The startup's Echo 5G Subscriber unit promises to connect fixed wireless 5G millimeter wave (mmWave) signals through modern low-energy glass windows, which has been a problem for 5G.

It's clear that Pivotal Commware could well be of use in this situation.

Samsung Electronics – Samsung end-to-end 5G solutions portfolio
Samsung has certainly come out swinging in 2019. Long relegated to the shadows of the wireless market, Samsung this year has inked major 5G supply agreements with the likes of Sprint, AT&T and Verizon. According to Dell'Oro Group, Samsung has recently grown into a strong third supplier in the US market behind the likes of Ericsson and Nokia.

And Samsung has done so by getting out in front of customers. The operator's equipment powered much of Verizon's initial 5G Home rollouts last year, and the vendor is also supplying some of Sprint's leading Massive MIMO efforts. Samsung is also one of AT&T's major 3.5GHz CBRS suppliers.

All told, Samsung said it has shipped 36,000 5G basestations through February 2019 to carriers across the world. That's an impressive performance for a company long suffering behind heavyweights like Ericsson and Huawei.

SK Telecom – 5G Key Technologies & Services
SK Telecom is widely regarded as holding a leading position in 5G deployments among the world's top wireless network operators. That's because the operator recently announced it has already deployed a whopping 34,000 5G basestations in South Korea. The operator is promising data speeds of up to 2.7 Gbit/s on service plans ranging from 8GB a month service for $48.50 to 300GB a month for $110.20.

Not only that, but SKT has several distinct 5G initiatives; for example, the operator acquired quantum cryptography company IDQ to apply those security technologies to its 5G network. And SKT has developed an AI-assisted network OSS system named Tango that the company said can detect and solve network problems and perform network optimization.

In terms of 5G innovation among wireless network operators, it's hard to find anyone that can top SKT.

Sprint – Sprint Massive MIMO
Although Sprint has been the long-suffering fourth player in the US wireless market -- and its financial and strategic travails have become well known -- the operator has nonetheless been pushing the boundaries when it comes to Massive MIMO, an antenna technology intimately tied to the ultimate future vision of 5G.

Indeed, ahead of its planned 5G launch, Sprint has been laying the groundwork for 5G with impressively speedy download speeds enabled by its growing Massive MIMO deployment in LTE. Initial results by the company show that Massive MIMO is driving a 4X average increase in capacity, and speeds with peak increases up to 10X over LTE.

At the Super Bowl in Atlanta this year, Sprint said its Massive MIMO installation carried on average 80% of the data traffic inside the stadium, and consistently clocked peak download speeds of more than 300Mbit/s during the event.

And Sprint has said it will leverage all this work into its 5G future.