Slowly but surely, Ericsson is hammering its business back into shape. While it still has a long way to go to achieve its target of a 10% operating margin in 2020, it edged into profitable territory for the first time in nearly two years in its recent second quarter. (See Ericsson Back in Profit After Fierce Cuts & 5G Action.)

What should encourage investors is that Ericsson AB (Nasdaq: ERIC) is not simply hacking away at deadweight to restore margins, with no real plan for growth. Spending on research and development rose to 9.8 billion Swedish kronor ($1.1 billion) in the second quarter, from around SEK8 billion ($900 million) a year earlier. And that R&D commitment appears to have fueled margin improvements this year.

"We will continue to increase investments because we see it contributing to gross margins and growth in network sales for the first time since 2015," says Helena Norrman, Ericsson's chief marketing officer, during an interview with Light Reading. 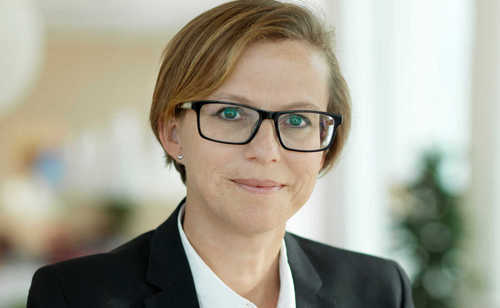 Perhaps the most surprising aspect of Ericsson's recent set of results was this sharp sales improvement. After reporting a 9% year-on-year drop in revenues in the first quarter, Ericsson said they were down just 1% in the second. In the networks business, which accounts for nearly two-thirds of total business, sales rose 2%. That performance followed a 9.5% sales decline in the first quarter and marked the first time the networks business has grown since the final quarter of 2015, as Norrman indicates. (See Ericsson Takes Giant Leap Toward Profitability.)

Given Ericsson's forecast of a 2% decline in the radio access network (RAN) market this year, the rate of growth suggests Ericsson is currently outdoing its chief rivals. Norrman says it is too early to figure out if Ericsson has increased its market share. But she attributes some recent successes -- with Ericsson replacing Nokia Corp. (NYSE: NOK), Huawei Technologies Co. Ltd. and ZTE Corp. (Shenzhen: 000063; Hong Kong: 0763) in several network deals -- to its renewed R&D commitments. (See Ericsson Beefs Up With Telefónica Argentina as Huawei Goes Hungry and DT Ditches Nokia From Its German Radio Access Network.)

"We see it happening increasingly," she says. "The portfolio is stronger now than a year ago, and that leads to better momentum in discussions with customers."

Margins have naturally risen as Ericsson slashes costs while boosting sales. Its entire headcount has fallen by 20,500 since the end of 2016, leaving it with about 108,000 employees (including contractors) today. The annual "run rate" for operating expenses has fallen by SEK10 billion ($1.1 billion) over that period. But Ericsson's latest products, and particularly the Ericsson Radio System that now accounts for 84% of all RAN sales, also appear to be more profitable than older goods.

"It is about technology leadership and cost leadership," says Norrman. "When you invest you get better products and more cost-efficient products."

Ericsson is understood to have offered some extremely competitive prices to edge out rivals in recent network deals. And with previous management talk of a market-share push in China, there was some concern about the likely impact of this activity on margins. Yet the company's latest earnings report shows the gross margin at the networks business has risen to 38.8%, from 34.4% a year earlier, with the operating margin ticking up from 3.4% to 3.5% over the same period. So have these more cost-efficient products allowed Ericsson to be price competitive without hurting profitability? (See Ericsson in China: Dangerous Liaisons?)

"Let's not go into pricing, but they definitely contribute to the strength in gross margins," says Norrman.

Nokia in the R&D spotlight
The investor spotlight will next shift to Nokia, which is due to report second-quarter results on July 26. CEO Rajeev Suri has talked bullishly about the networks outlook in the second half of the year and the likelihood that 5G business will arrive sooner than Nokia had originally expected. But margins at Nokia's networks business have been heading in the wrong direction. Its gross margin shrank to 35.8%, from 39.5% a year earlier. And its operating margin narrowed from 6.6% to as little as 1% over the same period. Ericsson and Nokia have effectively swapped places. (See Nokia Tumbles on Weak Results, Insists Good 5G Times Lie Ahead.)

Suri blamed Nokia's "regional and product mix" for the setback on profitability and said it would improve in the second half of the year. The concern for anyone rifling through financials is that Nokia lacks an upbeat R&D story to rival Ericsson's. R&D spending at the Finnish vendor's networks business shrank 5% in the first quarter, to 897 million ($1 billion), compared with the year-earlier quarter. And while Nokia invests more in R&D than Ericsson as a percentage of sales, its total investments were down 1.6% last year, to about 4.9 billion ($5.7 billion). Ericsson's soared a fifth, to SEK37.9 billion ($4.3 billion). (See Telcos Still in R&D Shadows as Spending Falls.)

Neither company's 5G future is assured. If Nokia has recently lagged on the radio side, then Ericsson's digital services business remains a drag on profitability, and cannot be ignored. "If you look at the complete 5G network it has a virtualized core from digital services and OSS [operational support system] components from digital services," acknowledges Norrman. "5G is not just radio."

Forthcoming technologies and the possible development of a "white box" market for radio equipment may present new challenges for both companies in the next few years. But the clear and present danger remains Huawei. For all of the concern about a ZTE-like clash with US authorities, it spent 89.7 billion Chinese yuan ($13.3 billion) on R&D last year, an amount that Ericsson and Nokia cannot possibly hope to match. (See Why Resistance to the Open RAN May Crumble.)

That does not mean they cannot hope to compete. With its handset and enterprise units, and a networks business that serves all parts of the telecom sector, Huawei has to spread its investments far more widely than Ericsson and Nokia, and previously indicated it would spend just $800 million on 5G R&D this year. Ericsson's momentum in the last few months has shown it can still pack an R&D punch. (See Huawei's $800M 5G Budget Piles Pressure on Ericsson, Nokia and Huawei Commits Up to $20B for Annual R&D, Fleshes Out AI Pitch.)

Duh! 7/19/2018 | 12:17:18 PM
Technology Industry Economics 101 High (and efficient) R&D investment is the primary determinant of vendors' future operating margins and revenue growth. R&D fills the product pipelines that ultimately drive sales.  It also drives down cost-of-goods-sold. This is a fundamental principle, and one that investors, boards and C-suites too often do not take seriously. After all, R&D is OPEX, which comes out of this quarter's net revenues, and short term-ism too often rules.

R&D to Sales ratio is one of the first things I look at when evaluating a supplier's financials. A C-suite that is able to push back against investors' short-term demands, even during temporary dips, is a good sign that the company is being well managed.

I could digress here into a long tutorial into vendor economics. Suffice to say, I've seen this priniciple work, both ways.