Before the metaverse, there was the Internet of Things (IoT).

Not the disappointing affair you know today, but one of 50 billion connected objects where fridges order resupplies when the milk runs low, toilets alert users to vitamin deficiencies, households are cluttered with Internet-enabled gadgetry and telecom operators have a new growth story for their shareholders.

It has never quite worked out this way, as shown in Vodafone's latest annual report. The UK-headquartered operator, which describes itself as "the largest IoT connectivity provider globally," made only 900 million ($954 million) from its IoT business last year.

This would look impressive at a smaller company but accounted for just 2% of Vodafone's service revenues in 2021. It connects less than half as many objects as it does people, boasting 150.1 million IoT connections and 323 million mobile customers. IoT is the bit nobody really notices.

This all looks set to change. Buried in Vodafone's annual report is the revelation that IoT is being prepped for a spinoff. Greater independence from the parent company "will help to accelerate the platform's growth and attractiveness to both new customers and connectivity partners," says Vodafone. 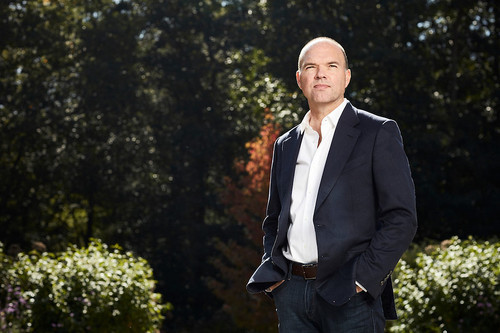 Unfortunately, that is all it had to reveal. A spinoff could mean Vodafone seeks to raise capital by selling a stake in the new-look business. It prompts speculation about its leadership, geographical base and strategy.

"There's nothing to say on this," was a Vodafone spokesperson's only email response when asked such questions by Light Reading.

Independence, though, will certainly focus attention on IoT, and it could make the business look far more successful than it does today as a small contributor to Vodafone's sales.

Low as it might seem in the context of a planet humming with connected objects, the figure of 150.1 million IoT connections is about 65 million more than Vodafone had in 2018.

Vodafone retains high hopes for IoT. It cites a GSMA forecast that IoT connections will number 23 billion devices by 2025, up 55% on today's figure. The addressable market already generates 10 billion ($10.6 billion) in annual sales and is growing by 16% each year, says the company in the section of its annual report about an IoT spinoff.

But all this needs to be read with caution. For one thing, most of those 23 billion connected objects are unlikely to rely on the cellular technologies that Vodafone flaunts.

Ericsson, which knows a thing or two about connectivity, estimated there were about 14.6 billion IoT connections globally last year, only 1.9 billion of which used cellular technologies such as 2G, 3G, NB-IoT and Cat-M.

The vast majority were on short-range systems like Wi-Fi and Bluetooth, which do not fetch revenues for the likes of Vodafone. And most of the growth will come in this sector, according to Ericsson.

By 2027, it predicts there will be 24.3 billion short-range IoT connections and just 5.5 billion that use one form of cellular technology or another, including 5G.

Competition is fierce, too. With 900 million in annual IoT sales, Vodafone already has a 9% share of the global addressable market, according to its own estimates.

While this looks substantially lower than its share of mainstream mobile revenues in the countries where it operates, an increase may be tough when there is so much rivalry in the most attractive sectors.

Investors may also be worried about just how little Vodafone makes from an average IoT connection. The company does not appear to have broken out IoT revenues in 2019 or 2020, but it did in 2018, recording annual sales of 783 million ($830 million).

Dividing this by the 84.9 million IoT connections Vodafone had that year produces a figure of just 9.22. The same calculation for 2021 shows it has dropped to just 6 in three years.

If that trend persists, and Vodafone continues to grow its IoT connections at historical rates, it would be looking at IoT revenues of about 1.03 billion ($1.09 billion) in 2024.

Prices cannot fall forever, of course, and a spinoff could be invigorating. Until now, relatively few IoT connections have used NB-IoT or Cat-M, the cellular technologies that were tailor-made for IoT.

But Ericsson believes they will surge dramatically in the next few years, and an independent IoT business would be able to concentrate on promoting these rather than maintaining old 2G and 3G connections. The trick will be getting customers to shift without disruption before those ageing standards are euthanized.

A spinoff would be the latest in a series of Vodafone divestments. It has already separated from major assets including its operation in India and parked its mobile towers in a discrete business called Vantage Towers.

Shareholders today will be more interested in whether Vodafone can merge any of its mainstream units with rivals. Whatever happens to the IoT business, smartphones and not fridges are where operators still make their money. And few seriously expect that to change.