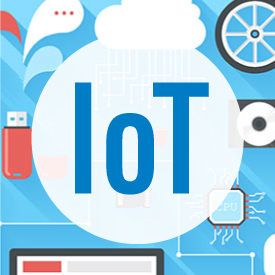 When it comes to the Internet of Things, the biggest challenge for service providers is dealing with fragmentation and a lack of standards, and their biggest priority is to help direct the standards process.

That is what 36% of Light Reading readers told us in a recent poll of more than 450, asking, "What are the biggest challenges and priorities for service providers when it comes to participating in the Internet of Things (IoT)?" (See Hola, MWC#15.)

The second highest vote for service provider concerns went to "positioning their brands as critical to the IoT to avoid becoming transport-only pipes," which is a challenge they are used to in many areas outside of the IoT as well. (See Will 2015 Bring IoT Resolution for Operators?)

Here is a look at how our survey respondents voted in the poll, excluding the 5% who said "other." For more on the challenges and opportunities in the IoT, visit the dedicated IoT content channel on Light Reading.

Amongst the others, one reader from a service provider, MarkC73, suggested the addition of "monetization" to the list, noting that, "I would think before I can sell the execs on this, I need something beyond brand stickiness, like ROI and monetization, because companies do things that make/save them money, make them look good, and/or are forced to do."

MarkC73 brings up a good point, because for all the hype there is around the IoT, it still only represents around 2% to 3% of a service providers' revenue, according to recent Heavy Reading research. Operators are working out how to monetize IoT through analytics and services. They are keen to go beyond being just the pipe providers, as our survey respondents indicated. "Attracting device creators and app developers to build solutions for their networks," which 13% selected, fits into that equation as well.

As for fragmentation, that's a challenge that will continue to get worse as more products flood the market that don't talk to each other or ride the same networks. Some -- like Verizon Enterprise Solutions -- see a role for themselves as a managed service provider for enterprise customers to help simplify this ecosystem, but standards will be crucial to define how IoT devices communicate with networks. (See Verizon Enterprise Makes Its IoT Play.)

That's why we are seeing so many standards bodies and protocols popping up in the IoT lately. That could, however, mean we end up with not one, but several, standards for IoT -- not necessarily a bad thing given how large and diverse it is becoming. (See AllSeen Tries to Streamline IoT Standards, Aeris Launches IoT Marketplace and OIC Issues First IoT Framework.)

Finally, the need to ensure the security of IoT data attracted 21% of our survey respondents' votes, but perhaps it should be higher given that the more things that get connected, the more things there are for cyber criminals to hack. There's a lot of valuable IoT data floating around out there, and service providers see a role for themselves as being the guardians of it. (See Could Hackers Take Over Your Home?)

SachinEE 2/28/2015 | 2:09:39 PM
Re: Big pipes @thebulk: While that may be true, I am really worried about the IOT space. You, me and everyone else who have seen IOT firsthand are sure that the road for IOT will become smooth in the long run, but what if all these standards bottleneck the IOT development schemes?
Reply | Post Message | MESSAGES LIST | START A BOARD

thebulk 2/27/2015 | 9:42:07 PM
Re: Big pipes I agree that the total lack of consistant standards are difficult for the IoT space right now. It really does make it hard for companies to lay claime on anything when in 6 months the standard they are using could be old news.

But I see this as a growing pain for the IoT space, it to shall pass.

SachinEE 2/27/2015 | 9:31:38 PM
Too many standards? Basically so many standards are there because the standardization organisations is made up of people from independent public sectors as well as private companies and when there was no standards, these PSU and private companies made IOT only to realize that standardization was not made till then, so they forced upon the iot world the standards they thought would increase their business without having them to change the structure of development for the IOT.
Reply | Post Message | MESSAGES LIST | START A BOARD

SachinEE 2/27/2015 | 9:28:14 PM
Re: Big pipes @thebulk: Nobody said having an IOT company is easy. They have got so many things to deal with as of this moment. Firstly, IOT has to have a dedicated supply chain for the IOT industry to benefit, which it doesn't have. Secondly there are a lot of standardization bodies spewing out new standards of operation which is not good for business.
Reply | Post Message | MESSAGES LIST | START A BOARD

thebulk 2/27/2015 | 2:21:41 PM
Big pipes I can see why providers do not want to be just pipes, but it is going to be hard for them to get traction in the IoT space, IMO, its not an area they are known for so it will be hard for them to break in.
Reply | Post Message | MESSAGES LIST | START A BOARD
EDUCATIONAL RESOURCES
sponsor supplied content
Coverage Analysis of LTE-M Category-M1 White Paper
Educational Resources Archive
More Blogs from Que Sera Sarah
Announcing...WiC's 2018 Leading Lights Winners