The largest 400 cellular IoT projects in the world accounted for approximately 279 million active IoT devices globally at the end of 2018, according to Analyst firm Berg Insight.

"The projects included in the top 400 list together account for approximately 279 million active cellular IoT subscriptions," Rickard Andersson, principal analyst at Berg Insight, said in a statement. Andersson adds that this corresponds to as much as 23% of the total number of cellular IoT connections worldwide at the end of 2018. 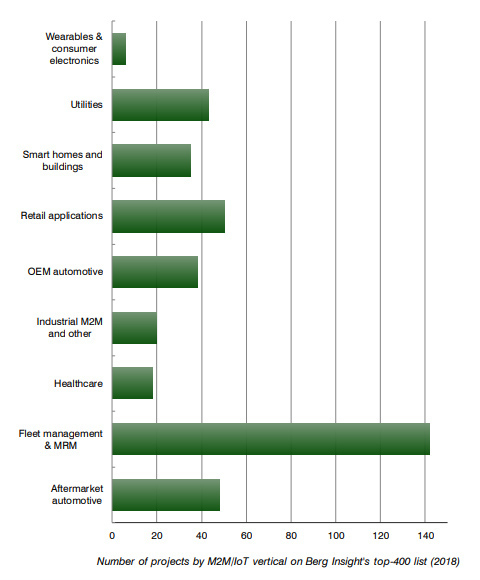 Fagerberg stated that Berg Insight doesn't have stats for how many of the cellular devices are 2G, 3G or 4G at the moment. However, carriers have started to add customers to their 4G LTE Cat-M and narrowband IoT (NB-IoT) services recently.

Why this matters: Modern cellular IoT is still in the early stages. Berg Insight notes that the top 400 projects account for around 87.2 million IoT devices in North America, and 74.1 million devices in Europe. Berg lists more than 101 million devices being used in projects in "the rest of the world," although much of this activity is likely in China.