A lot of money and shares are going to be sloshing around Altice as part of the dramatic restructuring the service provider announced earlier today. But behind all the financial rejigging and redistribution of wealth is a concrete plan to make Altice Europe and Altice USA two entirely separate entities with their own management and strategic visions. Patching up the leaky French and Portuguese vessels will be a priority for the European crew. (See Altice Spins Off US Biz, Rejigs in Europe.) 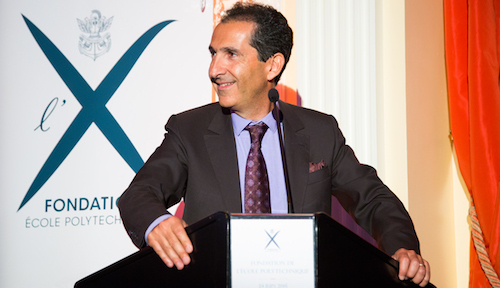 Patrick Drahi, Altice's founder and controlling shareholder, is splitting his US business from his European one.

Even so, while these are not the plunges that typically induce panic among investors, Altice has clearly trailed some of its key rivals on important measures. For a long time, its Numericable-SFR business in France seemed to be a punching bag for competitors, all of which outperformed it on subscriber growth. The word on the street was that Altice's strategy of borrowing heavily to fund acquisitions and then cutting deeply into operational costs had enfeebled its sales and marketing capabilities.

Without growth, this mountain of debt had looked insurmountable to some investors. In the third quarter, Altice had about 49.6 billion ($59.1 billion) in net debt on its books, roughly 5.3 times its annual EBITDA. To put that in context, most European incumbents report net-debt-to-EBITDA ratios of between 2 and 3, and are considered heavily indebted companies.

Even if Altice's US business has been growing, it has not delivered the kind of sales performance that would allay investor nerves. Overall revenues were up just 0.3% in the third quarter, to 5.76 billion ($6.87 billion), with France and Portugal accounting for about 58% of total revenues. Due to unfavorable currency movements, overall adjusted EBITDA rose just 1.8%, to 2.36 billion ($2.81 billion). Following the publication of earnings on November 2, Altice's share price fell by 22.6% on November 3, closing the day at 12.51 ($14.91). It had fallen to 9.45 ($11.27) on January 8. (See Altice Moves to Stem Investor Panic.)

The revamp announced today marks a big strategic shift. Gone are the days of grand takeovers funded through extreme leverage. There is a tacit admission that Altice cannot slash costs with only half an eye on operational performance and still expect to increase sales. Asset disposals, as opposed to acquisitions, are now on the table. Altice has already sold its Swiss operations for about 214 Swiss Francs ($218 million). Its towers business and Dominican Republic subsidiary, as incongruous in Altice Europe as a baseball player on a soccer team, are now up for grabs. On news of the restructuring, Altice's share price closed up 10.52% in Amsterdam, at 10.44 ($12.45). (See Eurobites: Altice to Flog Dominican Business  Report.)

The US spin-off also means that Altice Europe gets the undivided attention of its own CEO. Formerly group CFO, Dennis Okhuijsen will fill that role, reporting directly to Altice founder and controlling shareholder Patrick Drahi. He effectively replaces Michel Combes, who as group CEO was forced to split his time between Europe and the US. Combes left Altice following the release of its disappointing third-quarter results, and was recently reported to have joined US mobile operator Sprint. (See Eurobites: Drahi Retakes Control at Altice as Combes Steps Down and Sprint Appoints Ex-AlcaLu Boss Combes as CFO.)

1 of 2
Next Page
Like what we have to say? Click here to sign up to our daily newsletter
COMMENTS
Newest First | Oldest First | Threaded View
Add Comment
Be the first to post a comment regarding this story.
EDUCATIONAL RESOURCES
sponsor supplied content
(eBook): 5G Testing for the Race to Revenue
Trends in the Communications Industry
How to Gain the Edge in the Fiber Broadband Boom
A new approach to billing for a new generation of customers
CBRS Spectrum and the Future of Private Wireless Networks
Smart Edge: Productizing Edge Deployment
Interview: Open RAN enabling CSPs to deliver on the promise of 5G
Keynote: Open RAN: The Next Step
Educational Resources Archive
More Blogs from Morris Lore
Public cloud holds perils, and don't expect an 'open' RAN with it