Sony is better known for electronics and entertainment than for education, but the company is now working with IBM to bring blockchain technology to help store and manage student records and other critical documents and data.

The project is coming out of Sony's Global Education (SGE) division, and will use the blockchain developed by IBM and powered by Big Blue's cloud computing platform.

The blockchain is built on top of the Hyperledger Fabric 1.0 framework developed and support by the Linux Foundation.

Blockchain is a distributed database or ledger that can be used to track ownership of digital or physical objects. It first found popularity with cryptocurrency such as Bitcoin, but IBM, Sony and other companies are looking to develop more commercial uses for the technology, especially in the banking, financial, insurance and government markets. (See IBM, AIG Bringing Blockchain to Insurance Industry.) 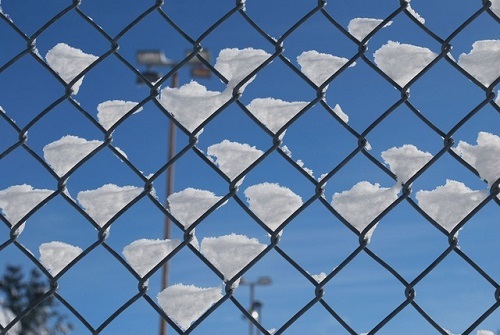 In the case of Sony, the company announced plans last year that it would start to create blockchain technology for the education market. On Wednesday, it announced it had completed several successful tests and it now plans to roll out a full commercial product by 2018.

The systems that Sony is looking to remove is one where student and other records are typically stored within a school, and those documents are sent along through email or even still on paper.

This can create issues if a high school students is applying to college and the university needs additional records. With blockchain, all the records are more centralized and that college recruiter could pull data from the school, as well as other sources, even if those records are housed within different platforms.

"Users can take data about school grades and educational records, create a digital transcript, and safely provide it to a different educational institution. Additionally, this also makes it possible for evaluating organizations to analyze this data and records using artificial intelligence (AI) and use it to provide suggested improvements to educational institutions' curriculums and management," according to Sony's Aug. 9 statement.

Sony does see its blockchain platform as having greater potential beyond education, with the company noting it could be used for other data management problems, as well as a way to control Internet of Things (IoT) data.

Later this year, Sony plans to test its blockchain at the Global Math Challenge. The company plans to use the technology to record results and create a digital transcript of the content that can be shared and secured.

rebeccalee 2/17/2020 | 6:02:50 AM
Re: Wow . Great information conveyed that Sony & IBM is bringing Blockchain to mantain & store records that is helpful for both teacher & student and providing beneficial for student as well as industry level experts.
Reply | Post Message | MESSAGES LIST | START A BOARD

lapix 1/22/2020 | 5:42:32 AM
best seo compani in dubai in modern generation there is lack of reading interest . reading blowing the human mind . this is the source of knowledge. reading increases the general knowledge
Reply | Post Message | MESSAGES LIST | START A BOARD

DirectionsAE 12/27/2019 | 10:46:50 AM
Block Chain
Its really a  great  news that bring companies like Sony, IBM, and others were bringing blockchain to education for making education better and Sony or IBM will develop this  kind of software development which help's both student and teacher

Upostablike 12/25/2019 | 2:21:06 PM
Opinion Today, the reality of education is this - they give you a bunch of tasks that do not give you an answer in their need. But for the development of their implementation is necessary, which is why you must see this. But with each such task, you gain experience and the necessary skills

kdiei123 12/20/2019 | 5:34:05 AM
education This is just great news! I think for schoolchildren and students this innovation will be really useful, but if you are a schoolboy or student yourself, then I advise you to use https://freebooksummary.com/romeo-and-juliet-by-shakespeare-analysis-of-juliets-soliloquy-act-4-scene-3-72421 with this cool, and most importantly absolutely free educational service.
Reply | Post Message | MESSAGES LIST | START A BOARD

incuba 8/29/2019 | 1:30:52 AM
Good Job Software Development I think is really touching the next level since blockchain has been introduced. No wonder if blockchain be as big as the Internet!
Reply | Post Message | MESSAGES LIST | START A BOARD

edmans 3/26/2018 | 3:58:18 AM
Promising program I think this is a very promising program. If Sony successfully tests it and can implement it, this program can affect the structure of education. Especially in terms of workflow. As mentioned in the article, it will be convenient in banking, financial and insurance sectors. For example, it will be easier to compose and send complaint letter for poor service to the right department. This technology can simplify many common things.
Reply | Post Message | MESSAGES LIST | START A BOARD

kq4ym 8/26/2017 | 12:08:07 PM
Re: Wow. Yes, I could see how costs could get inflated in the education market with a great pitch for Blockchain. I would think that this idea will certainly be utilized well though in the IoT market as devices and their use multiply in the near future demanding better and more efficient ways to manage the data.
Reply | Post Message | MESSAGES LIST | START A BOARD
Page 1 / 2   >   >>
EDUCATIONAL RESOURCES