Since VMware Cloud on AWS launched in August, it's been available on AWS's West Coast region in Oregon, and now it's expanding to the AWS US East North Virginia region, making it available on both coasts of the US. The companies hope to have the service available on all major AWS geographical regions by the end of next year, Oprencak says. 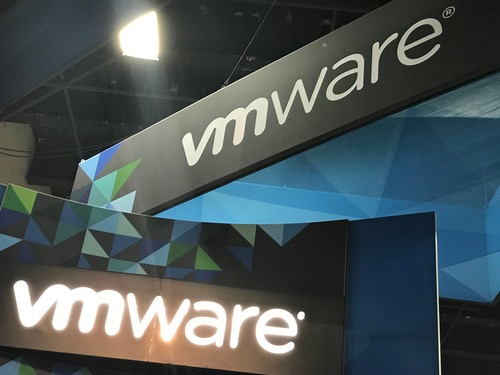 The service provides compute using vSphere, storage using VMware vSAN and networking using VMware NSX on AWS bare metal, supported by VMware, with unified vRealize management tools for on-premises and cloud workloads. It's based on vSphere, with the same services running on both vSphere on premises and on AWS, including container services; infrastructure solutions such as security, firewalls, and load balancers; and business applications such as Oracle and Microsoft.

Simplified Cloud Migration, launched Tuesday, supports VMware Hybrid Cloud Extension, for migrating applications at large scale and running hybrid applications simultaneously on premises and on AWS. The migration service supports vMotion, for moving running applications from one server to another without interruption, and "L2 stretched networking," extending Layer 2 networks from on premises to AWS with the same configuration, subnet, and IP addressing, Oprencak says.

The two companies are increasing the scale of their joint services, to support tens of thousands of virtual machines, Oprencak says.

VMware and AWS are structuring total cost of ownership to be "significantly more attractive than traditional on-premises infrastructure and comparable to native cloud instances," Oprencak says. VMware on AWS is available on demand, and in one- and three-year subscriptions, with a Hybrid Loyalty Program for bulk discounts.

VMware says its AWS partnership is more attractive than what Microsoft is offering because VMware and AWS are offering a uniform environment. "Azure Stack is the cloud-based environment coming into on-premises and being disruptive," Oprencak says. "We're taking what the customer has on premises and making the infrastructure and operations consistent."