Hewlett Packard Enterprise (HPE) posted a loss during its fiscal second quarter as the company continues to restructure and spin off different parts of its business, while focusing more on hybrid IT, cloud and software-defined data center offerings.

Wall Street analysts were looking for a profit of $0.35 per share with revenue of $9.73 billion, according to Market Watch.

However, with HPE, the company's ongoing restructuring causes some confusion when it comes to reading its financial results.

For the quarter, the company actually posted revenue of $9.9 billion, however, $2.5 billion came from discontinued operations -- Enterprise Services -- which were spun off during the last three months, which then contributed to the loss. (See HPE Spins Services, Cuts Outlook.) 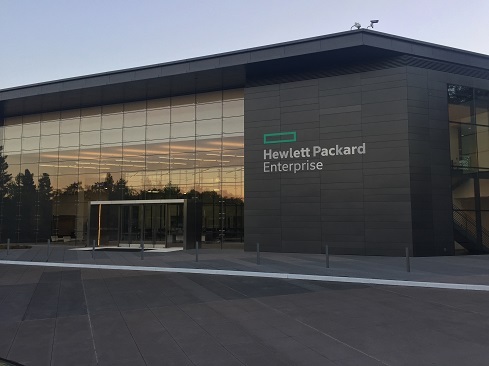 When excluding charges related to the spinoff, the company posted earnings per share of $0.35.

The company is not done yet. Later this summer, HPE plans to spin off its software business to Micro Focus, which will leave the company with a tighter focus on hybrid IT -- a mix of traditional IT and cloud -- as well as multi-cloud, edge computing, and the software defined-data center products. (See HPE Spins Software Business to Micro Focus for $8.8B .)

In prepared remarks, CEO Meg Whitman noted that HPE will continue its transformation and focus on being a smaller, more nimble IT provider.

"During the past year and a half, we've made significant progress in strengthening HPE to compete and win well into the future. We are focused on becoming a smaller, nimbler, and financially stronger company that is more committed to customers and partners than ever before," Whitman wrote.

In her remarks, Whitman noted that some of the problems stemmed from less server demand from one Tier 1 customer -- reportedly Microsoft -- although Whitman did not name the customer. She also noted that lower license and professional services sales in software contributed to the quarterly loss.

Whitman did note that the company's Aruba networking division and its services brand, Pointnext, performed well.