MongoDB showed this week that the IPO market for tech companies with solid business plans is alive and well.

The open source database company made its debut on Nasdaq October 19, selling about 8 million shares of public stock as part of its initial public offering. The company priced its stock at $24 per share, higher than the initial range of $20 to $22 per share.

At the end of the trading on Thursday, MongoDB's stock price closed at $32.07 per share, with the company raising about $192 million on the first day, and the company is now worth about $1.57 billion in market capitalization, according to estimates. 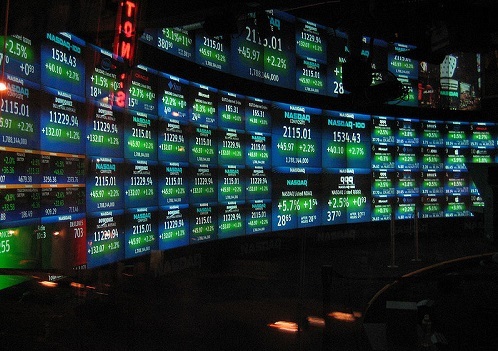 Over its ten-year history, New York-based MongoDB has raised about $450 million in funding through a series of investors, according to Crunchbase. While the company still has a way to go to return investors' funding, the company's successful start shows that market is eager for companies that have a solid business plan built around the cloud, as well as other technologies such as open source.

As part of its paperwork with the US Securities and Exchange Commission, MongoDB noted that the database is the "heart of every application" and unlike legacy database makers, such as Oracle, the company designed its DB specifically for the cloud. (See MongoDB Files for IPO.)

At its recent Oracle OpenWorld show, Oracle looked to put more of an emphasis on how it has adjusted its database services for the cloud, and it's not hard to imagine that up-and-comers such as MongoDB and Cloudera factored into that. (See Oracle's Ellison: Amazon & SAP Use Our Database Because We're Better.)

MongoDB has also been eyeing a greater role in the cloud.

Last year, the company released Atlas, a database-as-a-service platform, and the goal now is to get more of its subscription-based tools and software into the hands of developers and IT departments.

MongoDB's IPO also bodes well for other tech offerings that are expected to be announced soon. Specifically, Canonical, which also builds its products on open source, is expected to launch its own IPO, although CEO Mark Shuttleworth has not said specifically when that will be. (See Canonical Doubles Down on Enterprise Cloud, IoT.)

mhhfive 10/23/2017 | 2:00:02 PM
Re: Fascinating that open source can IPO again... Software as a service apps might be the upcoming end of Excel -- if "office suites" or productivity apps can be combined together and gain enough users. I think chat/messenger services that combine with other apps might have a chance. (Eg. Slack + SaaS app suite)

Ariella 10/21/2017 | 9:09:22 PM
Re: Fascinating that open source can IPO again... @mhhf1ve I have no doubt that something better will emerge. It's just that school curricula tends to be a couple of years or more behind the tech. I discussed this briefly with one of the people involved in a specialty school for data science. He said that universities are never as up-to-date as the latest developments. That's why they offer students a greater advantage in gaining skills.
Reply | Post Message | MESSAGES LIST | START A BOARD

mhhfive 10/21/2017 | 12:43:36 PM
Re: Fascinating that open source can IPO again... @ariella, we'll see if Google Sheets can ever catch up -- since it's popular with grade school kids... maybe by the time they get into b-school..? :P But I doubt it. I think there will have to be something much better than Excel/spreadsheets -- like a nearly magical Mathematica+spreadsheet app.
Reply | Post Message | MESSAGES LIST | START A BOARD

Ariella 10/20/2017 | 4:34:20 PM
Re: Fascinating that open source can IPO again... @mhhf1ve well, it is still the software assumed for business classes at college, if my own daughter's experience is anything to go on.
Reply | Post Message | MESSAGES LIST | START A BOARD

mhhfive 10/20/2017 | 4:28:26 PM
Re: Fascinating that open source can IPO again... I'm sure there are plenty of people who would like to switch away from Excel (or name your least favorite proprietary software), but for every hater there are probably tens of others who are resistant to changing. There has to be a better reason to switch platforms because most people will simply use what is "good enough" and not better.
Reply | Post Message | MESSAGES LIST | START A BOARD

Ariella 10/20/2017 | 4:15:13 PM
Re: Fascinating that open source can IPO again... @mhhf1ve plenty of Excel haters out there. Here's just one example: http://www.insightsquared.com/2013/12/why-excel-spreadsheets-are-actually-the-worst/, and I found several others on Forbes.
Reply | Post Message | MESSAGES LIST | START A BOARD

mhhfive 10/20/2017 | 3:54:12 PM
Fascinating that open source can IPO again... After the dot-com crash, open source companies looking to IPO were somewhat hard to find, with a bunch of people saying that there wasn't anything to "sell" if the source code was open. More and more companies are being built on open source now, so I wonder if anyone is still naysaying open source software?

Will Microsoft Office products even become open source..? Nope, but I wonder how long Excel will still dominate its market.
Reply | Post Message | MESSAGES LIST | START A BOARD
EDUCATIONAL RESOURCES