Hewlett-Packard Enterprise CEO Meg Whitman is stepping aside from the president role, and Antonio Neri, a 20-year plus veteran of the company, is taking over that executive spot as HPE looks to shed some old businesses and invest in new ones.

Neri's appointment comes a few weeks after HPE Discover, the company's annual user event in Las Vegas, where he played a major role and introduced some of HPE's new signature products, including its ProLiant Gen 10 server. (See Meg Whitman: HPE Will Live on the Intelligent Edge.)

While HPE has been preparing the groundwork to become a much larger player in cloud, Internet of Things and analytics, it's also a company struggling with some legacy businesses.

There was, of course, the big split, when the original Hewlett-Packard separated into two companies: HPE for enterprise hardware, software and service and HP Inc., which now handles the PCs and printers. 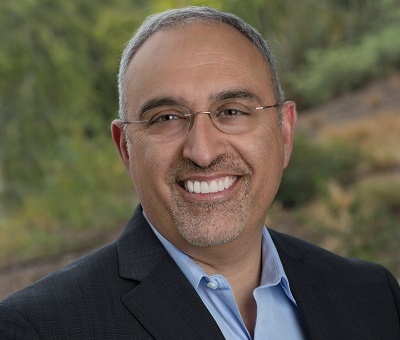 Over the last two years, HPE has also spun off other businesses. This includes spinning out its services division to Computer Science Corp., as well as selling software assets to SUSE. Another part of the software division is being sold to Micro Focus later this summer. (See HPE Goes All in With Hybrid IT.)

At the same time, HPE has been buying companies for its strategic IP. This includes SGI, SimpliVity, Nimble Storage and Cloud Cruiser. In his previous roles at HPE, including most recently as executive vice president and general manager for the Enterprise Group, Neri oversaw many of these deals and Whitman acknowledged that in a June 22 statement. (See Meg Whitman: HPE Is Ready to Expand Again.)

"From overseeing the reinvention of our Technology Services business and the divestiture of our H3C business in China, to the integration of critical acquisitions like Aruba, SGI, SimpliVity and Nimble, Antonio has been invaluable to me as we have worked to establish the new Hewlett Packard Enterprise," Whitman wrote.

How all these changes will play out is unclear. HPE took an unexpectedly large loss during its fiscal second quarter, which the company attributed to several factors, including restructuring costs and increased competition. (See HPE Posts Loss as Company Restructuring Continues.)