Qualcomm is the latest company to advance WiFi networking capabilities by announcing its support for the emerging 802.11ac standard with multi-user MIMO (MU-MIMO) antenna technology in a range of chips for routers/gateways and end-user devices.

Commonly referred to as "Gigabit WiFi," 802.11ac is the latest WiFi standard, approved in January this year, and operates in the 5GHz frequency band. It has been developed to enable faster connections than the 802.11n standard, which is already widely deployed, and is seen as a way to deliver HD video over wireless connections.

With its 802.11ac portfolio, Qualcomm Inc. (Nasdaq: QCOM) is borrowing a technology from the cellular world.

MIMO -- or multiple-input multiple-output -- involves the use of multiple transmitters and receivers to transfer more data simultaneously, thus accommodating more users at the same time. The introduction of MU-MIMO into the WiFi domain, which currently sends and receives data to only one device at a time, will enable access points (public, enterprise, or even in the home) handle more devices at once, doubling or even tripling their capacity, and optimizing the wireless connections. (See Holy HetNets! Its Super Macros & Massive MIMO and Ready or Not, Here Comes 5G.)

According to Todd Antes, VP of product management at Qualcomm's Atheros division, typical access points have to subdivide their capacity for each new device that wants to connect. With MU-MIMO, access points can compute and form up to three separate beams talking to three clients at the same time, so delivering much greater capacity to end users.

"For service providers that have WiFi hotspots in public areas or enterprises that have WiFi in-building, this is very compelling," Antes says of MU-MIMO. "This is the most important feature in [802.11]ac for them. It allows them, in their network with an existing set of frequencies, to serve more clients or serve the same number with better throughput, and it leverages the assets they have in a better way, so they can make more money."

MU-MIMO is one of several features from release 2 of the Wi-Fi Alliance 's standard specifications for 802.11ac. Qualcomm Atheros division has been testing versions of the MU-MIMO spec for seven years, Antes says, but it wanted to be able to officially announce it with an ecosystem of partners. (See Wi-Fi Alliance Begins Certifying 802.11ac.)

That's because to take advantage of MU-MIMO, it has to be supported by devices and access points. For the most part, that will require new devices coming to market, but Antes says Qualcomm has been including MU-MIMO support in its devices with the Snapdragon 805 and 801 mobile processor, so that it will be able to turn it on with a software upgrade when needed.

At launch, Qualcomm's ecosystem includes chips for networking products (routers, gateways, and enterprise access points), smartphones, tablets, computers, consumer electronics, TVs, set-top boxes, and automobiles. Most will begin sampling in the second quarter. The chipmaker has also developed its own algorithms to manage the simultaneous connections, enabling WiFi networks to adapt on the fly to channel conditions, device movement, and application requirements.

This is only one of several WiFi advancements that have resulted in service providers taking the use of unlicensed spectrum a lot more seriously. Hotspot 2.0 developments are set to improve authentication on WiFi networks -- an important consideration if users are to be able to connect quickly and easily -- while, for its part, Qualcomm is also working on a technology to improve handoff, CnE, as well as a new innovation, LTE-U, that bonds WiFi with LTE for extra capacity bursts. (See Qualcomm Chips Away at Carrier Wi-Fi, Qualcomm Unveils WiFi Chip for Home Appliances, Jury Still Out on LTE-Unlicensed, Boingo Expands Hotspot 2.0 Trial to 23 Airports , and Hotspot 2.0 Makes Slow & Steady Progress.)

Sarah Thomas 4/4/2014 | 9:20:15 AM
Re: Question That is a good question, Colin. The way I understand it is they have somewhat different use cases. They both support high data rates, but 802.11ac was an evolution of the standard that will improve hotspot functionality (using beamforming to support larger areas), while 802.11ad was a completely new standard designed for ad-hoc short-range connectivity. But there could be compatibility issues and they do require new devices. I think that's one reason Qualcomm wanted to wait until it had a large ecosystem to announce with its launch, to show the support ac is getting and assure people it wouldn't fragment the industry more.
Reply | Post Message | MESSAGES LIST | START A BOARD 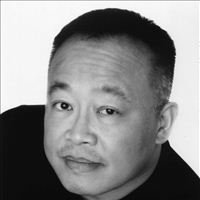 colin19216811 4/4/2014 | 2:07:32 AM
Question Hello Sarah, How do you think 802.11ad will affect the introduction of 802.11ac? Do you see businesses and consumers backing off both technologies until there is a clear winner. Could we have to wait sometime for the clear winner? Thank You. Colin
Reply | Post Message | MESSAGES LIST | START A BOARD