Google Steps Up Enterprise Networking  Get Ready to Panic

Google is stepping up its networking options -- and potentially its threat to telcos and other communications service providers -- with new VPN and interconnect capabilities to allow enterprises to connect to Google Cloud.

The biggest potential threat to telcos is a new 100Gbit/s Dedicated Interconnect service, connecting enterprises with the Google Cloud, going into beta Wednesday. It provides service level agreement of 99.99%, and is designed for bandwidth-heavy use cases, including ingesting data into Google Cloud Storage and massive data processing with BigQuery, Google says.

The new High Availability (HA) VPN, soon in beta, connects on-premises enterprise deployment to Google Private Cloud; the service is planned to have 99.99% availability when it becomes generally available.

True enough -- Google has many opportunities to partner with carriers. But it's also offering services, like VPN, and dedicated connectivity, that have hitherto been the bailiwick of carriers. So telcos should be getting nervous. 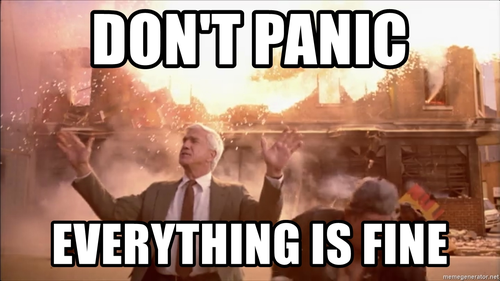 Previously, Google launched Network Service Tiers, which allow Google Cloud customers to customize networks for performance or price on a per-workload basis. Premier Tier uses Google's own global private network for customer traffic, which exits the network near the end user, for high reliability and low latency, and Standard Tier uses the public Internet once traffic exits the region that cloud data is located in.

Google has a long record of dabbling in network connectivity; it launched Google Fiber ten years ago, and has suffered many setbacks since. On the other hand, its fixed wireless plans are still proceeding.

AWS launched Global Accelerator network services in November, improving the performance and availability of applications running across AWS regions by bypassing the public Internet and instead transporting application data on the AWS Global Network. And Facebook went into business selling wholesale fiber to local and regional telcos, announcing the service in a March blog post.

With cloud providers' ability to execute and cut costs, telcos should be nervous about encroachment on their traditional business. On the other hand, telcos have long decades of experience running communications networks, and deep customer relationships, so they're not coming at this competition without strengths of their own.

And edge computing and the Internet of Things open up new vistas where service providers and cloud providers can both compete and cooperate. Where conventional cloud does compute in massive, centralized data centers, IoT and 5G require compute at the edge of the network. The edge is both literally and metaphorically telco real estate. Indeed, my colleague Mike Dano has intriguing analysis today about where we might see mega-deals between hypercloud providers and telcos.

Readers with long memories will remember that telcos at one time tried to compete directly with cloud providers. It made sense -- after all, telcos have data centers, relationships with enterprise customers and already provide connectivity, right? But telcos found themselves unable to compete and mostly got out of the cloud business. For example, Verizon acquired cloud provider Terremark for $1.4 billion in 2011, then sold the assets to IBM in 2017.

A significant number of telcos still offer cloud services, but they're specialized and local. If the big hypercloud providers get into data networking in a big way, telcos could be left scrambling.

In addition to the connectivity options, Google launched networking software. The company debuted Traffic Director, to manage traffic on an open service mesh. A service mesh is a network of microservices; the Traffic Director, currently in beta, does what it says on the tin -- configures and controls traffic between microservices in a service mesh. It's designed to allow application instances to be deployed in multiple Google Cloud Regions, balancing load traffic to the closest available instance and automatically failing over or overflowing to an instance in another region, if all instances in the closest region are unavailable.