Service provider revenue is shrinking as part of Cisco's business, but overall revenue grew in the most recent quarter, the company said Wednesday.

Switches, routers and other infrastructure platforms, representing 57% of Cisco's overall revenue, was up 6% year-over-year, to $7.128 billion. Infrastructure is historically the foundation of Cisco's business but is slowly being replaced by software, services and other recurring revenues.

The company's router products declined, due to overall weakness in the service provider market, Cisco said. 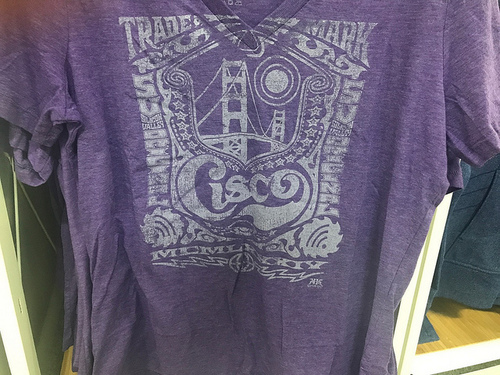 But other sectors grew faster -- applications, including AppDynamics and WebEx, was up 24% to $1.465 billion, and security was up 18%, to $658 million. Within applications, collaboration "had another quarter of exceptional growth," the company said.

Subscriptions are an increasingly big part of software revenue, growing by about 10 percentage points year-over-year, to 65% in the most recent quarter, up from 54% in the year-ago quarter.

Of its industry sectors, public sector saw the strongest growth, at 18%.

The US government shutdown had "minimal" effect on Cisco's business, CEO Chuck Robbins said on Wednesday's earnings call. He noted that only 25% of agencies were impacted, and some agencies accelerated their orders when they saw the shutdown coming. Public sector also accounts for much international growth, Robbins said, though Cisco did not break out those figures.

Cisco sees a strong future ahead for the enterprise. "We should have a pretty successful run ahead of us in enterprise accounts, assuming we continue to execute, Robbins said, cataloging a number of factors that lead to his optimism. The Catalyst 9000 switch is still in its early days, with plenty of room for growth. Overall, switching was up double digits in this quarter. Cisco recently introduced a 400 Gbit/s switch, and expects to see broadbased deployments in midyear.

Cisco's enterprise growth is fueled by its integrated, internally built silicon and software. The company recently acquired Luxtera, which will allow it to builds its own custom optics, closely integrated with the product, rather than procured externally. Cisco's hardware provides real-time packet examination through silicon, as well as intent-based architecture, and differentiates on power consumption, Robbins said. (See Cisco Sees Optics Innovation, Manufacturing Automation in Luxtera.)

The next strongest sector was commercial, Cisco's name for small and midsized businesses, up 7%.

Service provider was the one sector to decline, by 1%. Cisco did not explain that decline, either in its statements or on its earnings call.

As the service provider business shrinks, security is an increasingly important part of Cisco's business, Robbins said. The 18% growth security saw in the most recent quarter is the fastest in many years.

One analyst on the call said that Huawei Technologies Co. Ltd. is claiming to take international market share from Cisco. Robbins pushed back on that. He said China has an outside impact on global market share. "If you're not participating in a material way in China, it's difficult to gain share broadly across the world," Robbins said. Internally, Cisco analyzes global markets both with and without China, "to see how we're doing," Robbins said.

Robbins may be indicating here that Cisco is anticipating a possible US-China trade war, in which China will exclude Cisco. (See Will Trump Fan the Flames as Huawei Is Burned at the Stake?)

Cisco sees its global market share growing stronger, particularly as it innovates in 5G and the service provider market. "We will put our innovation up against theirs, and anyone's in the world," Robbins said. "I feel very confident that not only can we compete, but we are, and we're winning right now."

In other financial results: The company reported Q3 guidance of 4% to 6% revenue growth and earnings per share $0.76 to $0.78 non-GAAP.

Cisco declared a quarterly dividend of $0.35 per common sure, up 6% sequentially. Cisco authorized a $15 billion increase for a stock repurchase program, for a remaining $24 billion.

Cisco completed its divestiture of the Service Provider Video Software Solutions (SPVSS) business during the second quarter, specifically on Oct. 28, and normalized its quarterly revenue to reflect that change. (See Cisco Closes Sale of Video Software Unit to Permira.)