The coronavirus pandemic has driven demand for cloud services sky-high, Microsoft has found as its commercial cloud revenue soars by a yearly 31% to $15.2 billion.

It is generally a good time for the Redmond, Washington-based company.

Its first-quarter revenues, $37.2 billion, are up 12% from the same period a year ago, beating analysts' expectations by $1.5 billion. 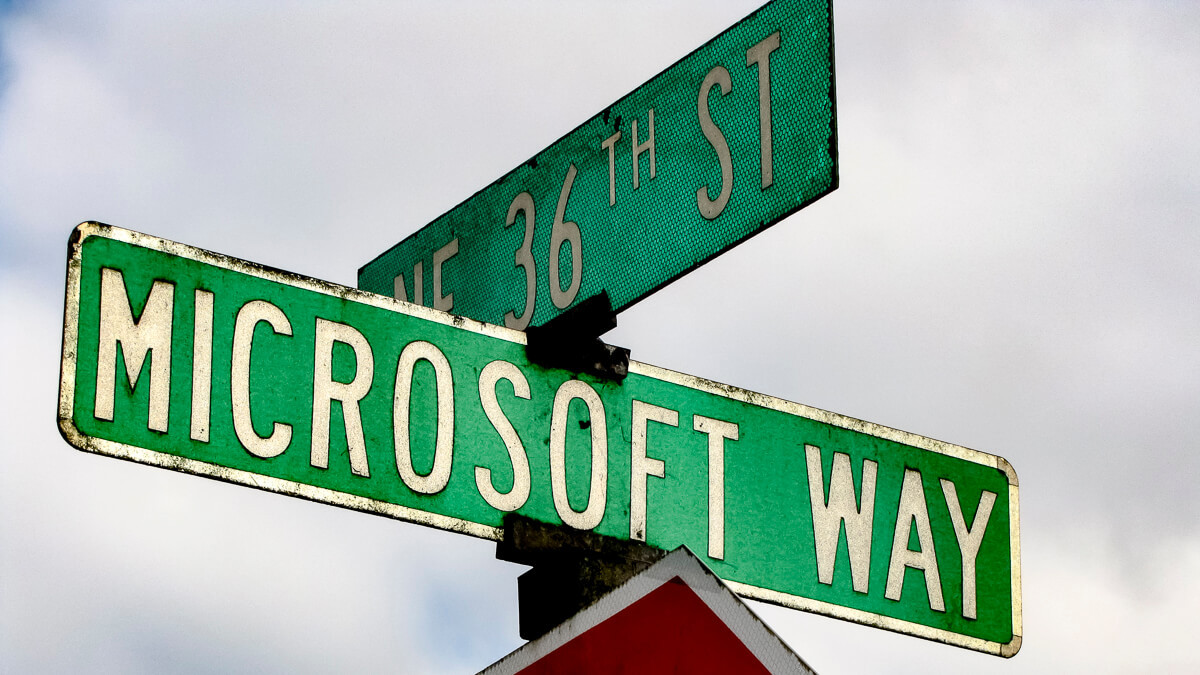 This is the way: Microsoft see profits holding steady thanks to a pandemic boost to its cloud services.
(Source: Todd A Bishop on Flickr CC2.0)

The share of gross domestic product spent on information technology is meanwhile set to double in the coming decade, from its current 5%, predicts its chief executive, Satya Nadella.

And this is not a trend COVID-19 is likely to slow.

"In a world of uncertainty and constraints, every person and every organization needs more digital technology to recover and re-imagine what comes next," Nadella told a conference call.

Outlook is a little cloudy

Cloud is still an area where Amazon Web Services dominates, but Microsoft is bringing a strong catch-up game.

Though it may seem strange in the midst of a pandemic, Microsoft is now eyeing health as a growth area.

Later this week, Microsoft – which turns 45 this year – will introduce its Microsoft Cloud for Healthcare, its first industry-specific cloud, Nadella says.

"It brings together healthcare-specific capabilities from across Dynamics 365, as well as Microsoft 365, Power Platform, and Azure, to help providers like Cleveland Clinic and St Luke's Health Network," he adds.

(This is especially high for professionals: 38% of university graduates are working entirely from home.)

Microsoft Teams is accordingly up to 115 million daily users.

For Nadella, all this starts looking like a platform.

As work moves online, businesses will find it easier for their meetings and phone systems to live in one place, he says.

And luckily for Teams, it can offer this with "meetings, calls, chat, content collaboration, as well as business process workflows," argues Nadella.

After all, software's where it all began for Microsoft: Bill Gates and Paul Allen picked the company's name as a portmanteau of 'Microcomputer Software'. (It shares this category with Vodafone, a portmanteau for Voice Data Fone.)

This is on-site, private 5G. Verizon currently offers it with its 5G Edge product, to businesses in Atlanta, Boston, New York City, the San Francisco Bay area and Washington, DC.

me while trying to listen to the Microsoft earnings call pic.twitter.com/ic56lmObaq

The number of petabyte-scale workloads running on Azure is more than doubling year-on-year.

Clearly Microsoft thinks the sky's the limit when it comes to Azure.

It launched an Azure Space initiative last week, to try to position Azure as a connectivity and compute player in the satellite and space market.

The idea is to bring customers' data from geosynchronous-orbit satellites straight into the Azure cloud.

At the same time, not surprisingly, people stuck indoors and on earth are gaming more, so Xbox's revenues are up 30%, year-on-year. That's $1.553 billion spent on Xbox in three months.

The Verge editor, Tom Warren, even tweeted a picture of himself juggling Xbox and Playstation controllers "while trying to listen to the Microsoft earnings call."