New CommScope CEO gets loads of time to formulate a 'reset'

Chuck Treadway, the new CEO of CommScope, won't be forced to make any knee-jerk decisions about the future, long-term direction of the company. In fact, he'll have until the third quarter of 2021 to analyze and present his plan to "reset" CommScope and get its share price back on the right track, according to CommScope board chairman Bud Watts. 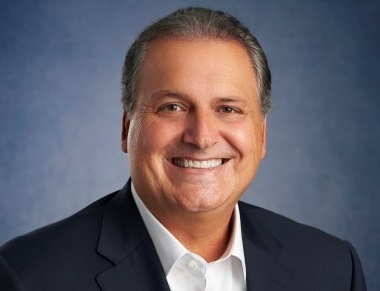 Treadway most recently was CEO of Accudyne Industries, previously a portfolio company of BC Partners and current CommScope investor The Carlyle Group. He's also a former president and CEO of Thomas & Betts Corp. and is late of Schneider Electric, Prettl International and Yale Security.

"The board views Chuck's arrival as a much needed opportunity for a reset in the way we look at and manage the business in the long term," Watts said today on CommScope's Q3 2020 earnings call. "There's a lot of good stuff going on at the company right now, but to state the obvious, our share price performance over the last two years has been unacceptable."

The board, Watts added, is "committed to giving Chuck the time necessary to learn and assess the business and to build an aggressive, credible plan."

So, the pressure is on. And Treadway, who succeeded former CEO Eddie Edwards about a month ago, will be given time to relieve it.

But the amount of time given to conduct a strategic review did cause analysts on the call to question why the process couldn't be completed much sooner.

"We just need to take this thing step by step," Treadway said, noting that he'll be tasked with evaluating CommScope's 17 business units and come up with a way to generate a "step-function" change to the overall business.

Treadway, who claims to have "developed a passion for problem-solving," said he spent his first month as CEO meeting with senior leaders, talking to customers and visiting CommScope's labs.

Alex Pease, CommScope's EVP and CFO, assured that the company won't be "sitting on our hands for the next 270 days," and that CommScope will "act in all urgency" as Treadway uncovers items that need immediate attention.

Everything's on the table

Watts stressed that "there is nothing that's off the table" during Treadway's review process. "We expect this review to be comprehensive and we're not going to put any constraints on Chuck's thinking."

It's too early to know what will come of it, but the fate of CommScope's struggling set-top box business is likely to come under heavy scrutiny. CommScope's consumer premises equipment (CPE) business has been a source of debate ever since CommScope first made a play for Arris in late 2018.

Morgan Kirk, CommScope's chief technology officer, did drop some hints on some areas that will get focus.

With respect to broadband networks, for example, he highlighted an expanding portfolio of products that will support cable's new distributed access architecture and virtualization efforts and work centered on DOCSIS 4.0.

He also touted CommScope's opportunity with the multi-billion-dollar Rural Digital Opportunity Fund (RDOF), an FCC program geared toward funding the construction of broadband services in rural areas. Kirk stressed that RDOF projects, which will span both wireless and wireline access technologies, will drive demand across virtually all of CommScope's product line.

"We'll have a slice of that [and] it will be meaningful," Pease said of the RDOF opportunity. CommScope, he added, is investing in facilities to expand capacity in anticipation of RDOF-driven demand.

Broadband networks was a bright spot, as sales climbed 18.1%, to $820.9 million. That was driven in part by network capacity upgrades driven by a pandemic that continues to force more consumers to work and school from home. Of note, CommScope received over $50 million of orders associated with C-band conversion and reclamation, a benefit that should continue throughout 2021, Pease said.

CommScope's Home unit, which includes set-tops, gateways and other CPE, continued to decline, with Q3 revenues dropping 31.8%, to $563.6 million year-over-year, with slowness in North America being partially offset by growth in Europe and Central and Latin America. Broadband gateway sales remained solid, but video CPE continues to struggle amid a transition from traditional set-tops to streaming devices. Fitting that trend, the company is supplying Liberty Global with a new, 4K-capable "Mini TV Box" streamer.

The company's Outdoor Wireless business generated $271.8 million, down 18.7%, as metro cell deployments remained soft due to permitting challenges, though spending from T-Mobile is expected to stay on track for the rest of 2021. Its Venue and Campus unit (which includes Ruckus) brought in $511.8 million, down 2.4% year-on-year. Of note, 25% of all access point sales were for Wi-Fi 6.

CommScope is withholding financial guidance for what might up being multiple quarters as Treadway works through his review of the business.

Watts reasoned that Treadway's limited time with the company and his need to focus on the review alongside "significant economic uncertainty" was cause for that decision. CommScope, he added, expects to "reevaluate our policy" regarding financial guidance and expects to provide more detail on that sometime in 2021.

Simon Leopold, analyst with Raymond James, expressed in a research note today that a grace period of a few months, rather than the possibility of pause of three quarters, could be cause of concern and focus for investors.

"In general, we prefer more disclosure ... we look to guidance not so much for modeling purposes but to gain confidence in a management team's ability to know and run the business," Leopold added. "The longer strategic review may also reignite questions about divestitures and potential asset sales," Leopold added.