Big changes are underway at Sky. Comcast announced Wednesday that Dana Strong is succeeding Jeremy Darroch as CEO of Sky Group. Darroch, CEO of Sky since 2007, has been named executive chairman of the UK-based pay-TV/media company. He will stay in that role through 2021 and then serve as an advisor.

The shift up top arrives a little more than two years after Comcast acquired UK-based Sky for about $31 billion, and just weeks after it was announced that Gary Davey, CEO of Sky Studios, will retire by summer 2021. 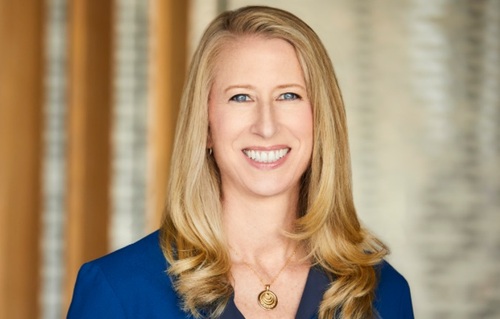 The move also comes as some industry analysts continue to question the value of Comcast's acquisition of Sky. Craig Moffett, analyst with MoffettNathanson, argued earlier this year that Comcast's cable business would serve as a "backstop" for Sky's and NBCUniversal's struggles during the pandemic.

Synergies in the making

Strong is also moving into the top spot at Sky as Comcast continues to seek out and execute on various product and technology synergies between its US and European operations. Among recent examples, Peacock, NBCU's new premium streaming service, is using tech developed for Sky's Now TV streaming service.

Last October, Comcast chairman and CEO Brian Roberts hinted that the company is working to unify the technologies and software architectures used by Sky and Comcast, noting that such work could result in a "global tech stack" that the company could offer internationally. As a possible tie-in to that, Comcast has also embarked on a mission to license and deploy its X1 technology on smart TVs on a global basis.

Among other synergistic moves, Fraser Stirling, the former SVP of digital home, devices and AI at Comcast, was named group chief product officer at Sky last year. To help align the product roadmaps of Comcast and Sky, Stirling also oversees customer premises equipment and software for both Comcast and Sky.

On the product front, Comcast has also begun to extend its "xFi" home Wi-Fi and smart home management platform and X1 voice navigation technology to certain Sky properties in Europe. Sky has also started to introduce broadband, a service that is now considered core to Comcast's relationship with US cable customers, in markets such as Italy.

Another major question going forward is who will take over Strong's key role at Comcast.

Who will succeed Strong?

A Comcast official said a successor to Strong has yet to be determined, but added that Dave Watson, president and CEO of Comcast Cable, "has an incredibly strong leadership team in place and will be managing her team in the interim."

Strong, an exec late of Virgin Media and Liberty Global and Australia's Austar who now reports to Roberts, joined Comcast in 2018 as president, consumer services. During her time in that role, Comcast has seen record broadband growth (617,000 adds in Q3 2020 alone) and introduced Flex, a streaming and smart home offering for the cable operator's broadband-only customers. Meanwhile, Comcast's pay-TV base has continued to decline as the operator continues to put more emphasis on higher-margin broadband service and focus on high-value video subs rather than chasing after others with steep discounts and promotions.

Back to the Sky transition, Darroch said in a statement that the decision to leave Sky "has not been easy. But with the business firmly settled into the wider Comcast Corporation and a strong plan in place, now is the right time."

"Jeremy has been a terrific colleague to me and everyone at Sky, but I respect his decision and I am pleased that he's agreed to stay on to help with the transition and advise the company," Roberts said.