WideOpenWest now bills itself as a "broadband first" company, and its Q2 financial results clearly reflect it.

WOW's broadband subscriber growth has been strong during a first half of the year marked by the pandemic, but the more significant trend underway is the growing number of new customers who sign up only for broadband or pair WOW's broadband service with a streaming video offering.

About 77% of new signups fell into that category (broadband-only or broadband+streaming) during Q2 2020, compared to 66% in the previous quarter and 57% in the year-ago quarter, Teresa Elder, WOW's CEO, said on Monday's earnings call.

"We believe the ongoing shift away from traditional video will continue to accelerate," Elder said. 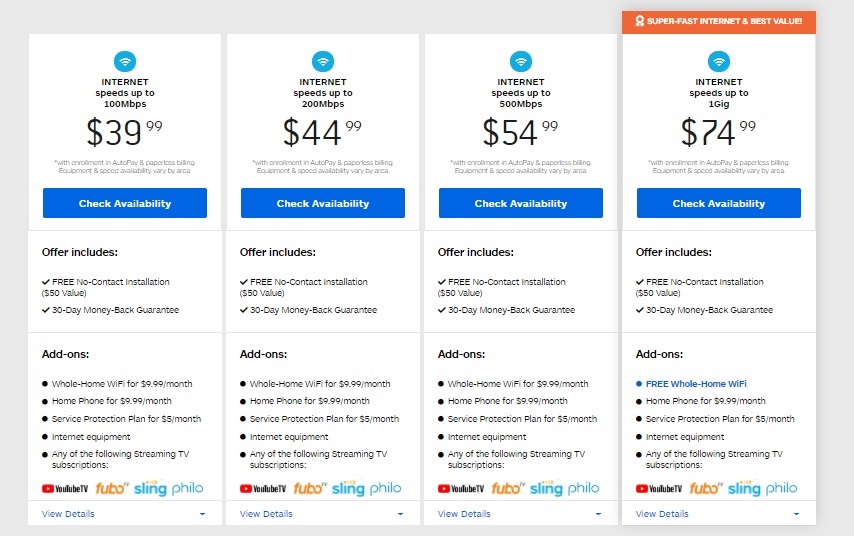 Reflecting its grander service strategy, WOW's bundles all lead with broadband and play up the company's reselling relationships with YouTube TV and other OTT-TV service providers.

Under WOW's new "transformational" philosophy, Elder said the plan is to migrate WOW's legacy video customers to broadband-only packages or to broadband/streaming combos. This focus on OTT options and WOW's own IP-delivered video service provides more choice and potential cost savings to customers while also driving efficiency on the operator's network, she explained.

"Customers are rapidly moving to streaming services or OTT offerings and we're well positioned to support and even encourage these moves as well," Elder said. "We are positioning our offerings as broadband first which is reflected in our sales strategy and the alignment of our sales compensation ... We believe these actions will continue to support and ultimately drive customer behavior toward our high-speed data offerings."

It's also becoming clear that, from a margin and overall costs perspective, WOW would prefer that more broadband customers go with a third-party OTT video service rather than one of WOW's own pay-TV offerings – its new IPTV service included.

The gross margins on broadband is "significantly higher" than WOW's pay-TV product, "but that's only part of the story," WOW CFO John Rego said. "The cost to operate the business for TV is substantially more expensive than it is to operate it for high-speed data or even phone for that matter. So we're at that pivot point now that is the broadband-centric strategy."

Part of a bigger trend
WOW isn't alone in deemphasizing its own pay-TV products. While a select group of small cable operators has exited the pay-TV business altogether, Cable One, another midsized US cable operator, has all but ignored pay-TV in favor of driving broadband penetration.

Among some larger service providers, Verizon has been promoting a partnership with YouTube TV more prominently than its own Fios TV service under its new broadband-led "Mix & Match" program. AT&T has halted the sale of its legacy U-verse IPTV product as it instead pushes AT&T TV, a relatively new contract-based OTT-delivered pay-TV offering that leans on Android TV devices. Comcast has stopped chasing unprofitable pay-TV subs with steep discounts and save offers, instead putting more focus on Xfinity Flex, a video streaming/smart home service that's being offered for free to broadband-only customers.

Q2 snapshot
Reflecting WOW's strategic focus, broadband growth led the way in Q2, as the operator added 8,000 new customers, versus a loss of 2,200 in the year-ago period. WOW ended the period with 805,600 broadband subs.

In Q2, nearly 40% of new broadband customers took speed tiers of 500 Mbit/s or 1-Gbit/s, Elder said. WOW, she added, is also seeing increased adoption of a premium whole-home Wi-Fi product (in partnership with Amazon-owned eero) that's bundled in with WOW's 1-Gig product or sold for an additional $9.99 per month on its other broadband tiers.

In Q2, revenues dropped 2.7% to $282 million due in part to lower ad revenues and the reduction in video and phone subscribers. Residential service revenues dipped 1.6%, to $228.4 million, while business services subscription revenues rose 3.5%, to $35.5 million.