Although pay-TV remains a sore spot for Comcast, the cable op will press on with its strategy of not chasing unprofitable customers with deep discounts. 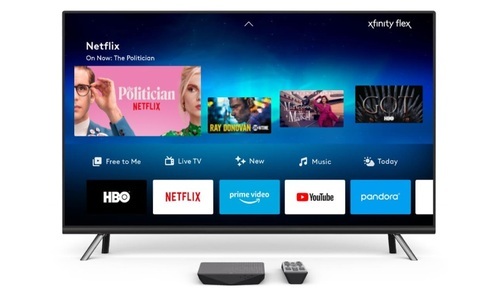 Flex, offered for free to broadband-only customers, will be a 'key initiative' for Comcast in 2020, Comcast CFO Mike Cavanagh said.

Instead, it will continue to use its X1 platform to serve the portion of the market that wants a premium pay-TV service and drive growth of its high-margin broadband service using Flex, a new streaming and smart-home offering tailored for broadband-only customers.

"With Flex, we'll be able to better serve the customer segment that prefers to stream over-the-top, and we're prioritizing Flex as a key initiative in 2020," Mike Cavanagh, Comcast's senior EVP and CFO, said on Thursday's earnings call.

Comcast didn't elaborate on how Flex will be prioritized this year. After launching Flex last March for an additional $5 per month, Comcast began to offer Flex for free to broadband-only customers in September. Comcast hasn't disclosed how many broadband subs are now on Flex.

Broadband drives Q4 cable sub growth
Growing Comcast's broadband base is the "main consideration" for Flex, said Dave Watson, Comcast Cable's president and CEO. He noted that the platform will also open up opportunities for advanced advertising. "It's a great long-term platform for us," he said.

Comcast didn't offer broadband subscriber guidance for 2020, but Watson said he believes the current rate of growth is "very sustainable." He added that building customer relationships, led by broadband, is Comcast's "top priority."

Watson attributed the rise in Xfinity Mobile lines in part to "real traction at retail" and a general maturity of the product. Cavanagh said Comcast expects that subscriber momentum to continue in 2020.

Meanwhile, the financials of Xfinity Mobile, based on an MVNO deal with Verizon Wireless, are improving. Q4 EBIDTA losses for Xfinity Mobile were $116 million, a 40% improvement over Q4 2018. Cavanagh said Xfinity Mobile is on track to be EBIDTA-positive for the full year in 2021.

Update: Comcast will need to grow its mobile base to 3 million subs to reach the break-even point, estimated Walter Piecyk, analyst with Lightshed Partners, in a blog post (registration required). He also believes that 45% of Comcast's net mobile adds are coming from Verizon and 25% from AT&T based on testimony made during the Sprint/T-Mobile trial.

Comcast also remained tight-lipped about whether it will bid for spectrum as it comes up for auction or pursue any new MVNO deals that might help to further improve the economics of Xfinity Mobile. Of recent note, AT&T said it is open to MVNO talks with cable operators.

Comcast will be "opportunistic on any spectrum opportunity," Watson said. He noted that the current MVNO setup is "accomplishing what it needs to  We're always thinking about ways of improving an already good platform and approach to the [mobile] business."

Comcast also provided some updates on its UK-based Sky unit, acquired in the fall of 2018.

On the video side, Sky intends to ramp up the penetration of SkyQ, its platform that integrates its linear TV service with OTT apps and has been shown to reduce churn and drive higher ARPU. SkyQ was 42% penetrated at the end of 2019, up from 29% in 2018. The intention is to drive SkyQ to X1-like penetration levels. Comcast didn't put forth a specific target, but the penetration of Comcast's X1 platform exceeds 60% of its residential pay-TV base. 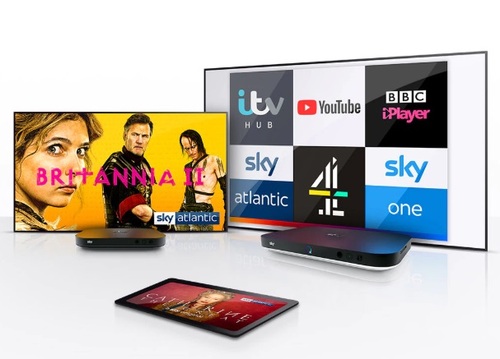 Sky plans to accelerate the deployment of SkyQ, its high-end pay-TV platform, in 2020.

"Sky has been a great addition to Comcast and positions us to better compete in a world where global scale matters," said Brian Roberts, Comcast's chairman and CEO.

Video:
Comcast's video base is now shrinking at 3.3% a year, an acceleration of the 2.8% rate from the previous quarter, but still far better than the ~6% rate for the larger US pay-TV industry.

Broadband:
Sub growth is strong, but residential ARPU grew by 3.5% YoY, below the 4.2% growth rate last quarter. "Voluntary up-tiering continues, and mix continues to shift towards standalone broadband, meaning Comcast is giving fewer bundled discounts, both of which continue to boost broadband ARPU even in the absence of price increases," Moffett wrote.

Biz Services:
As this part of the business scales up, the rate of growth is slowing – growth is now 8.8% YoY, vs. 9.3% YoY reported last quarter. But Biz services is now 13.5% of cable revenue, the highest % ever, Moffett points out.

Mobile:
Moffett doesn't share Comcast's optimism, noting that the VZ MVNO deal "doesn't leave room for the business to ever be profitable on its own." He wonders if a new deal with an AT&T or T-Mobile could help here.

NBCU:
Even as it pivots to the Peacock streaming service, NBCU's cable network and broadcast businesses "will inevitably shrink," Moffett writes. "How NBCU will make the transition to an advertising-supported direct-to-consumer model, and how the assets that they don't take to DTC will weather the erosion of the status quo, remain huge unanswered questions."

Sky:
Sky added 77,000 customers relationships in Q4, but Moffett says the "most vexing question" is how Sky fits into Comcast's portfolio. "It's not enough to say it is a pretty good business – albeit one facing secular headwinds – a continent away. There has to be a strategic logic," Moffett explained, adding that the plan to launch a NBC/Sky News venture "could be one such opportunity."