If you want to take a gander at what the HFC network of the future might look like, consider paying a visit to Stofa in Denmark.

There, Stofa has been teaming with Arris Group Inc. (Nasdaq: ARRS) on what's being billed as one of the world's largest Distributed Access Architecture (DAA) deployments, marked, in this instance, by hundreds of remote PHY nodes working in tandem with the vendor's flagship E6000 Converged Cable Access Platform (CCAP). In addition to the capacity benefits delivered by digital optics, DAA also aims to reduce headend space and power requirements and help to pave the path toward a virtualized HFC network. 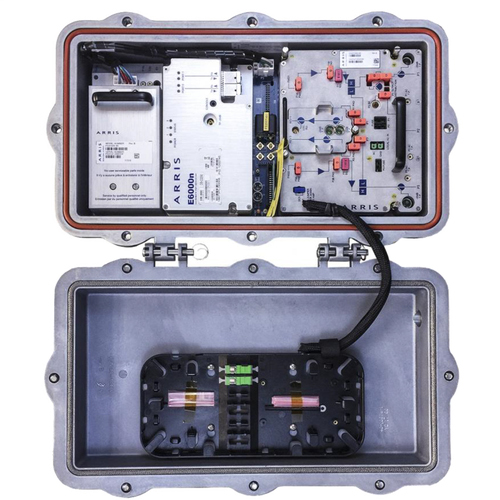 For its DAA deployment, Stofa has deployed hundreds of these Arris remote PHY nodes working in tandem with the vendor's flagship CCAP chassis, the E6000.

Granted, there's not a lot of DAA being deployed or tested at scale at this early stage, but the Stofa buildout is one of the biggest the world can point to as other cable operators begin to formulate their next-gen HFC network strategies. (See Cable DAA Debuts Worldwide.)

The deployment covers Stofa's footprint in Aarhus, and is being completed about 20 months after Arris and Stofa announced the original agreement. (See Arris Wins Remote PHY Deal With Stofa and Stofa, Arris Wrap Remote PHY Deployment .)

Stofa, like some other MSOs in Europe, is also in good position to pivot to remote PHY and DAA because they already have fiber installed fairly deeply into the network and connected to buildings and multiple dwelling units.

"About half of their footprint already has fiber pulled, which enables them to make this jump without a lot of difficulty," Dan Whalen, president of Arris's Network & Cloud unit, said, noting that Stofa can drop in nodes into existing racks and cabinets that are already connected to fiber. "For them, it's an easy decision to future-proof. They won't have to retouch these nodes in the futureThey'll have a digital connection out there to an MDU or a business."

As a point of comparison, some operators that are migrating to DAA, such as Comcast Corp. (Nasdaq: CMCSA, CMCSK), will have a bit more construction to deal with as they pull fiber deeper into their HFC networks. (See Comcast Eyes 'Scale Deployments' of Remote PHY in 2018.)

Back to Stofa, its DAA deployment supports multiple services on the fibers it has connected to its new remote PHY nodes, including video and a new DOCSIS 3.1-based gigabit broadband service.

Early days for DAA
Again, the size and scope of Stofa's DAA deployment is the exception rather than the rule today. Whalen said Arris has more than 20 DAA trials underway, but that he doesn't expect more than 10% of the spend on HFC architectures to focus on DAA in the next couple of years.

"We're still in the very early stages," he said.

According to S&P Global forecasts, about $233 million in DAA-related revenues (between virtual CMTS and remote PHY devices and remote MACPHY devices) are expected to pour in this year, grow to $424 million in 2020, and balloon past $1.68 billion in 2023.

However, Whalen does expect to see cable operators take advantage of this new, distributed architecture in new-build situations, and to use these initial use cases to test the interoperability between remote PHY nodes from multiple suppliers with their CCAP cores, or or to investigate whether 1-Gig broadband services can be delivered over longer distances (80 to 100 kilometers) using an HFC network outfitted with remote PHY. Others see remote PHY as a requirement for future, 10-Gig symmetrical services delivered on HFC. (See CES 2019: Cable's 10G Tech 'Will Work' and NCTA Trademarks '10G' .)

Whalen said remote PHY/DAA is also gaining traction with hybrid MSOs and telcos that operate multiple types of networks -- HFC, PON and even LTE -- and are anxious to tap into a common digital optics platform that allows for orchestration across those various network types. 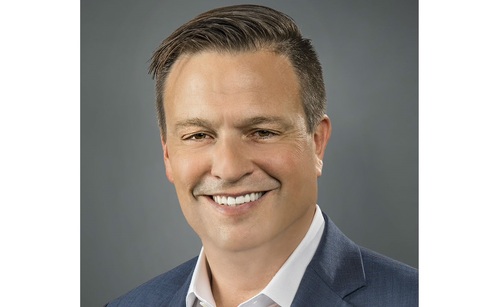 Whalen says MSOs are exploring a range of use cases and attempting to interoperate nodes from multiple suppliers during these early days of DAA.

"The ability to manage across [those networks] through an Ethernet switch is going to be very important to their sustainable, affordable operations in the future," Whalen said.