With those launches, WOW has now deployed the new IPTV service to six total markets (Columbus and Cleveland, Ohio, and mid-Michigan are the other three). WOW has yet to say when it expects to bring WOW! tv+ to its remaining service footprint, which includes multiple cities in Alabama, Florida and Georgia, as well as Charleston, South Carolina, and Knoxville, Tennessee. 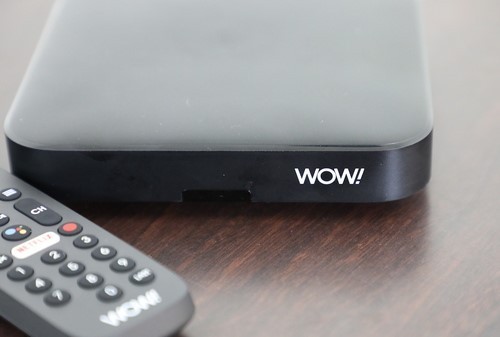 WOW! tv+ is a relatively new contract-based IPTV service that runs on Android TV boxes and features traditionally sized pay-TV packages, a big VoD library, a cloud DVR, voice search and navigation via Google Assistant and integrations with streaming apps, including Disney+ and Netflix, through the Google Play Store.

The expansion by WOW helps to solidify the momentum Android TV is seeing with cable operators and telcos, including AT&T, that are upgrading to next-gen video platforms.

However, WOW is not promoting the new IP-based WOW! tv+ service, or its legacy "Ultra TV" pay-TV product, very aggressively, requiring customers to proactively seek out those options. Instead, WOW has been promoting a "Streaming TV" option for broadband customers that ties in WOW's partnerships with four OTT-TV service providers  YouTube TV, fuboTV, Philo and Dish Network-owned Sling TV.

Last month, WOW said it altered its online marketing to better fit its core focus on broadband service, noting that "most" of its new customers are signing up only for broadband.

"As more and more cable customers choose to cut-the-cord and demand more flexible options for where, when and how they consume news and entertainment, WOW! has shifted to meet those demands," the company said then. "Our strategic focus is on our broadband business and we have updated wowway.com to better serve consumers as they increasingly choose streaming services over traditional video."

That strategy lines up with recent subscriber trends that have seen WOW and other cable operators shed pay-TV subs while gaining broadband subs. In Q1 2020, WOW lost 8,000 video subs, ending the period with 365,800, and tacked on 16,100 broadband customers, extending that total to 797,600.