Comcast's Xfinity Mobile service is poised to add a record number of lines in the fourth quarter of 2021, beating the record 285,000 lines it added in Q3 2021, Dave Watson, president and CEO of Comcast's cable unit, announced Tuesday at the UBS Global TMT Virtual Conference. 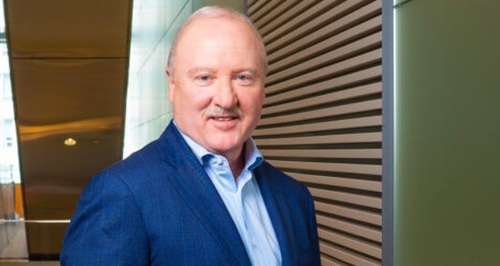 Mobile is "one of the largest addressable market opportunities that we have," says Dave Watson, president and CEO of Comcast Cable.
(Image source: Comcast)

Watson didn't elaborate on an expected figure, but the Q4 adds will of course expand the base of 3.66 million mobile lines that Comcast had at the end of Q3 2021. He did talk a bit about Comcast's broader mobile opportunity, hopeful that subscriber totals will continue to climb as more of its fixed broadband base opts to bundle in Xfinity Mobile.

"Our view is that all 32 million broadband customers should get two [mobile] lines," Watson said. That, of course, implies a potential goal of 64 million, and possibly more as Comcast continues to expand its cable network footprint (Comcast has added about 870,000 homes passed in the past year or so).

"It's one of the largest addressable market opportunities that we have," Watson said of mobile, noting that it's now a core part of Comcast's playbook. "Wireless, I think, is a great opportunity to not only fuel broadband, but in and of itself is a growth engine."

Comcast has grown its mobile base without employing heavy subsidies and deep discounts, instead focusing on its by-the-Gig option and a relatively new set of unlimited plans.

Don't expect any big changes there. Subsidies and device giveaways are "not our game plan," Watson stressed.

Comcast has hinted at new products and packaging for mobile and wireless. Watson didn't go into great detail there, but did announce that Comcast intends to introduce a new "tri-band" gateway in early 2022 that will include Wi-Fi 6E, an enhancement to Wi-Fi 6 that adds support for the 6GHz spectrum band. Recent field tests conducted by CableLabs, Intel and the Wireless Broadband Alliance showed that Wi-Fi 6E delivered speeds in excess of 1 Gbit/s in certain scenarios.

"We consider Wi-Fi to be part of our network. We built it that way," Watson said, noting that the coming Wi-Fi 6E gateways will put Comcast in position to support symmetrical 1-Gig services.

No rush on CBRS

Watson reiterated Comcast's stance that the cable operator is in no rush to deploy its licensed CBRS spectrum or its 600MHz spectrum holdings, given its solid technology and economic position with the Verizon MVNO deal. Instead, the operator will be opportunistic about how and when to deploy that spectrum in dense, high-use areas, even opening up the potential for partnerships with other wireless/mobile carriers.

That said, Comcast is conducting CBRS technical trials in its hometown of Philadelphia and is staying in close contact with Charter Communications as Charter pushes ahead with its own CBRS deployment plans.

CBRS "could be another option down the road," Watson said. "It's not something we have to do ... We'll be in position to know a lot more next year as we complete the testing."

Update: But Wall Street's view of Comcast has been much more centered on broadband subscriber growth.

Watson said the second half of 2021 has been different than the first as the company saw a "real shift in terms of move patterns" and a change in momentum in the lower-income part of the market that altered overall connect activity.

"The key for us is to be in position when things begin to normalize on the connect side," Watson said, calling 2021 "still a solid overall year."

As for broadband competition, Watson said Comcast is well positioned against both fiber-to-the-premises (FTTP) overbuilds and a new, expanding crop of fixed wireless access (FWA) services.

It's nothing new, he said, noting that Comcast has nearly tripled its broadband subscriber base since 2005, when Verizon Fios came on the scene. And Comcast has added about 6 million broadband subs in the last four years alone, while the telcos have added "next to nothing" in that span, Watson said.

Regarding FWA competition, he said Comcast takes it "seriously," but acknowledged that it's "not a material issue still, from our perspective."