This week in our WiCipedia roundup: A guide to podcasts by and for women; college women in STEM experience gender exclusion; harassment in tech is the norm in Oz/NZ; and more.

Interested in joining Women in Comms on our mission to champion change, empower women and redress the gender imbalance in the comms industry? Visit WiC online and get in touch to learn more about how you can become a member!
Podcasting Is the New Black 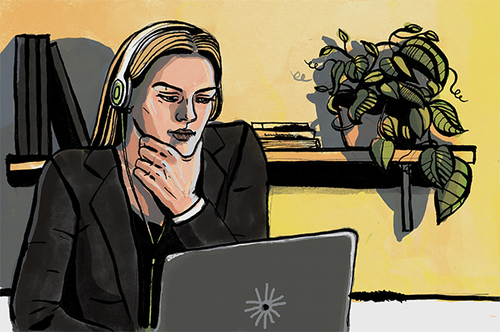 ErynLeavens 8/14/2017 | 1:10:07 PM
Re: The Invisible Workload for Women Agreed about the LearnVest article, Kelsey. Definitely something that we've just culturally accepted and don't think about much because it's just so commonplace for women to have more home responsibilities. Reminds me of that story (no idea where it's from) about a mom who gets horribly sick and keeps taking care of everything at home and work, and a dad who gets a slight cold and takes to bed for a week and needs to be waited on hand and foot. Different cultural expectations, and really messed up.
Reply | Post Message | MESSAGES LIST | START A BOARD

Kelsey Ziser 8/11/2017 | 5:32:35 PM
The Invisible Workload for Women Thanks for the podcast suggestions, the finance ones sound interesting!

Also good point on women bullying women -- that's a big frustration of mine and something I've spent a lot of time wondering about. Where does that desire to undercut other women come from? How can we knock it off? Another woman's success should be celebrated, not seen as a threat to one's own success.

LearnVest stats are interesting but not too surprising. I read this article on Time the other day on The Invisible Workload that Drags Women Down. One woman explains how she's the primary "worrier, organizer, rememberer and attention-payer" and notices when they're low on coffee, toothpaste, snacks, worries that their child meets developmental milestones, remembers to send relatives birthday cards, etc. So it's not just doing the bulk of the work at home but also being the chief "rememberer." Takes a mental toll, too.
Reply | Post Message | MESSAGES LIST | START A BOARD
EDUCATIONAL RESOURCES
sponsor supplied content
Understanding 5G: A Practical Guide to Deploying and Operating 5G Networks
Testing 5G: Tools and Techniques for Successful Implementation, Maintenance and Monetization
Heavy Readings Accelerating Open RAN Platforms Operator Survey
How to Use A Digital Twin of the Hybrid Network Infrastructure
Transformation and 5G O-RAN
Whats in the future of 5G millimeter wave?
How to build high-performance 5G networks with vRAN?
How critical are localization and perception technologies for enhanced autonomous driving
Educational Resources Archive
More Blogs from WiCipedia
WiCipedia: 'Blind' hiring may offer solutions for women in tech