Feger most recently served as vice president of network virtualization for CenturyLink Inc. (NYSE: CTL) after earlier driving the network strategy behind the telecom operator's initial software-defined networking and network functions virtualization efforts. Those early efforts created the Programmable Services Backbone, on which CenturyLink has continued to build. Feger served briefly as interim CTO prior to the hiring of Aamir Hussain. (See NFV-SDN Spurs CenturyLink Integration) 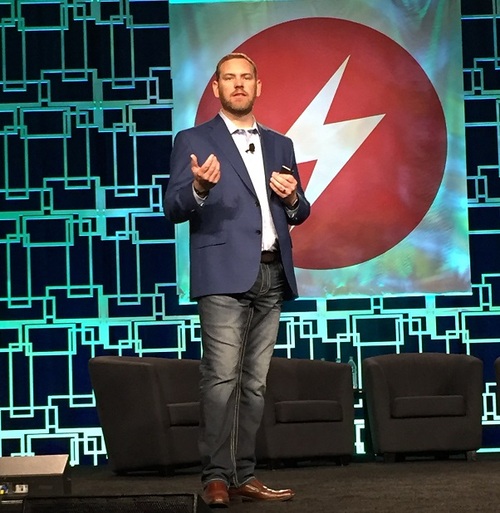 Another CenturyLink veteran, Anil Simlot, vice president of Virtual Services Development & Support, will take on responsibility for the organization Feger was leading. Simlot came up through the data networking organization, starting with Qwest Communications, which CenturyLink acquired. He served as director of data networking and development until last December, when he was elevated to vice president.

Feger isn't yet talking publicly about his reasons for leaving only a year after he returned to head the virtualization strategy, following two years spent in operations and infrastructure leadership. In a prepared statement, he pointed to the opportunities he saw with F5 Networks Inc. (Nasdaq: FFIV).

"Whether rolling out 5G, connecting IoT, or delivering infrastructure services, F5's solutions are uniquely suited to meet the requirements of today's service providers," Feger said. "I joined F5 because I see a tremendous opportunity to further accelerate the service provider business through even greater strategic clarity and focus, and I'm thrilled to be here."

F5 offers a wide range of security options, many of them focused on protecting applications, with a full suite of deployment strategies from hardware to virtual, cloud-based and as-a-service options.

I'd think of F5 more as an application delivery company with some security products in its portfolio and potential to grow a lot more in the security space.

CenturyLink has made great strides as an MSSP in recent years, including being at the forefront of  leveraging NFV to drive both lower costs and greater efficacy in security.

I'll be most interested to see whether Feger can shape F5's portfolio and services strategy for the telco MSSP market now. It's a really interesting opportunity.
Reply | Post Message | MESSAGES LIST | START A BOARD