An important figure likely to be overlooked in BT's latest results is that only about a quarter of homes covered by its shiny and expensive new full-fiber network have bought a service.

It's vital because sources at Nokia, arguably BT's most important full-fiber supplier, reckon average payback on a full-fiber deployment takes between 12 and 14 years if this take-up rate is about 30%  not such an issue for investment funds with a long-term outlook but potentially off-putting to a dividend-paying telco.

If take-up is projected to be much less than 30%, Nokia's typical advice is not to bother. You'll just lose money.

The good news in BT's case is that it's still early days. Openreach, its networks division, has now passed nearly 8 million premises and is aiming to reach 25 million by 2026.

Including wholesale, the exact full-fiber adoption rate has also ticked up, rising from 24.6% for the end-of-March quarter to 26% now. But the UK is suddenly groaning with companies building full-fiber networks, and BT has a lot to lose as broadband households upgrade.

Ignoring what BT calls "non-fiber" lines, its overall broadband take-up rate is about 63%. Even if new rivals saw only modest success, this figure would probably fall as customers opt for alternatives. 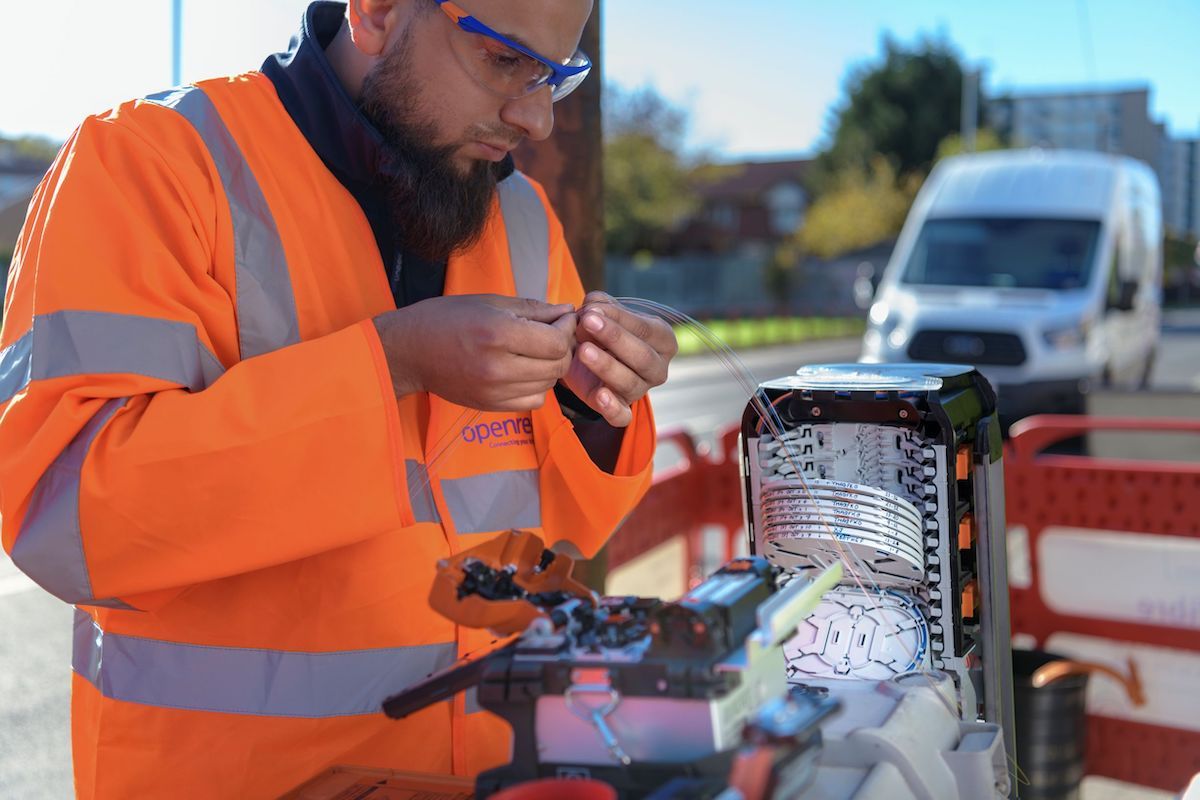 For Philip Jansen, BT's CEO, the assumption has always been that BT will suffer some losses over a ten-to-15-year-period of fiber rollout, he told analysts on the company's latest earnings call today.

But he was full of confident and combative rhetoric when assessing the threat posed by "altnets" (alternative networks).

"On overbuild, there is lots of building going on but not much connecting," he said.

"Everyone is realizing there will be a lot of trouble for some of the altnets. If you add up everyone's ambition, their stated aims, the amount of money being raised, it is clear a lot of people won't make it."

Falling take-up would hurt Openreach and probably BT Consumer, the UK incumbent's most successful units for the recent end-of-June quarter (the first of BT's 2023 fiscal year). With each reporting a 5% year-on-year uptick in sales, thanks largely to price rises, their combined revenues hit £3.7 billion ($4.5 billion).

But BT's headline sales grew just 1%, to about £5.1 billion ($6.2 billion), because other units  and especially the one that serves the public sector and businesses in the UK  are shrinking.

Like many of its peers, BT has been trying to compensate by slashing costs.

Headcount has dropped from nearly 107,000 in 2018 to less than 98,400. Real estate has been sold. Ageing platforms and technologies are being scrapped.

The combined effect was to boost adjusted earnings (before interest, tax, depreciation and amortization) by 2% for the recent quarter, to £1.9 billion ($2.3 billion).

Unfortunately, depreciation charges and capital expenditure (discounting what BT spent last year on spectrum licenses) have been rising as BT pumps money into full-fiber rollout as well as the construction of a new 5G mobile network.

Based on BT's market capitalization earlier this week, this figure is about £2.2 billion ($2.7 billion) more than the company is worth and roughly 2.4 times what it expects to generate in adjusted earnings this year.

Investors, understandably, are not happy and BT's share price was trading down more than 8% at one point this morning. It has dropped 43% in the last five years and is 22% lower than it was in February 2019 when Philip Jansen replaced Gavin Patterson as BT's CEO.

Among other concerns for shareholders is the impact that a looming summer strike by the operator's unionized workers could have on business performance.

Upset pay demands have not been met, about 40,000 employees will down phones and cable-fixing equipment on July 29 and August 1.

In a country where millions of people work online at home, management must pray there are no major technical issues on those days. CityFibre, BT's largest full-fiber rival, may secretly pray there are.

These are gloomy days for the telecom world in general. Inflation is obviously rising and STL, an Indian firm that supplies fiber-optic cables to BT, says the cost of the equipment it ships to the UK is already up by 20% to 25%, partly because some of the raw materials are derived from natural gas and crude oil production.

Earlier this week, Vodafone warned investors it is facing an additional 300 million ($304 million) in energy costs this fiscal year.

For all BT's efficiency zeal, new savings may be harder to find. Under Patterson, the plan was to cut 13,000 jobs in back-office departments and mid-level management, but the net reduction since 2018 is fewer than 8,400. Unions will stubbornly resist further attempts to prune headcount, as unions do.

Determined to become more of a software company, BT this month said it would hire 2,800 employees for its "digital" unit by 2024, a move that could land BT with an even larger workforce.

Already, it generates less in annual revenues per employee than any of Europe's big telco incumbents. And no telco has made a sales success of software.

BT remains a profitable company and one even more critical to the UK economy than it was just a few years ago.

It continues to lead on full-fiber deployment, and it also runs the UK's best 5G mobile network  one that now covers about 55% of the population.

But the emergence of rivals could make it less important in future, eroding sales in the markets that BT now dominates. For all the chatter about digitalization, possible enterprise-sector opportunities and 5G, Jansen's main job will be to minimize the broadband damage.