Qatar's Ooredoo Group is said to have made progress with plans to sell its operating business in Myanmar, according to unidentified sources cited by Reuters.

Reuters reported in July that Ooredoo had informed the country's Posts and Telecommunications Department of its intention to up sticks and was in talks with Myanmar and Singapore-based suitors.

Sources are now telling the news agency that the Qatari operator plans to sell its unit to Singapore-headquartered technology firm The One Matrix Ventures (TOMV). 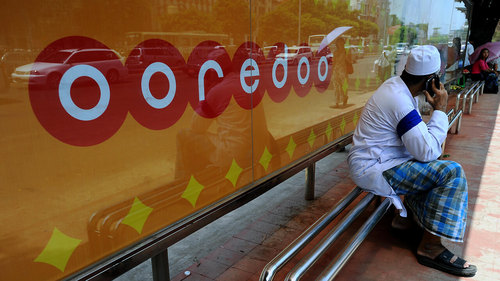 Sources tell Reuters that the Qatar-based group is in talks with Singapore-based The One Matrix Ventures (TOMV).
(Source: Sueddeutsche Zeitung Photo/Alamy Stock Photo)

TOMV describes itself as a "newly formed digital infrastructure, fintech and renewable energy investment company" with a "strong focus on the telecommunications sector."

Its founder and managing director is Myo Myint Ohn, who is also listed on LinkedIn as chairman of Campana Group, a Singapore-headquartered network infrastructure operator that has previously been cited as an interested party in Ooredoo's Myanmar operation.

Sources told Reuters that TOMV is in talks with several potential partners in Myanmar to join the deal to help secure regulatory approval. TOMV executive director Alan Sinfield told Reuters he was not in a position to comment.

Ooredoo is the last majority foreign-owned telecoms company in Myanmar since a rush to exit the country after last year's military coup. Norway's Telenor finally completed the sale of its business in Myanmar to Lebanon-based M1 Group in March after a protracted and difficult process.

The Norwegian operator came under considerable scrutiny over the sale, a major concern being that the handover could put the data of 18 million people in the hands of the military junta, which has been in charge since February 2021.

Sigve Brekke, president and CEO of Telenor Group, said at the time that the operator had to leave Myanmar "to be able to adhere to our own values on human rights and responsible business, and because local laws in Myanmar conflict with European laws."

Other telcos in the country are state-backed MPT, with Japan's KDDI and Sumitomo Corporation as investors, and Mytel, a venture between Myanmar's army and Viettel, owned by Vietnam's defense ministry.