Remember Huawei's emphatic denials that it's absolutely not going to make cars?

It's true. Huawei is not making cars  it's selling them.

It began taking orders in April for the Seres SF5, an electric vehicle made by a little-known motorcycle and component manufacturer, Chongqing Jinkang, from China's southwest. 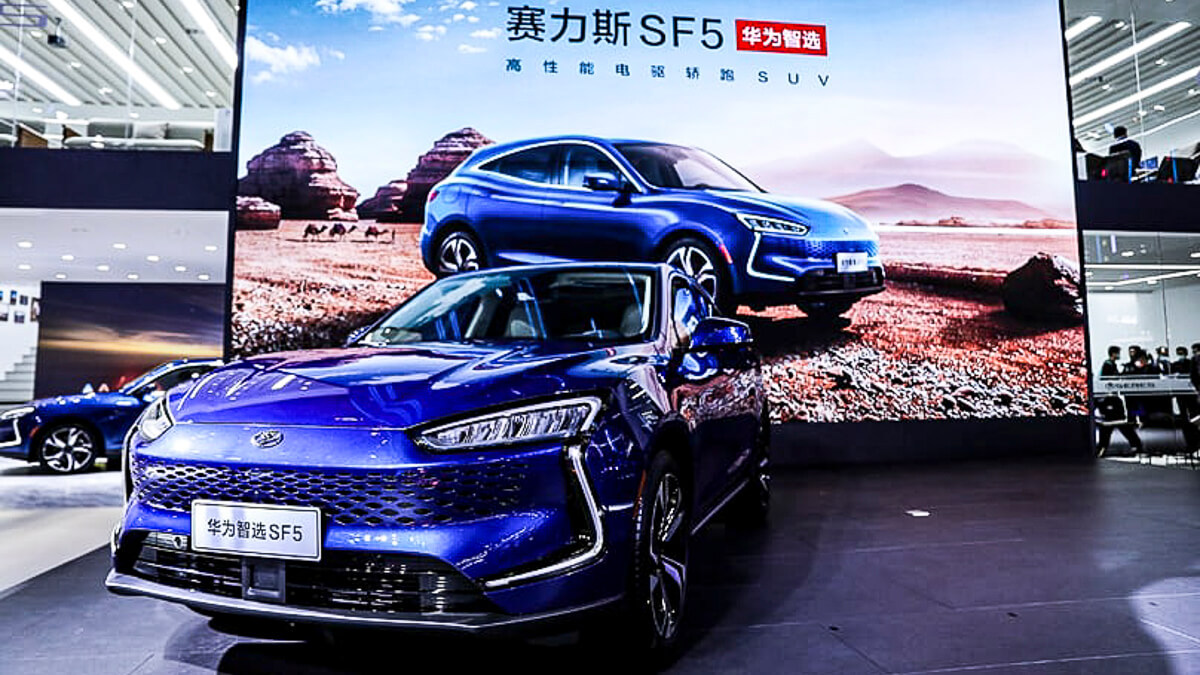 In a demonstration of the power of the Huawei brand, it received 3,000 orders in the first two days  more than last year's entire sales tally.

Neither company has issued any definitive sales figures, although one media report claims 10,000 have been sold in the first month, while another said 6,000 shipped in the first two weeks.

Tesla sales have dropped sharply in recent months following a number of safety mishaps. It has also begun setting up local data centers to store user data after the PLA expressed security concerns.

The high-profile issues are helping drive customers to Huawei stores, according to a store clerk at Huawei's flagship retail outlet on Shanghai's Nanjing East Road.

A reporter who visited the Huawei store observed a steady stream of traffic  in just half an hour 20 visitors inquired about the Seres or booked a test drive.

Currently Huawei is selling a 4WD drive Seres, with a 2WD drive version on its way.

The SF5 comes with a Huawei-built electric drive system, with a range of 180 km on pure electric. It also has Huawei's HiCar solution that allows users to switch between their mobile phone applications and the vehicle control panel.

The shift to smart car sales is one of a number of moves Huawei has made as it faces the loss of its handset business under the weight of US sanctions.

Its high-tech brand and retail store network, as well as the need to promote its own auto solutions, make it a strong channel partner.

Announcing the deal on April 19, Huawei consumer unit CEO Richard Yu hinted that the company might sell other smart car brands as well.

"In the future, we will not only provide leading smart car solutions to help partners build better intelligent vehicles, but also help them sell those vehicles through our retail network across China," he said.