Even pre-coup, Myanmar made telcos spy on citizens

In the months leading up to the country's February 1 coup, ex-military officials in Myanmar's communications ministry ordered telecoms and Internet providers to install intercept spyware to permit the army to spy on citizens, Reuters reported on Wednesday.

The spyware allowed the army to eavesdrop directly on calls, read text messages, emails and other web traffic, and track users' locations.

The orders came from officials in the government's Ministry of Transport and Communications who were former members of the military. 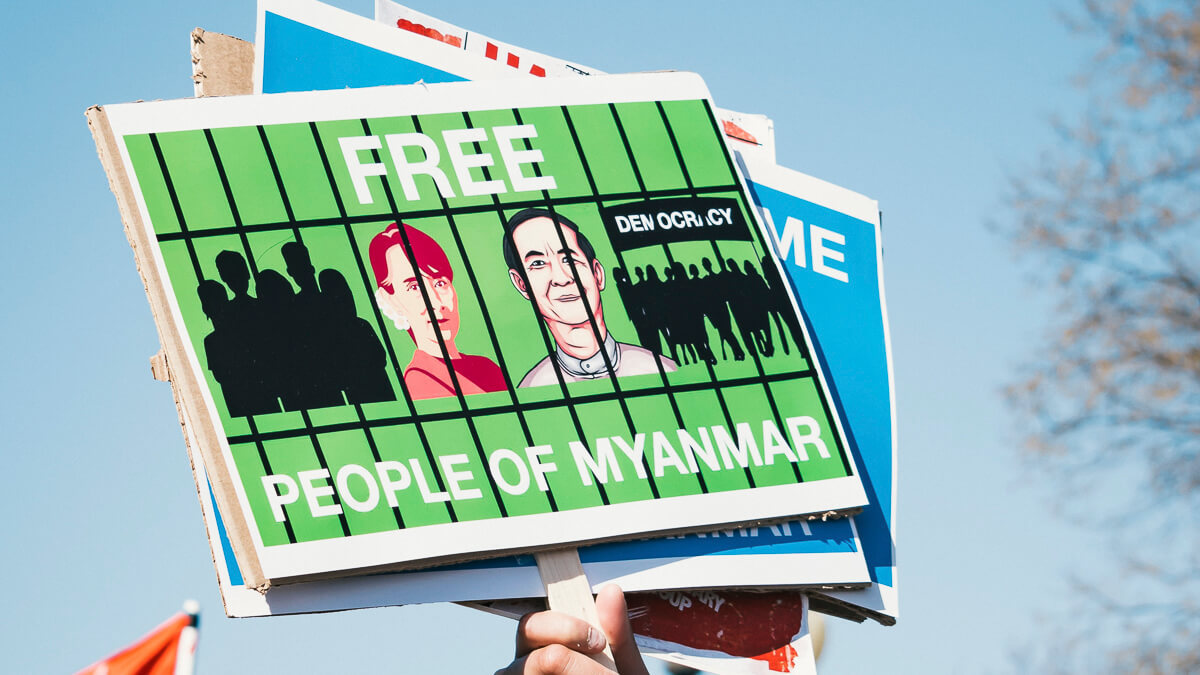 Deep state: A Reuters report alleges the Myanmar military was spying on phone communications even before the latest coup.
(Source: Gayatri Malhotra on Unsplash)

Officials from the Ministry of Home Affairs, which was at that point controlled by the military, also sat in during the meetings with telecoms providers.

The providers were told they could not refuse to cooperate.

The opposition group Justice for Myanmar, which describes itself as a covert group of activists, has disclosed budget documents from 2019 and 2020 revealing a planned $4 million purchase of intercept spyware technology.

The tech was purchased, along with other sophisticated products for data extraction and phone hacking, during the previous government of Aung San Suu Kyi.

It is not clear whether only ex-military officials were involved in the purchasing decision, or if civilian officials in Suu Kyi's government were aware of the spyware procurement decisions as well.

The intercept products mentioned in the budget documents allow bulk collection of metadata  who users call, and the time and length of calls  together with targeted interception of content, according to Amnesty International's Security Lab.

Norway's Telnor, which operates in the country, said in December it was concerned about the government's plans for a "lawful intercept" arrangement with telecoms companies.

The arrangement, which officials first proposed in late 2019 but pushed with increasing pressure in late 2020, allows the country's government to "directly access each operator and ISP's systems without case-by-case approval."

The country did not have adequate laws in place to protect individuals' rights to privacy and freedom of expression, Telnor said.

Other telecoms firms include MPT, a large state-backed operator, and Mytel, a joint venture between the country's army and Vietnam's defense ministry-owned Viettel.

Both companies are now under the control of the military government.

I'll be watching you

Internet connections represented one of the army's foremost targets on the day of the coup.

Among its first actions on February 1 was having armed soldiers break into data centers at midnight and sever Internet cables.

The country's Internet connections reappeared within a few hours, but then began shutting down nightly.

The junta shortly after blocked Facebook and news sites, followed by mobile data in March when opposition activity grew.

A new law proposed on February 10 said telecoms and Internet providers would need to keep user data for up to three years, and agree to remove or block content the government decided threatened "unity, stabilisation, and peace," or their employees could face jail terms.

More are scheduled to be deployed in Mandalay and Yangon, the country's two largest cities. Human Rights Watch has called for Huawei to stop supplying the technology.

When Washington and its allies succeeded in cutting ties with Huawei, it turned out there were other customers waiting. But those shopping lists included things beyond smartphones and 5G infrastructure.

Then in April, the military government started rolling back somewhat, ordering telecom operators to unblock apps of local banks, followed by Microsoft Office and Gmail.

Yangon but not forgotten

Suu Kyi took power in 2016, under the title of State Counsellor (the country's 2008 constitution barred her from the presidency).

The former exiled opposition leader, though, lost international support during her five years in office, amid criticisms she was permitting the country's military to dominate decision-making  particularly during the 2016-2017 persecution of the country's Rohingya Muslim minority.

Ultimately, the military arrested and deposed her from office anyway on February 1, after declaring the November 2020 general elections invalid.

She remains under arrest and out of the public eye.

Initially, on February 3, she was charged with illegally importing more than ten walkie-talkie devices. To this the military afterward added other offenses, including violating the Official Secrets Act and the country's Natural Disaster Management law.

But the military's moves against telcos follow, perversely, a thriving success story in the last decade.

And seeking to implement a Great Firewall, just Myanmar style.