Does Huawei have a future?

Huawei's survival is now an open topic of discussion.

In the latest blow to the Chinese vendor, the Department of Commerce last week further tightened the clamps on chip licensing  effectively ensuring no company can use US equipment or software to supply Huawei.

It also ended the rollover of temporary licenses for other suppliers. 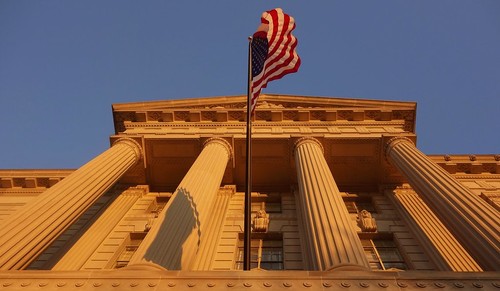 Tightened restrictions imposed by the US Department of Commerce cast a dark shadow on Huawei's potential survival.
(Source: John Sonderman on Flickr)

The rulings threaten to drive Huawei out of business. Virtually all of its operations  handsets, networks, cloud and enterprise  rely on US-sourced components or other technology.

Dim prospects
Huawei has been stockpiling components since well before the first sanctions dropped in May 2019 and has continued building inventory since then.

According to some estimates, it may have some six months' supply left.

Huawei isn't saying, unsurprisingly, and it doesn't engage in any public discussion about its plight.

The usually jingoistic Chinese media also has little to say because the issue embarrasses the government, whose mission is to make China great again, and also because it has decided not to provoke the US ahead of the election.

It is striking to see how rapidly Huawei's threat profile has evolved in recent years. For a long time it was a network security threat that supposedly created "backdoors" for China hackers  a claim that has never been sustained.

Then US officials discovered 5G and it became a potential threat to future 5G. Subsequent to that, Huawei's entire business, including its handsets, was deemed a risk.

It is an erratic and arbitrary way to regulate business, especially in the name of national security.

It makes China's restrictions on foreign firms look almost reasonable. China is even less attracted to free trade than the current US administration, but it manages to come up with entire categories to exclude rather than targeting individual firms.

The plight of Huawei, a global company with $121 billion in revenue last year, has no precedent.

Without any US concessions, it is difficult to see it surviving as a top-line network and handset vendor.

An unnamed European telecoms exec told the FT the potential collapse of the biggest network supplier in the market would be "catastrophic."

Analyst Richard Windsor states on his blog: "This new level of restrictions means that almost every product that Huawei makes is at risk and if no licenses are issued, it is not inconceivable that Huawei goes out of business entirely."

Nothing is likely to change ahead of the US election. Post-election, regardless of the result, there are a couple of glimmers of hope.

One is that Washington will feel the combined pressure from the US chip industry over lost exports and from European governments, already stretched by the pandemic, over the cost of replacement kit.

The other, more important, would be a deal with China that allows some supplies to resume.

Right now that doesn't appear the most likely outcome, but both sides have incentives to settle.