Five days in and already 2021 is getting weird.

We have just learnt that Ericsson CEO Börje Ekholm is lobbying the Swedish government to lift the proposed 5G ban on Huawei and ZTE.

He has even threatened to exit Sweden if his competitors aren't allowed back into the market.

That's dedication. You certainly won't see any Chinese companies advocating on behalf of a foreign competitor. 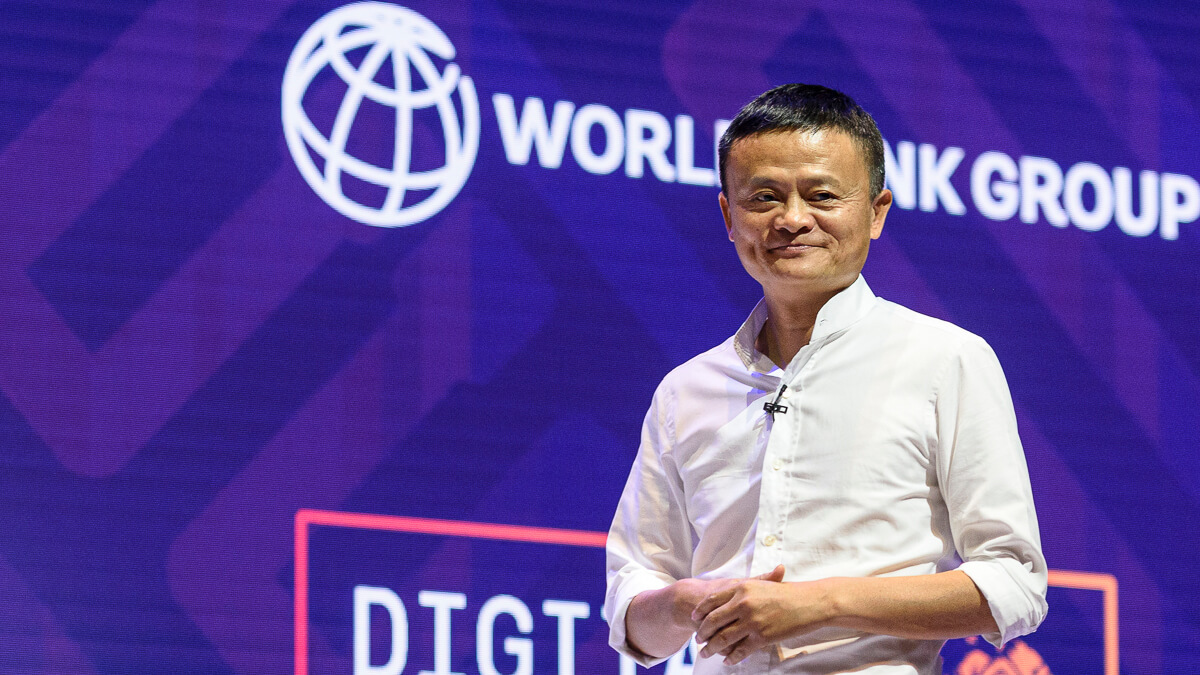 Now you see him: Alibaba founder and billionaire Jack Ma has been missing since a speech critical of China in October.
(Source: World Bank on Flickr CC2.0)

This is the kabuki dance that CEOs must perform for China to demonstrate their reliability. As Ekholm knows, when it comes to business in China, you can't buy too much insurance.

Ericsson is the last foreign vendor standing in the China 5G market. In 2019 China accounted for a bit under 10% of total sales and 40% of Ericsson's global production.

In today's China, CEOs and their businesses have a habit of coming undone. Most recently Ren Zhiqiang, a well-connected real estate tycoon, earned 18 years in the slammer for calling Xi Jinping leader a "clown."

Another well-backed businessman, financier Xiao Jianhua, was abducted from a Hong Kong hotel in 2017 and much of his business empire has since been dismantled.

Now questions are being asked about Alibaba founder Jack Ma, who has topped the Forbes China rich list for the past few years with estimated net worth of $65.6 billion.

I am honored to partner with HRH The Duke of Cambridge @KensingtonRoyal & other global leaders and organizations to support the @EarthshotPrize and tackle the environmental challenges we all face. Together, we can protect our planet from climate change! https://t.co/0ax1imIZMC pic.twitter.com/EN6yissNGI

Ma, who formally retired from Alibaba in 2019, hasn't been seen in public since making a speech to the financial community in October in which he assailed China's "lack of a financial system" and complained about the risk aversion of regulators.

Just over a week later authorities pulled the mammoth $37 billion IPO of the Ant Group, Alibaba's payments and fintech subsidiary.

One of the few entrepreneurs widely known outside China, Ma's absence has prompted mounting interest in global media, who have noted his Twitter account has gone silent and that he did not appear for the TV final of an African startup contest in November.

Never too big to fail?

Meanwhile, Beijing has been giving it to Alibaba with both barrels.

The deputy head of the People's Bank of China, Pan Gongsheng, has demanded the company return to its online payments roots, rectify irregularities in insurance and wealth management, and protect customers' private data.

As the Alibaba-owned SCMP.com reported, Pan's scolding "underlined the fintech giant's failure to meet regulatory requirements and its monopolistic behavior. It also outlined the requirements that the company must now meet as soon as possible, including the creation of a revamp plan and an implementation timetable."

Separately, the State Administration of Market Regulation has opened an anti-trust inquiry into Alibaba's ecommerce operations, accusing it of abusing its market dominance.

A veteran China analyst, Johnny Lau, told Apple Daily that Ma had lost the trust of the government and the company would most likely be found guilty of anti-competitive conduct.

Law drew the contrast with yet another tycoon, Wang Jianlin, a real estate developer who also carried the mantle of China's richest man for a number of years before his fall from grace in 2017.

Wang was forced into restructuring his businesses though he has managed to keep most of his wealth. But he has also since kept a low profile.

From a wider viewpoint, Ma's disappearance is another sign of Beijing's ambivalence toward business and technology.

It has vaulting ambitions for AI, the industrial Internet, smart cars, smart cities and the rest.

Yet it expects that those who create the technologies and take the risks do so only on the opaque terms set by the party and knowing that the more successful they are the greater the chance of losing their business.

China's leaders would no doubt disagree that they show any ambivalence.

But this formula will hardly inspire the fresh ideas and risk-taking that they are banking on to transform the country into a global tech superpower.