In fact, 5G networks will support 3.6 billion users by 2025, says the London-based market intelligence firm. The reason is that 5G smartphones have proved both more abundant and significantly cheaper than widely expected a year ago.

This is especially true in China: Well over half of China's new smartphones sold in the past three months feature support for 5G, after big support from the country's three main mobile network operators. 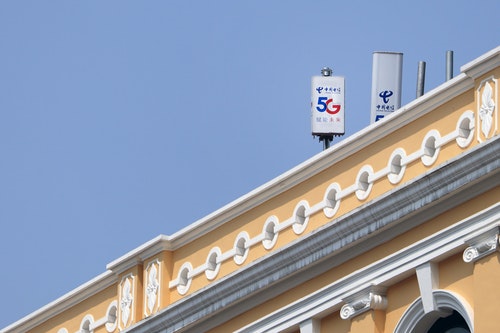 Further, more than 170 million Chinese smartphones will be connected to 5G networks by the end of 2020, the lion's share of 260 million worldwide, say the report's authors. This number will jump to 630 million by the close of 2021.

These predictions come as Apple prepares to release its iPhone 12 today, expected to be the Cupertino company's first able to connect to 5G networks. (5G will "finally get its US closeup" with the Apple announcement, writes Reuters.)

Most new Android smartphones arriving in the US market already have 5G capability. This includes all three of Samsung's S20 devices, its Galaxy Note 20 (and 20 Ultra), and its Galaxy Flip 5G, as well as Motorola's Edge Plus, the LG Velvet and the OnePlus 8 (and 8 Pro).

Even people who don't go out looking for a 5G device are likely to upgrade to one. According to the report, 60% of all phones sold in Western Europe and North America in 2021, and 85% in 2024, will talk to 5G networks.

In the short term, "keen pricing and an abundance of device choice will ensure 5G finds the consumer without radically new uses for the technology," says CCS Insight's consumer and connectivity director, Kester Mann.

This is lucky, for 5G adoption, because most mobile phone users actually haven't yet been convinced about the benefits of 5G networks. Among people who don't already have a 5G device, 44% of mobile users in the UK and 29% in the US say they don't need one.

Notably, these percentages were even higher than when CCS Insights asked the same question a year ago.

But ironically, this has accelerated manufacturers' rollout of 5G options.

COVID-19 "has sparked intense competition among manufacturers," says Marina Koytcheva, CCS Insight's vice president of forecasting. Indeed, prices of 5G smartphones from prominent brands have nosedived to £299 (US$389), with further drops likely before the end of the year, she says.

Meanwhile China, the engine now of the world's 5G expansion, may have slightly less steam because of US efforts to hobble Huawei.

The costs of China's 5G network, which uses three times as much energy as 4G, are also proving a headache for Chinese telcos. Each of the three main carriers are now switching its 5G transmitter stations to sleep mode between 9 p.m. and 9 a.m., because there are too few people using them.

So customers may not yet be convinced about the need for 5G  possibly rational, given the low-spectrum speeds mostly on offer are by and large not dizzying.

But in terms of getting way more 5G devices than expected into people's hands, it looks like a massive Chinese government push and coronavirus creating competition will do for now.