ByteDance's TikTok sale gets yet another extra week

The Trump administration has given TikTok's Chinese owner ByteDance another week to complete the sale of its video-sharing platform's US operations.

The new deadline for the sale is December 4, according to a Wednesday court filing by ByteDance.

The US Department of Treasury said the extension would allow the US's Committee on Foreign Investment in the United States (CFIUS) "time to review a revised submission" regarding terms of the sale. 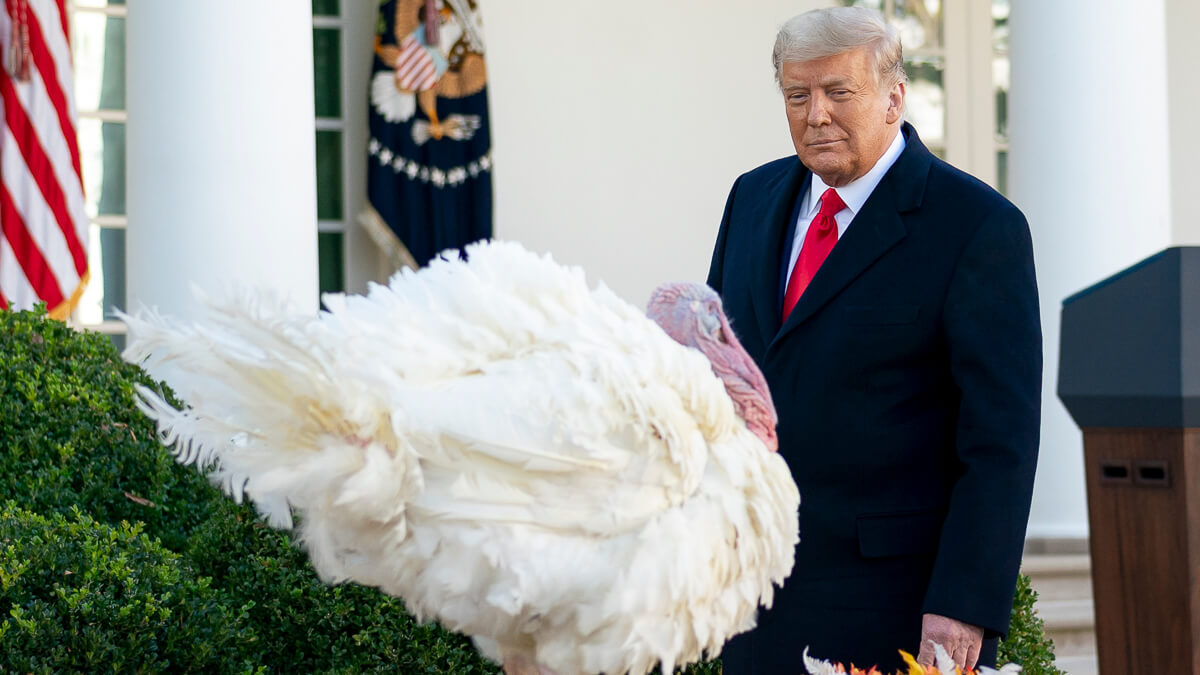 Biden their time: ByteDance is hoping that much like Corn and Cob, the turkeys pardoned this Thanksgiving by outgoing President Trump, they'll eventually get a reprieve.
(Source: White House)

The proposal involves Walmart and Oracle taking substantial stakes alongside other ByteDance US investors in a new company, called TikTok Global, that will oversee the video-sharing platform's US operations. That company will be fully US owned.

ByteDance's strategy, however, appears to be one of fighting a ban on its operations in the US courts, and waiting for the Biden administration to take office on January 20, 2021.

ByteDance has won significant victories so far in the US courts, and the subsequent appeals process may very likely win it enough time to get to Inauguration Day.

In September, US District Judge Carl Nichols issued a preliminary injunction against a Trump administration order which would have banned new downloads of the app after 11:59 p.m. on September 27.

Much, then, clearly depends on what stance the incoming administration will take towards ByteDance – and its economic policies toward China more broadly.

And that is the million-yen question. US-China economic relations have deteriorated under Trump, with the tech sector, and companies like Huawei and ByteDance, in the frontline.

China, if Chinese state media is any guide, is currently cautious about hopes for a reset in relations.

Beijing "should not harbor any illusions that Biden's election will ease or bring a reversal to China-US relations," the state-run Global Times said recently.

But it also added, "nor should [China] weaken its belief in improving bilateral ties".

One guide to Biden's China policy is his track record during the Obama administration.

As vice president, he made frequent trips to Beijing to win China's support for Washington's broader foreign policy aims, such as putting a brake on North Korean nuclear ambitions.

In 2013, during a two-hour meeting with President Xi Jinping, Xi referred to Biden as an "old friend of China".

And in press statements during the presidential campaign, such as an NPR interview, the president-elect said "We're going after China in the wrong way."

Though he said Trump-era tariffs were hurting the US as much as China, he also raised criticisms of Chinese intellectual property theft and regulatory rules requiring 51% Chinese ownership in business operations in China.

Biden indicated, though, that Washington would take a multilateral approach to getting China to abide by international economic rules.

"What I'd make China do is play by the international rules, not like [Trump] has done", he said in the second, October presidential debate.

"When we gather the rest of the world that in fact engages in open trade and making sure that we're in a position that we deal with WHO the right way ... That's when China's behavior is going to change." he said in the NPR interview.

Meanwhile TikTok appears to face competition from Snapchat, which with its new Spotlight feature recently offered users a share of $1 million a day for the most popular clips.

Users who choose to post videos to the Spotlight platform will have their profiles obscured, so contributors' previous fame will count for less.

The move will also allow users to contribute content without attracting attention they do not particularly want.

So even if TikTok manages to hang on until a new US administration takes over, it will have its hands full fighting off competition instead of regulators.