Biden tightens up Huawei restrictions as Quad summit rolls on

President Joe Biden's administration has added to its hard line on the Shenzhen tech company by tightening up restrictions on suppliers who sell components like semiconductors, antennas and batteries for Huawei's 5G equipment. 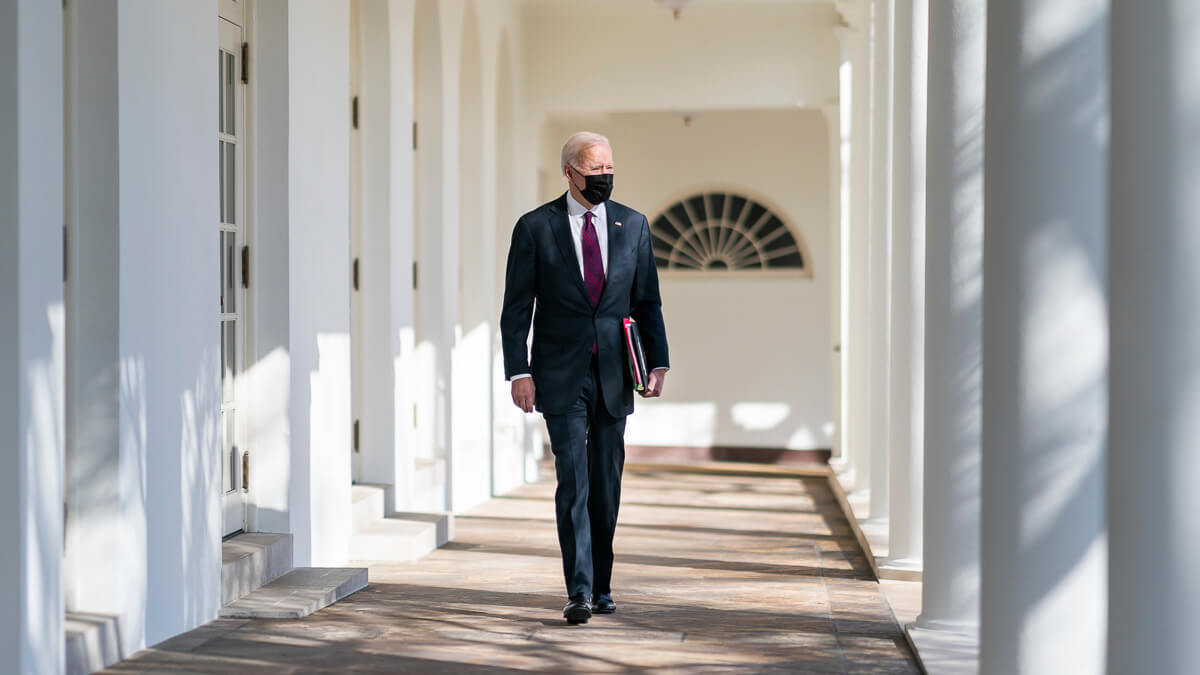 Walk it through: Biden may be dismantling a lot of the past four years, but he's still keeping Chinese tech at arm's length.
(Source: The White House)

And the measures, which come into force this week, go further than the confusing rules which followed the Trump administration's decision to require firms to seek government licenses to sell US intellectual property to Huawei.

Trump in May 2019 added Huawei to the Entity List, a trade blacklist run by the US Commerce Department's Bureau of Industry and Security.

This sounds draconian, but the Trump administration's application of the rules was in reality a hodgepodge.

Some companies found themselves under tight restrictions, while others were pretty much able to carry on shipping components to Huawei which the company then could have used in its 5G equipment.

So in some respects it's a tidying up of a late Trump administration tale of policy inconsistency.

But as far as rolling back the Entity List, not a chance.

Commerce Secretary Gina Raimondo says she will be using the list "to its full effect".

It's probably not quite the result Huawei hoped for when last month it called for opening talks between it and the Biden administration "separately" from Beijing.

Huawei's chief financial officer, Meng Wanzhou, is, meanwhile, under house arrest in Vancouver, in the final rounds of a court battle as she fights extradition to the US on fraud charges.

The news came as Biden threw open the White House doors to meet leaders from Japan, India and Australia – all democracies located in Asia, with whom he has said he will work to counter Beijing.

Though it was founded in 2007, it was the first ever meeting of all four leaders of the Quadrilateral Security Dialogue, or Quad.

The informal strategic group was placed on ice for a decade in 2008 when Prime Minister Kevin Rudd withdrew Australia.

India's new procurement rules are due to come into force in June.

Partly Delhi wants Indian manufacturers to produce more telecoms equipment, but partly it is mindful of security worries from China after strained relations between the two countries over their shared border.

Huawei will likely feature on a "no procurement" blacklist restricting carriers' purchases after June 15. ZTE may feature on the list, too.

Some observers, like analyst Ma Jihua, think the Quad capitals may be considering turning Huawei into a bargaining chip with Beijing.

And also, a more multilateral approach to China – as opposed to Trump's – means US allies would bear and share costs of containing China's robust tech group, adds Ma.

Some Chinese commentators, like Gao Lingyun from the Chinese Academy of Social Sciences, have questioned whether the Quad is capable of presenting a cohesive front against Beijing, like NATO did during the Cold War against the Soviet Union.

The Quad has "neither a standing body, nor a secretariat", Gao tells China's party-linked Global Times.

Meanwhile, authorities in Myanmar, where a military junta seized power in a coup in February, have deployed 335 Huawei surveillance cameras, with AI technology to scan faces and vehicle license places.

More are soon to be rolled out in Mandalay and Yangon. Human Rights Watch has called for Huawei to stop supplying the technology.

So if Washington and its allies do succeed in cutting their countries' ties with Huawei, there are other, less savory customers waiting.