Huawei can expect more European hardship in the Biden era

Huawei is praying a change in US leadership will ease pressure on its $123 billion business. But the early signs have not been encouraging.

Tony Blinken, the prospective new US Secretary of State, might be a less divisive personality than incumbent and AC/DC fan Mike Pompeo, whose mission of sending Huawei to hell riled some European governments. But the alternative could be a more cohesive assault on the Chinese vendor, which is fast losing friends in Europe. Blinken has reportedly spoken of working through NATO to block Huawei's 5G progress in the region.

Victor Zhang, Huawei's vice president, would have felt jilted when a mid-November plea for clemency in the UK was studiously ignored. Days later, the Conservative government tightened its restrictions by outlawing the installation of Huawei's 5G equipment beyond September 2021. The election of Joe Biden has not prompted the sort of rethink Zhang hoped it might. 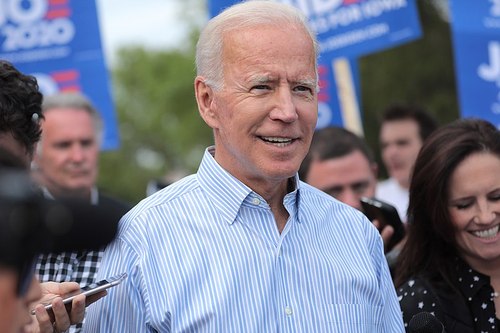 US President-elect Joe Biden is unlikely to be soft on Huawei.

The pattern is the same across much of Europe, and with good reason. Sanctions imposed by Donald Trump had bipartisan support and there is scant chance they will be rolled back with the Senate under the likely control of the Republicans in future. Huawei has sounded as panicked about these, and their impact on its supply chain, as an aircraft pilot running out of fuel. Some customers are parachuting into safety, whatever their governments say.

At the political level, opinion in Europe is now swinging firmly against China, whose saber-rattling in Asia, widely documented persecution of Uighur minorities and disregard for international trade norms are prompting a reappraisal of the relationship with Chinese companies. Huawei insists it is privately owned and not subject to Chinese state control, but critics are unappeased. After all, the nature of undemocratic governments is to control everything. The recent sale of Huawei's Honor smartphone business to a government-backed consortium just seemed like evidence of the state involvement that Huawei's opponents have complained about for years.

Still, there is no smoking gun that shows Huawei's network includes software for spying on Europeans or even crippling European networks. But is the risk worth taking when China's philosophy is so clearly unaligned with Europe's? No amount of government checks can eliminate that risk entirely, or network security breaches would be a fiction. "The main concern is not about spying," said Michael Trabbia, a senior executive at France's Orange, during a previous conversation with Light Reading. "The fear is their ability to stop or block the network."

The existence of competitive alternatives to Huawei has emboldened some governments and operators now dispensing with it. Sweden's Ericsson is at the front of the queue with a resurgent networks business under the stewardship of Börje Ekholm, CEO since 2017. Nokia, a Finnish rival, is also now landing contracts at Huawei's expense. The suggestion Europe would suffer badly without Huawei's expertise is largely unsubstantiated. The US manages without it, and so do KT Corp and SK Telecom in South Korea, one of the world's most advanced 5G markets. BT thinks it can replace all Huawei products in its network by 2028 for an additional fee of just £500 million ($674 million), about 2% of last year's sales.

Some governments and service providers are also optimistic that open RAN, a new technology, will produce more rivals in the future. Open RAN relies heavily on software, substituting general-purpose kit for today's customized equipment. Unlike traditional networks that tie operators to one supplier's system, it would also support the use of products from different vendors at the same site. Currently, it raises more questions than it can answer. And it is forecast to account for less than 10% of all spending on 4G and 5G radio access networks in 2024, or just $3.2 billion in sales, according to Daryl Schoolar, a practice leader at Omdia. But none of that has dampened enthusiasm.

Parallel Wireless, a developer of open RAN software, says interest has grown thanks to Chinese supplier bans. "The UK government recently unveiled a series of projects designed to push the use of open RAN to increase operator supply options," it said in a paper about the market outlook. "We also predict that other countries will impose similar bans, encouraging the open RAN supply chain to avoid duopoly dictated pricing."

Yet there are still some Huawei holdouts, including Europe's biggest economy. In Germany, operators believe they can mitigate the security risk by removing Chinese products only from the "core," the sensitive control center of the network. Elsewhere, they remain heavily reliant on Huawei. A 5G network built by Deutsche Telekom, the national incumbent, reaches nearly two thirds of the population and was provided mainly by Huawei. Replacing it quickly would not be a low-cost activity.

Unlike the UK and France, which have plans to phase out Huawei equipment by 2028, Germany's government has been reluctant to join the fight. Undoubtedly, it is worried about its cozy trade relationship with China, which bought about 100 billion ($121 billion) worth of goods from Germany last year, a figure that equals about half the European Union's China-bound trade exports. There is similar concern among the Swedes. When Swedish authorities recently said 5G license winners would not be allowed to buy network products from Huawei or ZTE, Ericsson spoke up about the unfairness. Chinese retaliation, of course, might damage its fast-growing business in North East Asia, where sales were up 23% year-on-year in the recent third quarter, to 8.8 billion Swedish kronor ($1 billion).

But even in Germany, Huawei's situation looks precarious. José María Álvarez-Pallete López, the CEO of Spain's Telefónica, has hinted at a forthcoming replacement of Huawei kit in Germany, using the word "clean" to describe infrastructure free of Chinese influence. Networks in Spain and the UK already qualify, he recently said, while "Telefónica Deutschland [Germany] and Vivo [Brazil] will be in the near future without equipment from any untrusted vendors."

In the meantime, Timotheus Höttges, Deutsche Telekom's CEO, has urged authorities to mandate the use of open RAN in telecom legislation. "The Telecommunications Act and the IT Act need to be amended in certain regards," he told reporters in August. "I think it would be good if these amendments also cover open RAN regulations for the access network. We need some statutory rules and they should be mandatory for all equipment providers." Höttges is probably playing for time  clued-up authorities realize open RAN is still not ready for widespread commercial deployment. But future rules could augur badly for Huawei, which has been dismissive of open RAN technology.

Politically, the worst development for Huawei might be a rapprochement between Europe and the US, which have bickered in the Trump era. A US president better at diplomacy, and a Secretary of State more amenable to compromise, could tilt Europe decisively against Huawei, something the obstreperous Trump and his eager-to-please lieutenants never quite managed.

Worth remembering is that Joe Biden served under a former president who was no friend to Huawei. "The Obama administration went to all the wireless carriers and said please don't use Huawei," said Tom Wheeler, who chaired the Federal Communications Commission under Obama, during a recent interview with Light Reading. "The Obama administration urged against the use of Huawei, for some clear-cut and obvious reasons." They will be spelled out to Europe again next year.